Home Entertainment Peace Akinyode: Is it Selfish to Choose Not to Have Kids?
Facebook
Twitter
WhatsApp
Telegram
Email 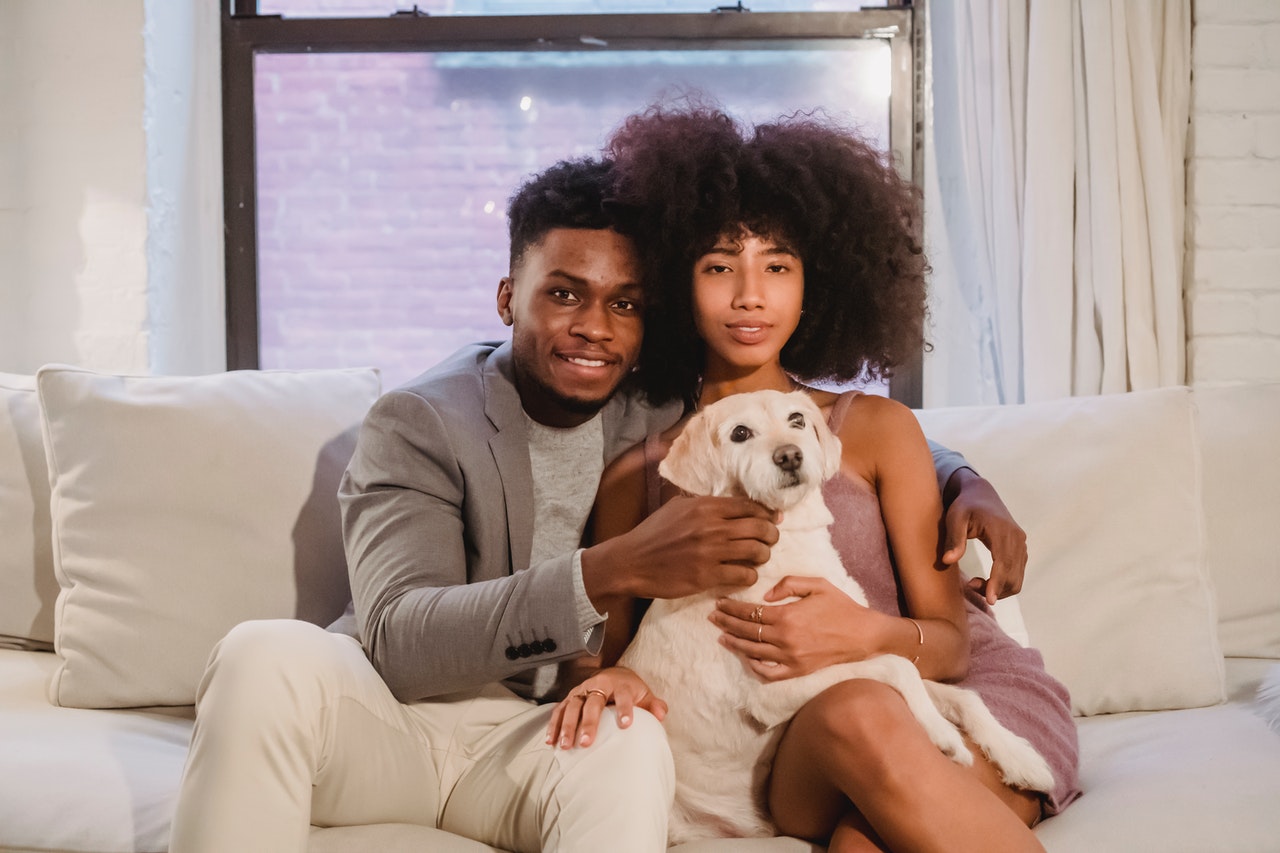 The leader of the Catholic church, Pope Francis, once came under fire for his criticism of people who choose to be pet pops and moms instead of parenting children. While addressing a general audience on January 5, 2021 at the Vatican, Pope Francis encouraged people to consider adoption as a valid form of parenthood, just as Joseph fostered the virgin-born, Jesus. Where he attracted knocks was at the point he went further in his address, to attack the current trend of people owning pets and choosing to remain child-free. In what he described as a demographic winter, the pontiff said this trend of intentional childlessness was a certain type of selfishness that would breed problems for humanity.

In his words, “and today, even with orphanhood, there is a certain selfishness. The other day, I spoke of a demographic winter that exists nowadays. People do not want to have children, or just one and no more. And many couples do not want to have children because they don’t want to, or just have one because they don’t want any more, but they have two dogs, and two cats. Yes, dogs and cats take the place of children. Yes, it is funny, I understand, but it is the reality.”

With demographic winter, the Pope seems to be pointing to the recent sharp decline in birth rates of many countries across the globe. According to the World Population Data Sheet released by the Population Reference Bureau (PRB), the world’s average birth rate fell from 3.2 average births per woman in 1990 to 2.3 in 2020. The report also mentioned that, from all indications, the rate will continue to dip. The World Economic Forum highlights the fact that even countries with high birth-rates like Nigeria, 5.1, and Pakistan, 3.4, indicate a decline from decades ago (1960) when Pakistan maintained a 6.6, and Nigeria a 6.4 birth-rate.

Inarguably, the COVID-19 pandemic (which brought about economic and social uncertainties) is a major facilitator of this decline that has raised the concern of many countries, including the notoriously anti-natal China, which recently expanded to a three-child policy. The pandemic, on the other hand, only exacerbated an existing problem and exposed flaws in existing societal systems that have failed to encourage birthing.

Economically, experts have located the current state of the global economy as a key reason why more people are choosing not to have children. Most countries have been and are currently experiencing inflation, a major effect of the pandemic in the global economy. Soaring inflation translates to a decline in people’s purchasing power; this means people have less money to buy baby items, pay for standard natal care, and take care of other incidental expenses. In essence, childcare has become a financial back-breaker, which many are trying to avoid. This situation is even worse for countries like Nigeria, with clueless leaders whose policies only serve their pockets.

Keeping in mind that fertility rates are dependent on the number of children women birth on an average during their lifetimes, the move of women from being solely homemakers to being active workers should also be examined. The days where the income of the father can easily cover all the home’s needs are over. To maintain the family, more women have to join the workforce. Many women have no choice but to have fewer children because when women pair working with motherhood, it comes with sacrifices that restrict the heights that can be attained in their careers. In terms of childcare, many women find themselves at the short end of the bargain. Despite the bodily sacrifices made for the childbearing process, many end up shouldering disproportionately, and compared to fathers, the labour of caring for the children after birth.

It is worthy of note that in the corporate world, women get punished for childbirth or the possibility of it. Tales abound of companies refusing to employ married women, terminating the employment of pregnant workers, or cutting corners on maternity leave. Paternity leave, which allows men to contribute their quota to childcare, is still a debate in many countries. Thus, it is only sensible that many women are shrugging off the burden of being the containers for the continuation of humanity, especially in a society that treats them as second-class citizens. In cases where women choose to bear children and still nurture their careers, as Pope Francis rightly noted, most can only afford the consequences of one or two.

Should it then be tagged as selfish if people, in consideration of the bearish state of the economy, chose not to birth children they would be incapable of catering for? Or should financially handicapped people continue to bear children in a country like Nigeria, where welfare translates to a state governor distributing 500 naira for postnatal care in derelict healthcare centres?

Environmental concerns are another reason why people are validly reconsidering parenting. The National Aeronautics and Space Administration (NASA) declared 2021 as the sixth hottest year on record, a year after declaring 2020 as the hottest. Ice caps are melting, water levels are receding, forests are turning into deserts, droughts, pandemics, hurricanes, earthquakes, floods, and other natural disasters continue to intensify by the year. Inarguably, the woes besieging the earth are largely due to the exploitative and nonchalant attitude of humans towards their environment.

World leaders are committed to incessant conferences, dialogues, and treaties that translate into zero working policies. Even as individuals, there are many who give no hoot about the issue of climate change because its effects are not yet apparent. While parents of this age have time on their side, if drastic actions are not taken to redirect the course of climate change, the children’s teeth will be set on edge for the grapes their fathers have eaten.  Earth’s poor prognosis remains a valid reason why people are choosing to save other potential human beings from the turmoil of dealing with these imminent disasters by not bringing them here in the first place.

The moral climate of the world is another concern making people choose to have pets rather than children. With social media exposing happenings around the globe, the kind of world potential children will be left with in terms of morality is enough to scare prospective parents. Widespread news of violence propagated by terrorists, serial killers paedophiles, mass shooters, school bullies, and cultists is enough to discourage parenting. One should not start with corrupt government officials and the rise of sadistic tyrants. Where exactly is the space for these innocent souls in this hell that has descended on earth?

In addition, a lot more people are acknowledging their mental incapability to nurture children, and it is only fair that they not be guilt-tripped into taking on the responsibility. Insecurity, low self-esteem, violence as a twisted representation of love, codependency, and other psychological issues are plagues stemming from the normalised practises of toxic parenting that many still carry as emotional wounds. It does not help that mental healthcare continues to remain a luxury. Hurt people hurt people, and if a generation of hurt people decides against hurting any more people by not birthing them, that might just be the most selfless of decisions.

The Pope also argued that “the denial of fatherhood or motherhood diminishes us.” He said, “It takes away our humanity and, in a way, civilization becomes more aged and without humanity, because it loses the richness of fatherhood and motherhood, and our homeland suffers as it does not have children.” To buttress his point, the pontiff told the story of someone who expressed his fear of ageing without having his children to take care of him.

“As someone said humorously, ‘who will pay the taxes for my pension, who will take care of me?’  “But it is the truth,” he said in the address.

To say people’s choice of breeding pets robs us of humanity is highly arguable. Being able to care for things that are limited in expression and have no future economic value to us is the exact definition of selflessness. It is a love that comes from giving all and expecting nothing in return-unconditional. As a matter of fact, breeding children as security for old age would be the exact definition of selfishness. It means children are brought into this world, ultimately for the purpose of fending for their parents in the future. Humanity will benefit greatly from humans learning to cultivate non-transactional relationships where recipients of their love and care hold no promises of future returns.

Undeniably, children are a task. These chaos-keepers take up enormous amounts of space in their parents’ lives that the latter, despite their best efforts, are usually unable to predict. Nothing captures the sapping phenomenon of children like the words of Wole Soyinka from his memoir: Ibadan, The Penkelemes Years. The writer opined that “babies should be on the reserved list of national budgeting. The crèche should be a priority national institution operated on a local government level with trained personnel whose salaries should just be slightly below that of the Head of State, governors of mass security prisons for dangerous criminals and personnel of lunatic stadiums.” Parenting children is neither for the weak nor for those who are not ready to give their all to it.

Thus, from the consideration of these factors, it is very valid for people to opt for a child-free life. The responsibility of parenthood, either by birth or adoption, is not something to be taken on because others are doing it, or merely for the sake of contributing one’s quota to the replenishment of mankind. The decision to become a parent should be taken after careful consideration of the current state of society and the individual’s capacity. Prospective parents must also approach the task like a proverbial king going to war. Society should be after the deliberate development of emotionally stable, morally upright, and empathic individuals, instead of proliferating the earth with robotic workers as insurance for the ageing population.

The concerns about the disadvantages of an ageing population are valid. With a shrinking working age-range, several aspects of the economy will be adversely affected even while a lot of money goes into financing healthcare. However, people cannot be coerced to cater to these concerns when it means they have to lead a miserable life as a consequence. Women should not have to choose between their career and family. Swift actions should be taken to secure the earth for the unborn generation. A stable economy has to exist for childbearing to thrive. Transferring poverty through birth is callous.

Instead of pushing people into procreating, society needs to adjust its askew institutions in order to create a natal-friendly environment. The other option is to watch as people continue to sensibly remain child-free and the human species fades into relics of existence.

Photo by Andres Ayrton from Pexels