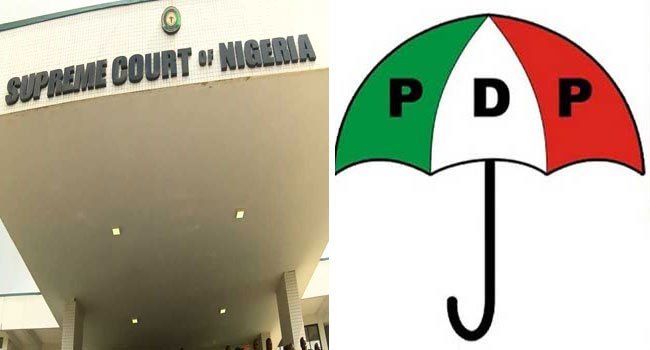 The Peoples Democratic Party (PDP) has said that it is shocked over the judgement of the Supreme Court which upheld the victory of Yahaya Bello as the Governor of Kogi State.

The apex court had dismissed the five grounds of appeal filed by the PDP candidate, Musa Wada, including allegations of rigging and over-voting, and that Governor Bello did not secure the highest votes.

In a statement on Monday by the party’s National Publicity Secretary, Kola Ologbondiyan, the PDP said that the judgment fell short of the expectation of the majority of the people of Kogi State and Nigerians in general.

The party added that the judgement has failed to inspire hope for a violent-free election in the country.

It called on its supporters and the people of Kogi State to remain calm and focused on achieving a credible electoral process in the country, while also mourning those who lost their lives during and after the election.

“Our party deeply mourns all those who were gruesomely murdered, as well as commiserates with all victims of violence.”

The PDP urged its supporters not to lose hope after pursuing the recovery of their mandate to the very end.

According to it, such commitment is a demonstration of the undying determination of the people to defend their choice of leadership.

“Our party will continue to stand with the people of Kogi State as they weather the insensitive and anti-people government in Kogi State,” the party added.