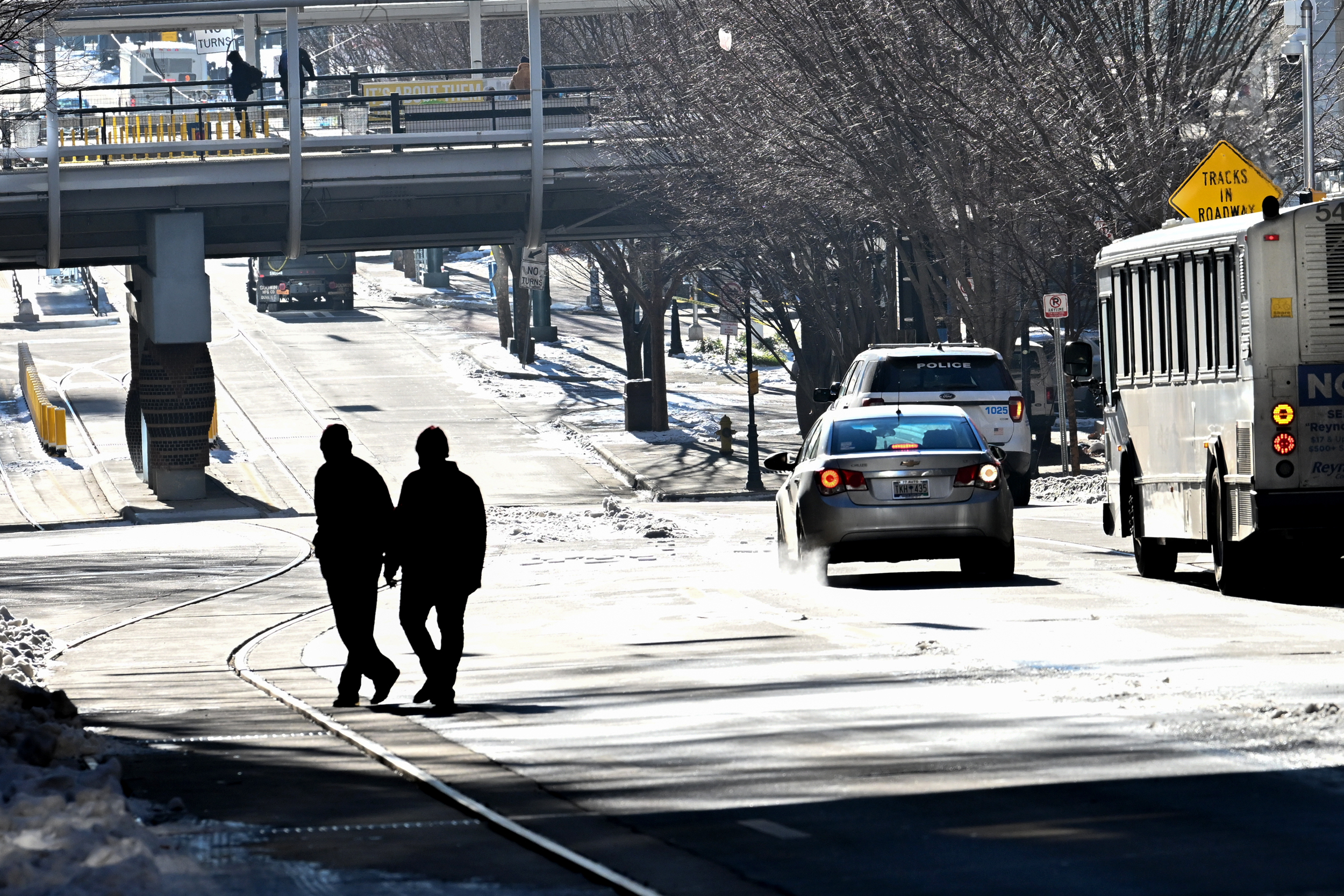 Several schools have canceled classes in coastal areas of the Carolinas and Virginia and authorities are urging drivers to stay off potentially icy roads amid forecasts of snow, sleet and freezing rain.

The governors of North Carolina, South Carolina and Virginia declared states of emergency ahead of the latest winter storm system that swept into the region Thursday, with snow expected to follow Friday night into Saturday.

The winter blast could ice over a large swath of eastern North Carolina and the northeastern corner of South Carolina, while dumping snow around Norfolk, Virginia, the National Weather Service said.

Virginia Gov. Glenn Youngkin declared a state of emergency Thursday that will remain in effect through Saturday, saying his executive order allows for greater flexibility in mobilizing people and resources to respond.

“I urge all Virginians to monitor their local weather forecasts and take personal safety precautions to ensure their safety and the safety of their families,” Youngkin said in a statement. He urged people to stay off roads during hazardous conditions.

North Carolina Gov. Roy Cooper signed a state of emergency at midweek, awaiting the second storm to hit the state in days. He said 114 National Guard troops were staging in central and eastern North Carolina to prepare to move to the affected areas. He said ice accumulations could cause extended power outages and warned temperatures could dip below freezing in coming days.

“We’re a little more concerned about this one because it’s going to be so cold Friday and Saturday night, and if there are power outages, then we are concerned about maybe some families who can’t stay warm,” he told reporters.

In South Carolina, where Gov. Henry McMaster also declared a state of emergency, schools and government offices around Charleston and other places that don’t see much frozen precipitation closed or announced shortened hours Friday. Freezing rain, sleet and snow were expected to start spreading across the state around sunrise. And utilities in the northeastern part of the state warned major power outages were possible.

An ice storm warning was issued in northeastern South Carolina and southeastern North Carolina, where rain was expected to change to mixed precipitation that includes freezing rain. The area could receive up to a quarter inch of ice before Sunday.

A threat of snow Thursday in parts of eastern Virginia and North Carolina was expected to be followed by a more significant round of snow arriving Friday night into Saturday morning. Parts of the area could get 3 to 5 inches of snow, according to the National Weather Service. Areas around Norfolk could see more than 5 inches.

In northeastern North Carolina, Perquimans County school officials noted the rarity of snow in the area in announcing schools would be closed on Friday. Forecasters said the area could see several inches of snow.

“It is not often that we get to experience snow in Northeastern NC and we hope this will be a day that you can enjoy with your children,” the school district’s website said. “Stay safe, stay warm, and enjoy the snow!”

Around Wilmington, North Carolina, New Hanover County Schools said it was canceling Friday athletics and after-school activities and holding classes remotely because of icy conditions. Nearby Brunswick County canceled school altogether Friday due to the weather.