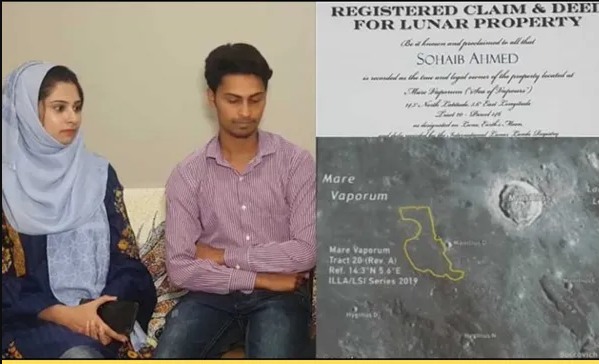 A Pakistani man has bought a one-acre plot of land on the moon as a wedding gift to his wife.

Sohaib Ahmed, a resident of Rawalpindi, bought the lunar land in the region called ‘Sea of Vapour’. The land was bought for $45 from the International Lunar Lands Registry.

The couple were sent the documents of the land on the moon at their home via US Postal Service. 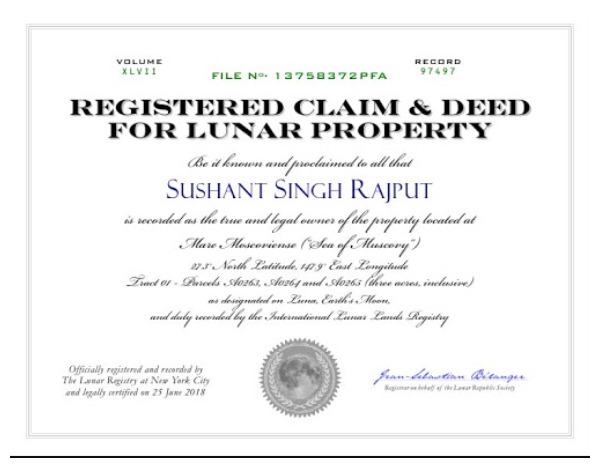 According to the Lunar Settlement Initiative’s website, “under the terms of the LSI, property claims on Luna may be offered to private entities to finance the exploration, settlement, and development of the Moon and its resources.”

It further states that “upon the recognition and certification of land claims, property owners shall be entitled to inhabit and develop their property in any manner, subject to any laws or statutes that may be established by the sovereign and independent government of Luna, which shall be freely elected by its citizens.” 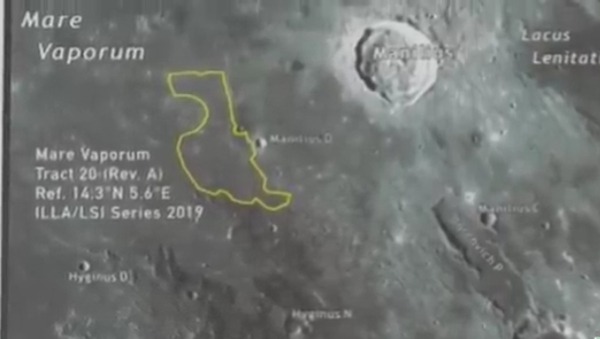 Ahmed said that he was inspired by late Bollywood actor Sushant Singh Rajput to buy his own piece of land on the moon. In 2018. Sushant bought a piece of land in the region of Mare Muscoviense, or the ‘Sea of Muscovy’ through the International Lunar Lands Registry.

His wife, Madiha said that her friends did not believe her when she told them about the shocking wedding gift she got from her husband.

“At first everyone thought it was a joke, but then I showed them the documents and then they believed it,” she told Samaa TV. She added that one of her friends also wants her fiancé to gift her a plot of land on the moon for their wedding.