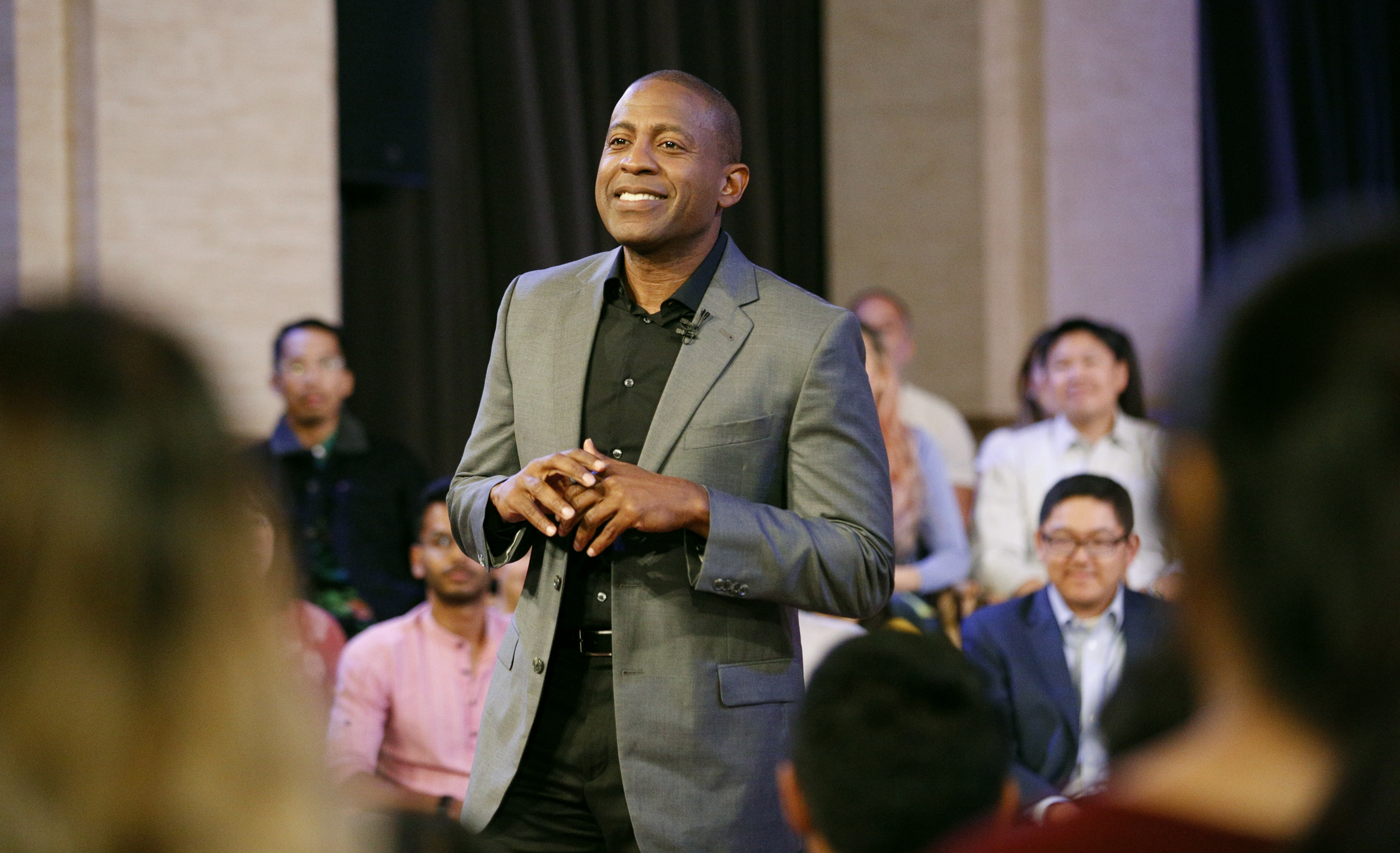 On Friday, after weeks of punishing criticism for its questionable business practices, the digital media company Ozy Media announced that it was shutting down. “It is therefore with the heaviest of hearts that we must announce today that we are closing Ozy’s doors,” the company’s board said in a statement, after advertisers and investors fled.

But on Monday morning, the executive at the heart of the company’s problems, co-founder and CEO Carlos Watson, claimed the startup was “open for business” again.

“We’re making news today,” he said in an interview on NBC News’ “TODAY” show. “This is our Lazarus moment. Last week was traumatic. It was difficult, heartbreaking in many ways, and at the end of the week, we did suspend the operation with a plan to wind down.”

In a statement to NBC News, a spokesperson for Ozy said the company was “creating multi-platform, multi-cultural content that highlights stories and issues that need to be in the spotlight but are too often ignored.”

To staff members who were let go Friday, Ozy was “reaching out to the full team to encourage them to come back” so the company could “answer any questions they might have about what’s next for Ozy.” Those who don’t return will be “paid whatever is owed to them,” according to the spokesperson.

During the “TODAY” interview, he said he spoke to investors and advertisers over the weekend, though he did not give details on precisely how the company would continue its work or who would be employed there.

“I think Ozy is a part of this moment, and it’s not going to be easy,” Watson, a former MSNBC anchor, said. “But I think what we do with newsletters, what we do with TV shows, original TV shows, podcasts and more — I think has a place.”

The fallout started last week after The New York Times published an article last month by media columnist Ben Smith about the company’s misleading statements and business practices. During a call with Goldman Sachs in February, Samir Rao, Ozy’s co-founder and chief operating officer, allegedly impersonated a YouTube executive while the media company was trying to raise $40 million, the newspaper reported.

In a statement last Monday, Watson said Rao was going through a “very personal mental health issue” at the time of the call, which has since prompted an investigation into the company’s leadership. After the conference call, Google, which owns YouTube, contacted the Federal Bureau of Investigation, according to the Times.

After the article was published, one of the company’s chairmen and co-anchors resigned, an early key investor pulled out and Watson himself resigned under pressure from the board of NPR. By Friday, Ozy Media announced it was folding entirely.

On Monday, Watson called the alleged incident involving Rao a “tragic situation,” adding he has yet to speak with authorities.

It isn’t the first time Ozy has gotten into legal trouble for its misleading claims.

In 2017, Sharon and Ozzy Osbourne filed a trademark lawsuit over the name Ozy Fest, the firm’s annual concert and festival, CNBC reported. After the Times’ story, Sharon Osbourne said Watson falsely claimed they invested in his company.

Watson admitted he never met the Osbournes and the term “investor” may have been a misnomer, but explained that he agreed to “give her shares in the company” following the Osbournes’ lawsuit.

“She may not have liked that word,” Watson said. “But let’s be clear: I’m not going to raise money by telling sophisticated people that Sharon Osbourne is an investor.”

Watson was known to be a charismatic and temperamental leader, former employees told CNBC Friday. Several reporters, who were expected to produce four feature-length stories a week, quit from burnout.

Working at Ozy was like working on the Wall Street trading floor, according to one former employee, who attributed the toxic environment, in part, to the financial backgrounds of Watson and Rao.