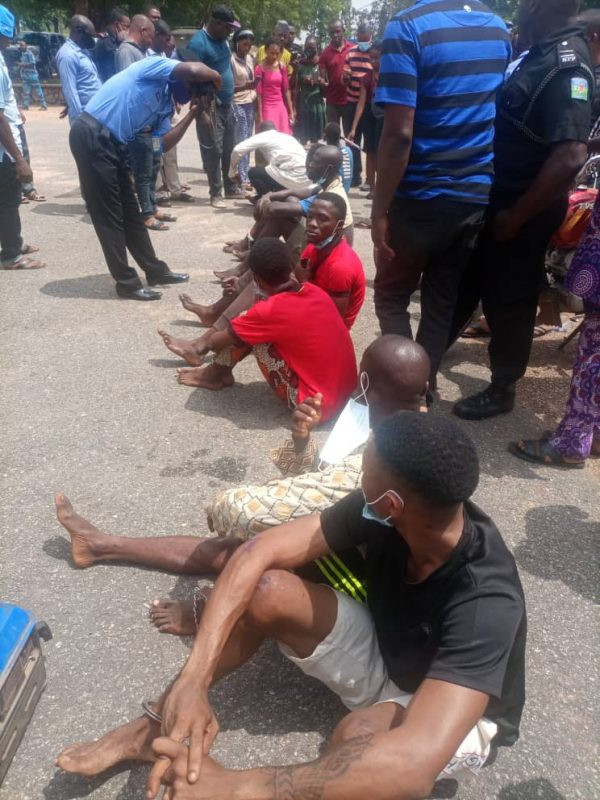 The Oyo State Police Command has arrested 9 suspected criminals in connection with the burning of Iseyin police station.

It will be recalled that hoodlums invaded the police station last Thursday, carted away arms, valuables and thereafter set it ablaze. 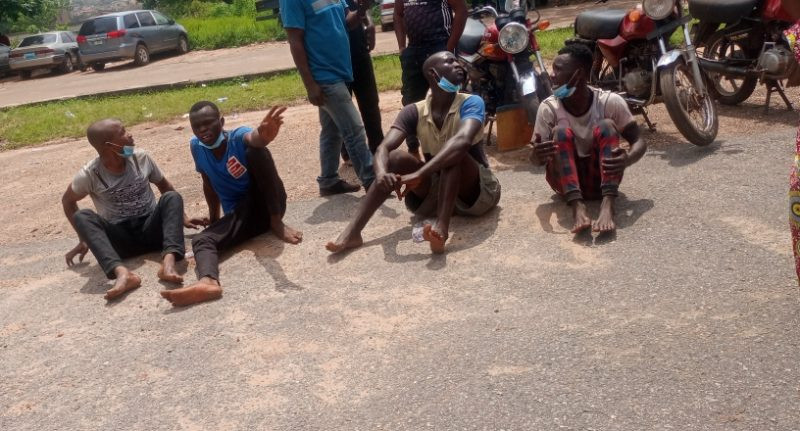 Parading the suspects at the command Headquarters on Wednesday, October 28, the state Commissioner of Police, CP Joe Enweonu said the suspects capitalized on the #EndSARS protest to commit arson and looted public and private valuables.

The CP said the nine suspects were arrested in the Oke-Ogun area of the state for attacking the Iseyin Police Divisional headquarters and carting away arm, ammunition, and other valuables. 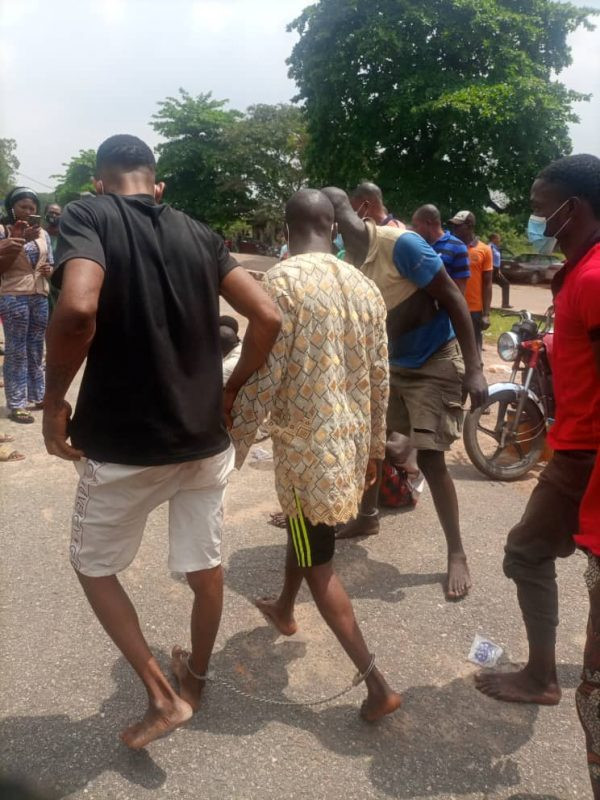 Items recovered from the suspects include one small generator, Nino wall clock belonging to the division, one Bajaj motorcycle, one hero 125 motorcycles, one TVS motorcycle.

The Commissioner also disclosed that six suspected criminals who carried out a coordinated attack on the palace of the Soun of Ogbomoso land, Oba Jimoh Oyewumi Ajagungbade the 3rd, and unleashed mayhem on the Ogbomoso town, have been arrested and charged to court. 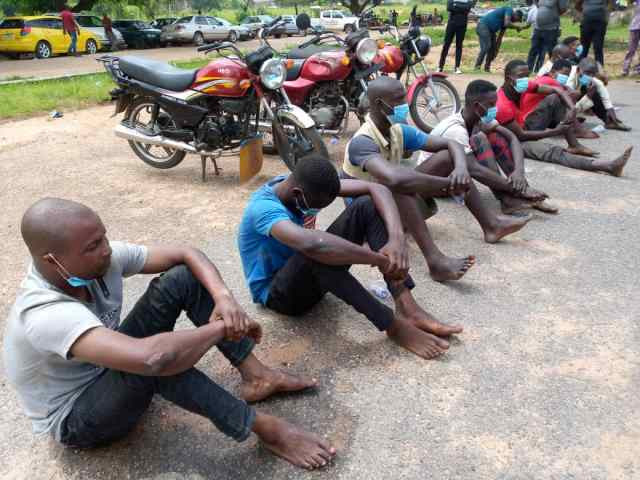 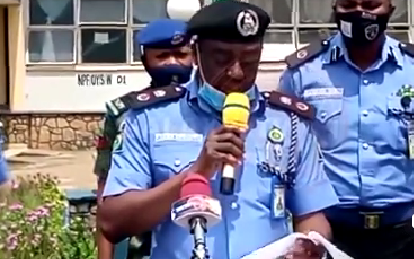 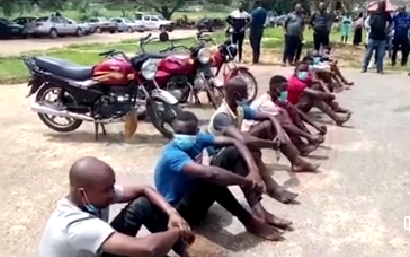 ‘We Will Continue To Work With Our Neighbours’, Buhari Tells President...

Catch Up on 5 Interesting Episodes of “Untold Facts” Season 5...