Home National Oyedepo rejects CAMA, insists no one can appoint a trustee over his...
Facebook
Twitter
WhatsApp
Telegram
Email 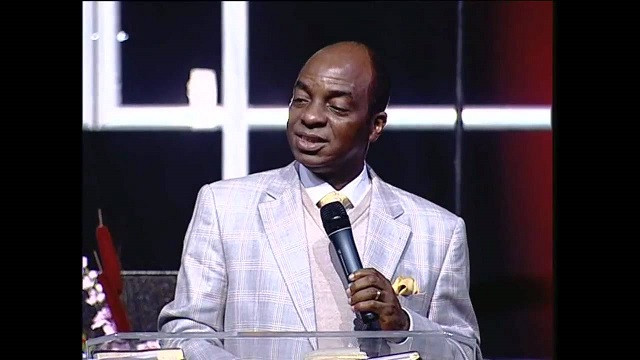 Bishop David Oyedepo has criticized the application of the Company and Allied Matters Acts (CAMA) in churches, following its signing into law by President Muhammadu Buhari on August 7, 2020.

The law which permits the registrar-general of Corporate Affairs Commission (CAC) and a supervising minister to strictly supervise religious bodies and charity organisations, also gives the commission power to suspend the trustees of an association or a religious body and appoint an interim manager or managers to coordinate its affairs where it reasonably believes that there has been any misconduct or mismanagement, or where the affairs of the association are being run fraudulently or where it is necessary or desirable for the purpose of public interest.

In his sermon on Sunday August 16, the founder of Living Faith Church Worldwide who questioned the rationality behind subjecting churches to same laws as companies, averred that such laws were borne out of government’s jealousy about the prosperity recorded by the church.

Oyedepo maintained that the law will not work out in the church as he also criticized the election of old politicians into political offices.

“The church works on the pattern delivered by God not the pattern of man. Government has no power to appoint people over churches. This is a secular nation. The church is the greatest asset of God in this country. Please be warned. Judgment is coming. The Lord says I have been still but now I will arise. Anybody that is in this deal is taking poison. This will never work. I am waiting for a day when anybody will appoint a trustee over this church… You can’t gag anybody. We own this country together.

“It is only in Africa that people who are over 80 years still run around to become president. I know that it is the prosperity of the church that is making them jealous. But I am going to live to see an army of many winners soar greater. In this church shall emerge one of the largest concentration of giants on earth.”

Fulani own all the lands in Nigeria, no power can remove us from Ondo forests – Miyetti Allah leader, Bello Abdullahi Bodejo says

Spain’s Chief Of Defence Staff Resigns For Getting Vaccine Before Being...