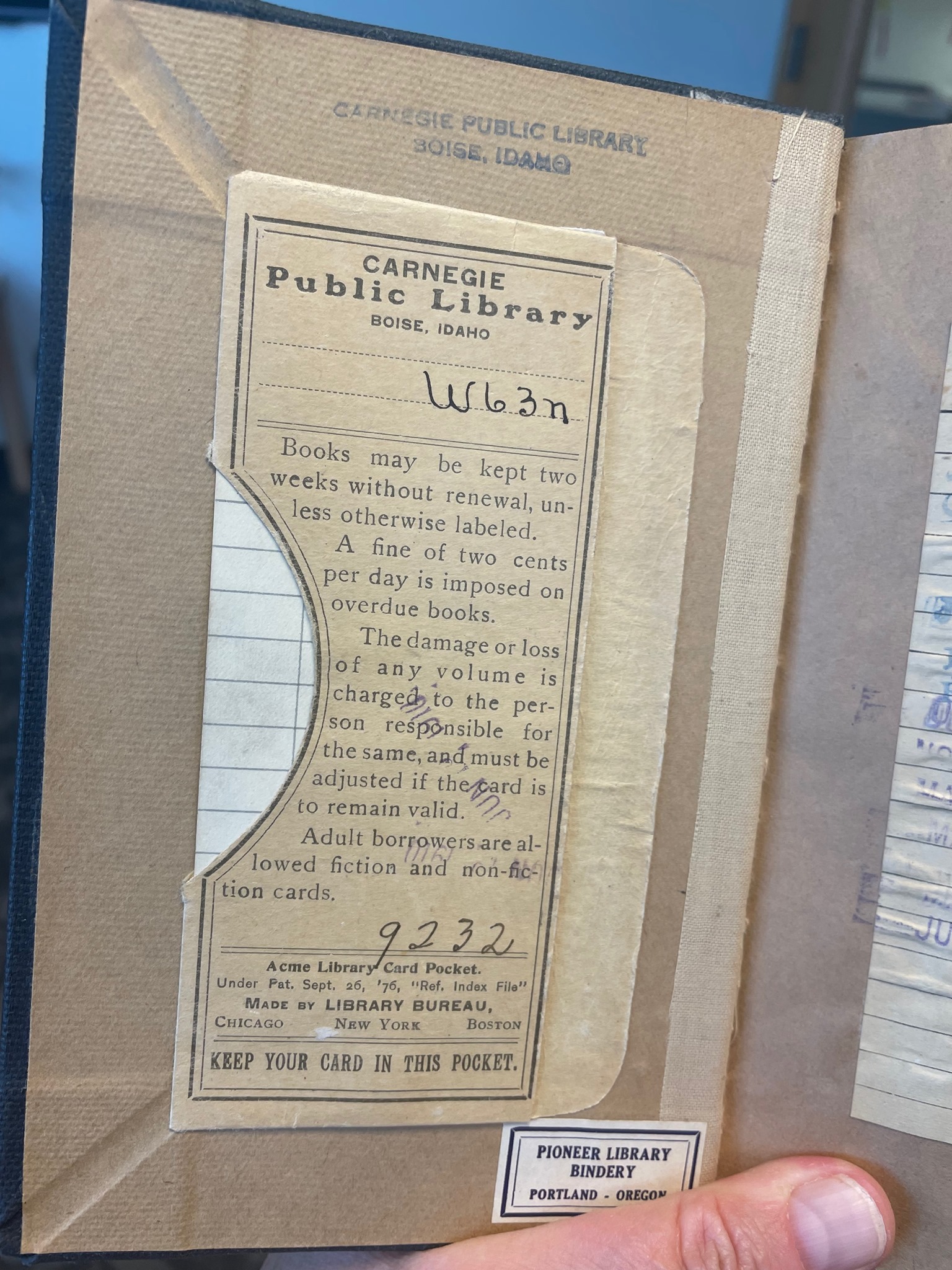 A children’s book checked out from the Boise, Idaho, public library in 1910 vanished for 111 years only to be returned anonymously, library officials said.

A copy of “New Chronicles of Rebecca” by Kate Douglas Wiggin, still in good condition, was recently returned to the Garden Valley District Library, about 51 miles outside of Boise, city library officials said.

“The checkout desk noticed that it was rather old and it didn’t have any current markings, so they looked into it,” city library assistant Anne Marie Martin told NBC affiliate KTVB of Boise.

“I don’t think anybody here has seen a book” that’s been away for so long, she said.

First published in 1907 as the follow-up to “Rebecca of Sunnybrook Farm,” the book tells the tale of girl who’s verve inspires her aunts. It was adopted as a 1938 musical that starred Shirley Temple as Rebecca.

After the Boise Public Library welcomed the book home, it was placed in its history room, where books can be browsed but not checked out.

According to the library system, the book had originally been checked out from the Carnegie Public Library, a circa-1905 building on the National Register of Historic Places that is now devoid of books.

Readers could keep books for two weeks before fines were triggered, a pocket inside the cover said.

The book was more than 40,000 days overdue and could have amassed fines of 2 cents per-day adding up to more than $800, the Boise library said. But in the early twentieth century fines were capped at the purchase price of the book, which would have been $1.50, KTVB reported.

The figures are hypothetical these days.

Like other library systems, including New York City’s, Boise has eliminated late fees.

“It would be great if we could find out what happened, but that said, sometimes there are just mysteries in history,” Martin said.