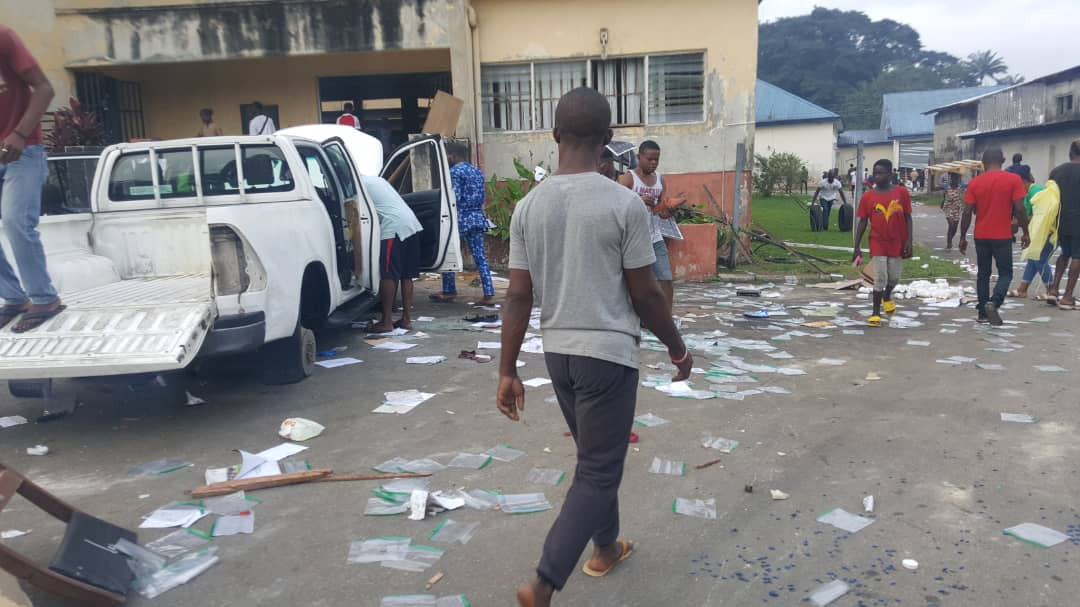 The United Nation has raised an alarm of its asset in Calabar, Cross River State capital, being vandalized.

Edward Kallon, UN resident and humanitarian coordinator in Nigeria disclosed this in a tweet he shared which also came with photos of a mob destroying UN vehicles and invading the international agency’s facility in Calabar.

Kallon who condemned the attack, added that the vandals were out to discredit the peaceful protests to end police brutality.

“The United Nations in Nigeria strongly condemns attacks on its assets in Calabar by vandals who were out to discredit the peaceful protests to end police brutality. I call on youths to exercise restraints and engage in dialogue with the Government on their legitimate demands.” 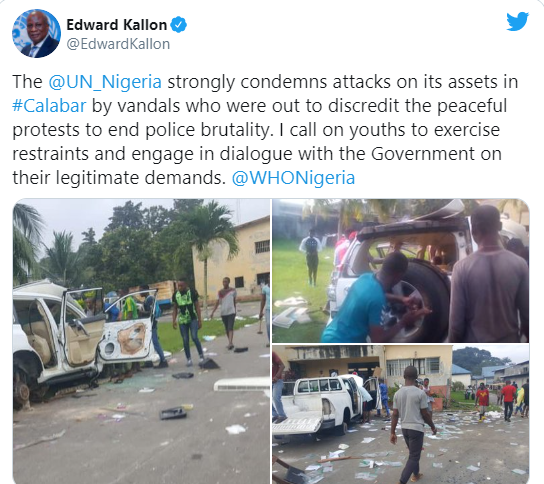 Police arrest teenager, 3 others in connection with killing of Bauchi...

Agreement Between TikTok, US Stalls Over Sale As Deadline Nears –...