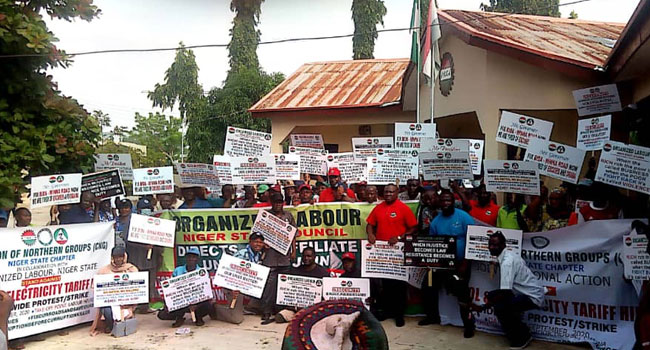 The Organised Labour in Niger State has cancelled its initial plans following the suspension of the strike action billed to take place today (Monday).

The members had earlier come out dressed, bearing placards various inscriptions and ready for a protest march but they were told to shelve the plan.

Nigerian Labour Congress (NLC) secretary in the state, Salihu Mohammed told Newspot that the protest would have held despite the suspension of the strike, but the Police had advised them to cancel it.

He added that the union aligning itself with the directive of the national body reiterates the fact that the strike is only suspended and not called off, and if the Federal Government fails to meet its own part of the agreement reached, organised labour would be back on the street in the state.

The Media Officer of the Union and Chairman Nigerian Union of Journalists (NUJ) in Niger State, Abdul Idris via a telephone conversation says organized labour in the state has also called on the state government to address the challenges of insecurity and bad conditions of some of the state roads.