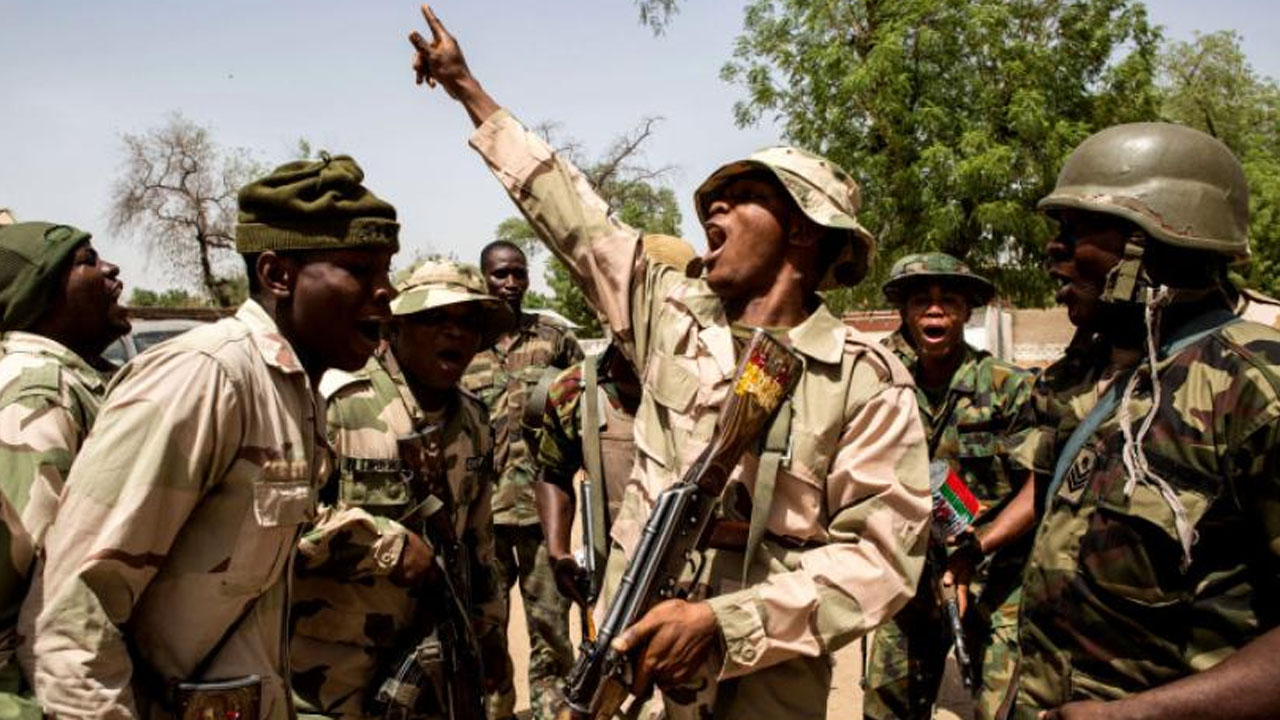 Fejokwu said this on Monday, during the inauguration of “Operation Still Water” held at Digital Bridge Institute, Cappa, Oshodi, Lagos State scheduled to hold from Oct. 4 to Dec. 23.

“The exercise is an ember month programme, which we conduct over the years since the days of Python Dance, Crocodile Smile, which has now been reviewed as Still Water.

“The whole idea of the exercise is for us to come out on the field to rehearse all we have been teaching ourselves in our various classrooms.

“It will serve as a rehearsal on how to tackle criminal elements which is what we do in our various classrooms and now we are bringing it down to the fields,” he said.

The GOC said that the exercise is in conjunction with other sister agencies, stating that there would be increased military movement by day and night in Lagos State and its environs.

“We will be working in synergy with other agencies so that when we conduct raids in future such as Stop and Search, all security services will be on the same page.

“We will do it together the way it should be done because we have rehearsed it and know what each service ought to do in any given situation.

“This is what this operation basically, is meant to serve,” he said.

Fejokwu said it was necessary to clamp down on security situations to ensure a safe environment where we can go about our businesses without fear of the activities of criminals.

“We expect hightened security awareness and expect that citizens in the course of this exercise can report any case to the nearest field location which are evenly distributed in the state.

“We have rules of engagement, therefore lawful citizens have nothing to fear, but if we find criminals in the course of conducting the exercise, we will deal with them accordingly,” he said.

The GOC assured that the waterways would also be secured because there would be military gun boats on the patrol and soldiers would be deployed to the banks and jetties across the state.

Also speaking, Brig.-Gen. Lander Saraso, Commander, 9 Brigade, Nigerian Army, Ikeja Cantonment, said that the exercise was designed to prepare and plan the conduct of military operation, other than war, in a multi agency setting.

“The exercise is also designed to practice the troops in certain aspects of counter terrorism and counter insurgency operations in Lagos State.

“The setting of exercise still water is premised largely on the conduct of military operations other than war to provide military aid to civil authority.

“Accordingly, the exercise is designed to curtail the activities of militants, bandits, armed robbers, cultists, hoodlums, illegal oil bunkers and the likes within Lagos and environs,” he said.

Saraso said that recent intelligence report revealed unprecedented wave of criminal within our environs who have taken over some communities to perpetuate their criminal acts.

“In spite of efforts of security agencies, these criminal elements have continued to engage in criminal activities such as kidnapping, banditry, militancy, cultism and other crimes within the city of Lagos.

“Recently, a senior Police officer was killed in the line of duty and a retired military officer was also kidnapped within Lagos, but we thank God that he has been rescued.

“In view of this, the brigade is tasked to conduct this exercise to curtail these criminal activities in conjunction with other sister services and security agencies as we approach the yuletide season,”he said.

The commander said that the exercise involves the physical deployment of troops to the field where they would conduct real time patrols against criminal elements within the environment.

He said that the exercise would test the unit and sub unit commanders in battle procedure and desicion making processes regarding employment of weapons and assets in internal security operations.

“It will also expose commanders to levels of service support available to them at the tactical level for Operations, among many other things,” Saraso said.