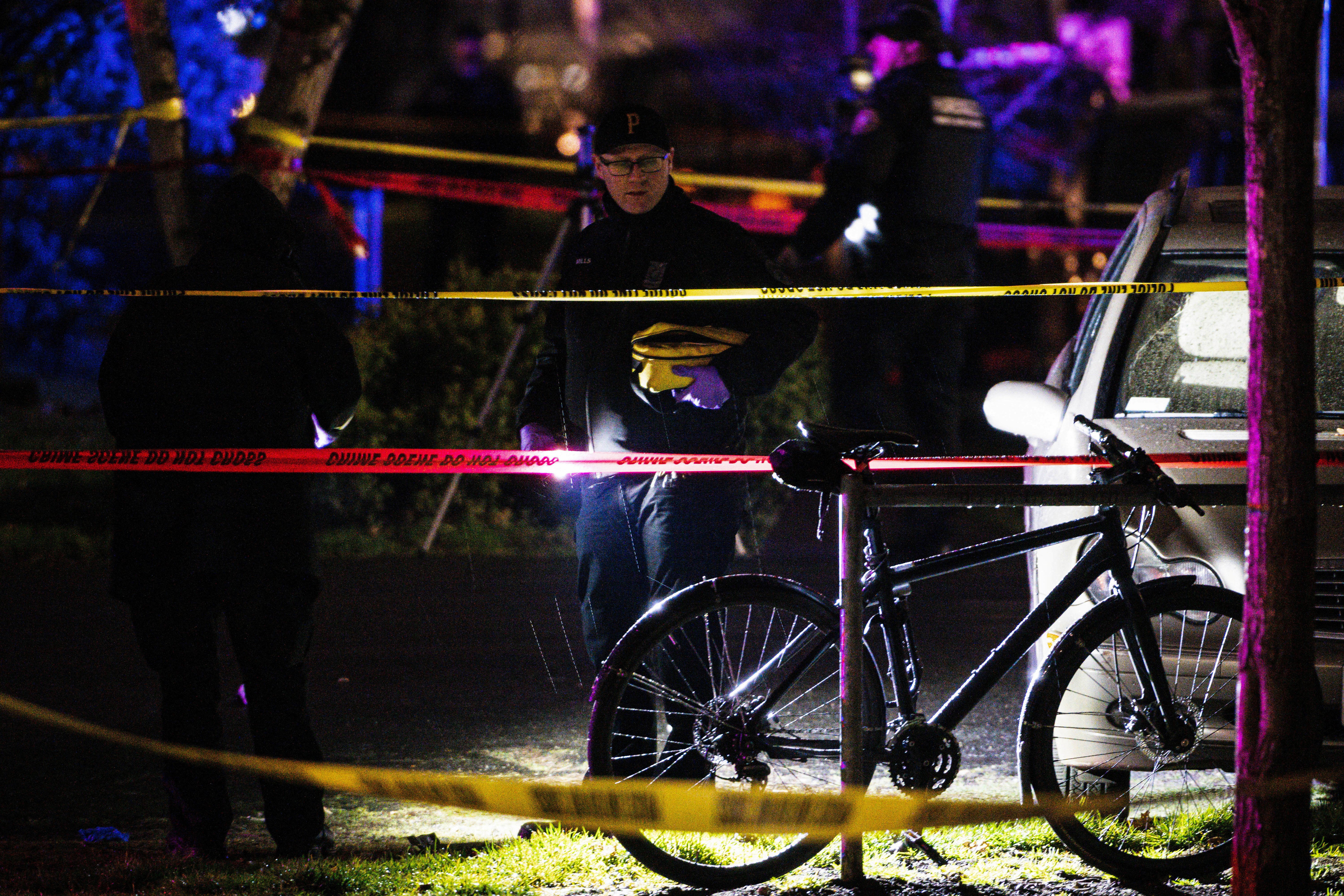 One person was killed and five others were injured when an armed resident confronted protesters outside his home in Portland, Oregon, late Saturday.

Police said some of the protesters were also armed, although they did not make clear whether gunfire erupted from both sides of the confrontation.

“This incident started with a confrontation between an armed homeowner and armed protesters,” the Portland Police Bureau said in a statement Sunday.

Demonstrators had gathered at the city’s Normandale Park at 8 p.m. to decry the police shooting of Amir Locke in Minneapolis during a no-knock warrant raid in early February.

Mayor Ted Wheeler said in a statement late Sunday that Portland’s “collective sadness and frustration” over the shooting “fuels my commitment to do all that is in my power to reduce the gun violence that is traumatizing our beloved city.”

Police, who didn’t acknowledge the violence happened during a protest against law enforcement violence, complained that witnesses haven’t come forward.

“Most people on scene left without talking to police,” the bureau said. “Detectives believe a large number of people either witnessed what happened, or recorded the incident as it unfolded.”

Some of the same Black and progressive activists have long criticized Portland authorities for what they see as biased policing. Last year the ACLU alleged that Black suspects are overrepresented in police shootings and that officers indiscriminately arrest demonstrators on the political left.

Historically the “PPB has been used exclusively against progressive and left-leaning protestors, consistent with their bias as reflected in their lax enforcement towards violent and hateful far-right groups and militias,” the organization said in a statement after a large number of police critics were detained during a demonstration.

Police Commissioner Jo Anne Hardesty tweeted Sunday about the overnight shooting: “While we need more information about what transpired, I can say that protesting for racial justice should never endanger those exercising their 1st amendment rights.”

Multnomah County District Attorney Mike Schmidt said in a statement Sunday, “My heart goes out to those that have lost a loved one to this violence. When a person decides to pick up a gun and use it to threaten, harm, and take away another person’s life, it doesn’t happen in a vacuum. It sends shockwaves across our entire community.”

He vowed to “diligently to review the facts and evidence” and prosecute anyone responsible for the violence.