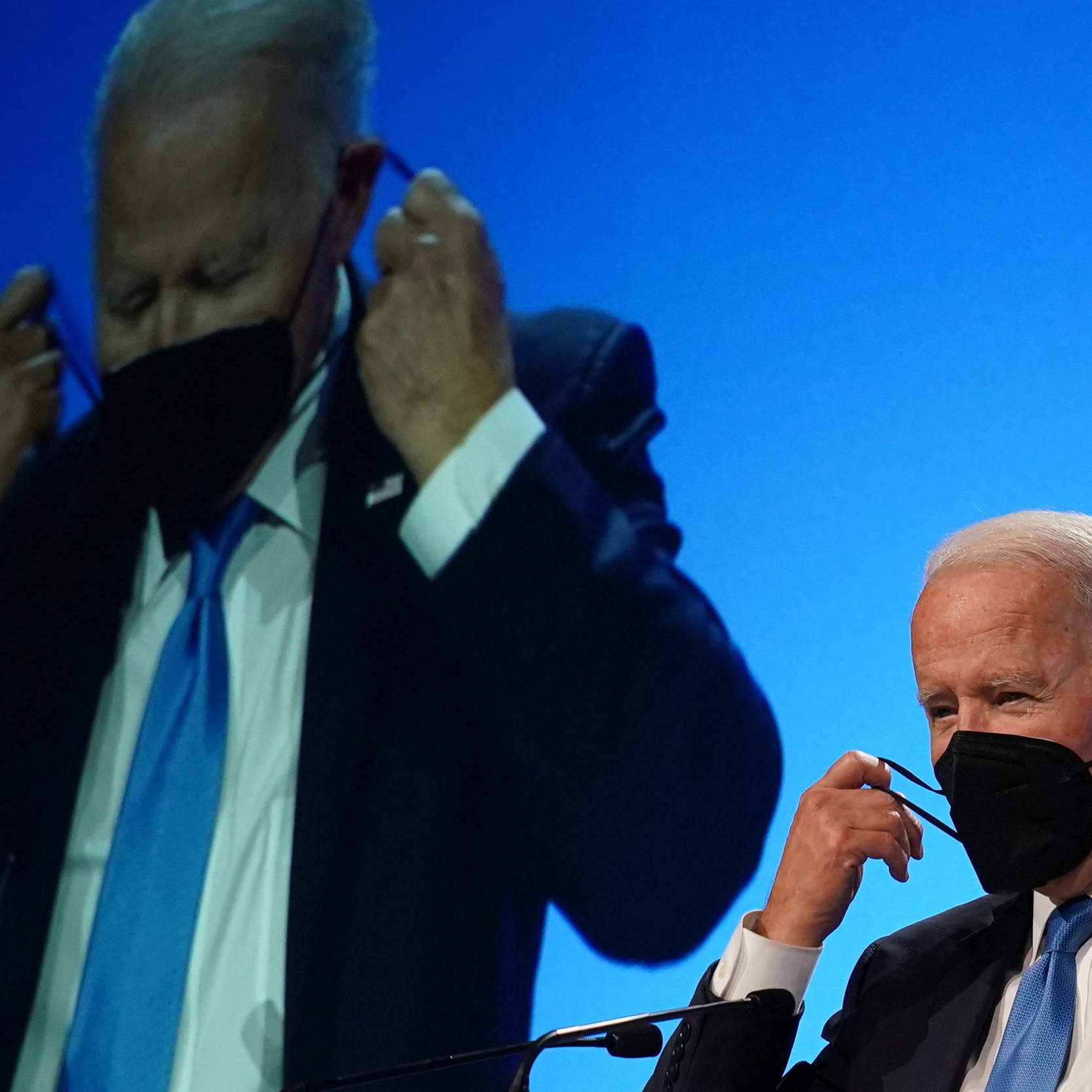 The omicron variant, first detected in southern Africa last week, is an unfortunate reminder that the Covid-19 pandemic is not over yet. Already, we have had warnings from the World Health Organization that the new variant poses a “global risk.” Experts say that it’s too soon to know how sick the new strain could make us and how well the already available vaccines can fight against it, but they have linked the emergence of variants like delta and omicron to global vaccine inequality and hesitancy. In the United States, where about 30 percent of the population remains unvaccinated, omicron could lead to a spike in infections and deaths over the holidays and into the NewYear. The first U.S. case was confirmed in California Wednesday.

Any criticism of Biden from a political movement that was all but completely uncritical of Trump’s Covid policy cannot, and must not, be taken seriously.

While this is bad news for President Joe Biden who made combating Covid a central plank of his campaign and of the earliest days of his presidency, the availability of vaccines is not an issue in the U.S., but hesitancy — driven by right-wing officials and media outlets — is. The Covid misinformation and disinformation campaign from the GOP should not be ignored as being a reason why the variant could spread in the U.S.

As Biden wrestles with trying to stop the potential spread of the new variant, the media and punditry will critique him, and Republicans will seek to blame him for failing to contain the virus. This is normal for American politics — after all, the party that is out of power almost always finds fault with the president. However, when it comes to the Covid pandemic and the contrast between Biden and the GOP, nothing is ever normal, and any Republican criticism of Biden’s handling of the pandemic and this new variant has to be viewed in that context.

We know how the last president (a Republican) handled the pandemic. Donald Trump’s Covid policy is particularly relevant because he remains the driving force in the GOP and is almost certain to run again in 2024. This means that implicit in any of the right-wing’s critique of Biden is the prima-facie false notion that Trump could handle the crisis better. While Biden may have made some missteps in, for example, communicating about vaccines early in his presidency, nothing he has done is comparable to the disinformation campaign that characterized Trump’s Covid policy and contributed to avoidable deaths. This included the former president calling the pandemic a hoax by Democrats, recommending bizarre and dangerous treatments like injecting bleach and mocking the use of masks. Accordingly, any criticism of Biden from a political movement that was all but completely uncritical of Trump’s Covid policy cannot, and must not, be taken seriously.

Additionally, there is one extremely critical difference between the pandemic that Trump faced and the one Biden still confronts. Trump sought to address a public health crisis in the form of a deadly and highly infectious disease against which, during most of 2020, we had no real medical defense. By choosing to ignore the advice of the scientific community, Trump made the problem worse, but he never faced political opposition that sought to make the pandemic worse.

The same cannot be said about Biden’s experience in combating Covid. To a great extent, in its current form, the problems raised by Covid are political in nature. During Biden’s time in office, the primary obstacle regarding Covid is not the disease itself but the anti-vaccination and anti-mask movements that have been embraced by the Republican Party, particularly at the state and local levels. To be sure, not all of those who oppose vaccinations are right-wing or Republicans, but the overwhelming majority are, and the driving political force behind the anti-vaccination movement is the right-wing.

It is impossible to understand the scope of the devastation wrought by Covid in the U.S. as separate from the efforts of the far-right to undercut good public health policy.

Since March 2020, when the pandemic first became a major problem and concern in the U.S., conservative forces have sought to downplay its significance. And even now, when it’s been proven how deadly Covid is, many undercut the best scientific guidance and supported policies by opposing mask and vaccine mandates.

By this spring, we had the ability to defeat Covid in the U.S. Vaccines were widely available and coupled with masks, that would have been enough to substantially reduce the spread of the virus. However, opposition to vaccines — aggressively encouraged by propaganda outlets such as Fox News, OAN and Newsmax, as well as the uglier, more conspiratorial corners of the GOP’s political arm such as QAnon — has made that difficult.

Thankfully, despite the efforts of the right-wing, the anti-vaccine movement represents a minority of Americans. Over half of those eligible have been fully vaccinated and several public opinion polls show support for vaccines. However, the U.S. still lags behind many countries in its effort to get the population vaccinated. And since variants of the virus mostly come from the unvaccinated population, the U.S. is going to continue to be part of the problem.

According to the Centers for Disease Control and Prevention, the overwhelming majority of deaths in recent months have been among the unvaccinated. Knowing that the vaccines are highly effective at preventing serious symptoms, those deaths could’ve been prevented. Nonetheless, many from the right, who through their anti-vaccine protestations should be seen as partly responsible for many deaths, are telling us this is due to Biden’s mishandling of the crisis. They are also implicitly saying that Trump could do better.

This appalling display of chutzpah on the right is not just nonsensical, but it is also very dangerous and could lead to thousands of more unnecessary deaths. Although nobody is happy that Covid is still infecting tens of thousands and killing close to 1,000 people almost every day in the U.S., we should also recognize that conditions would be a lot worse if the anti-vaccination, anti-science, pro-Trump segment of American society were back in power.

Lincoln Mitchell is a political analyst and author. He teaches in the School of International and Public Affairs at Columbia University.