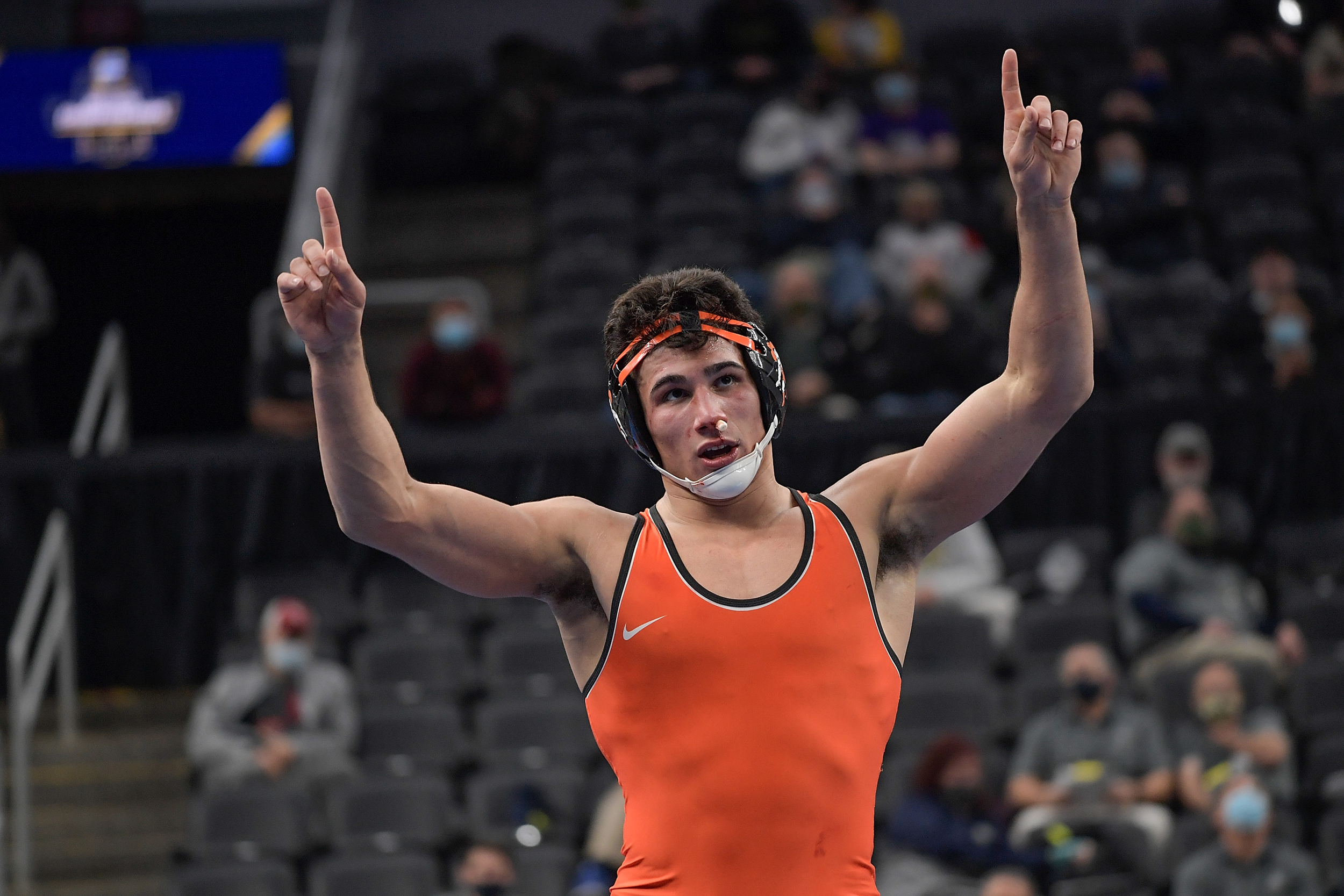 A.J. Ferrari, an Oklahoma State University NCAA wrestling champion, is no longer with the team, the school confirmed after police announced he had been accused of sexual assault.

A Wednesday statement from the Stillwater Police Department said officers responded on July 2 to a report of sexual assault.

“The suspect in the case has been identified as Albert Jame Ferrari Jr.,” the statement said.

The case is under investigation, police said.

A spokesperson for Oklahoma State University told NBC News that Ferrari “is no longer with the program.”

Ferrari was the 2021 NCAA champion in the 197-pound weight class. He has signed a name, image and likeness deal with World Wrestling Entertainment as part of its “Next In Line” program.

In a statement to The Oklahoman, Chance added: “It is unfortunate that a student athlete can become a target, primarily because of their status as an elite athlete. AJ is cooperating with law enforcement and is confident the truth will come out. He appreciated his time at Oklahoma State, but he and the university mutually agreed a change was appropriate.”

A representative for the wrestler did not immediately respond to a request for comment from NBC News on Thursday.

Ferrari’s dismissal from the team comes months after he was involved in a car accident that resulted in season-ending injuries. He and Oklahoma State runner Isai Rodriguez were returning to Stillwater following an appearance at a youth wrestling practice in nearby Cushing when Ferrari tried to pass three cars while cresting a hill in a no-passing zone, according to the state patrol.

Ferrari’s suffered head and leg injuries when his 2019 Dodge Durango collided with another vehicle, left the road, rolled and landed in a ditch.

Rodriguez’s injuries were minor, according to The Oklahoman.

2022 World Cup: Falconers First Team To Qualify For Next...

2022 World Cup: Falconers First Team To Qualify For Next...