The Nigeria Customs Service (NCS) Ogun 1 Area Command has intercepted a total of 7,311 50kg bags of foreign parboiled rice in the last one month, the Comptroller, Dera Nnamdi has said.

Nnadi, at a press conference he addressed at the NCS office in Abeokuta on Wednesday, said the 7,311 bags of rice is equivalent to 12 trailer loads of foreign parboiled rice of 50kg each, saying it also translates to 365,550kg or 365.55 metric tons of the grains. 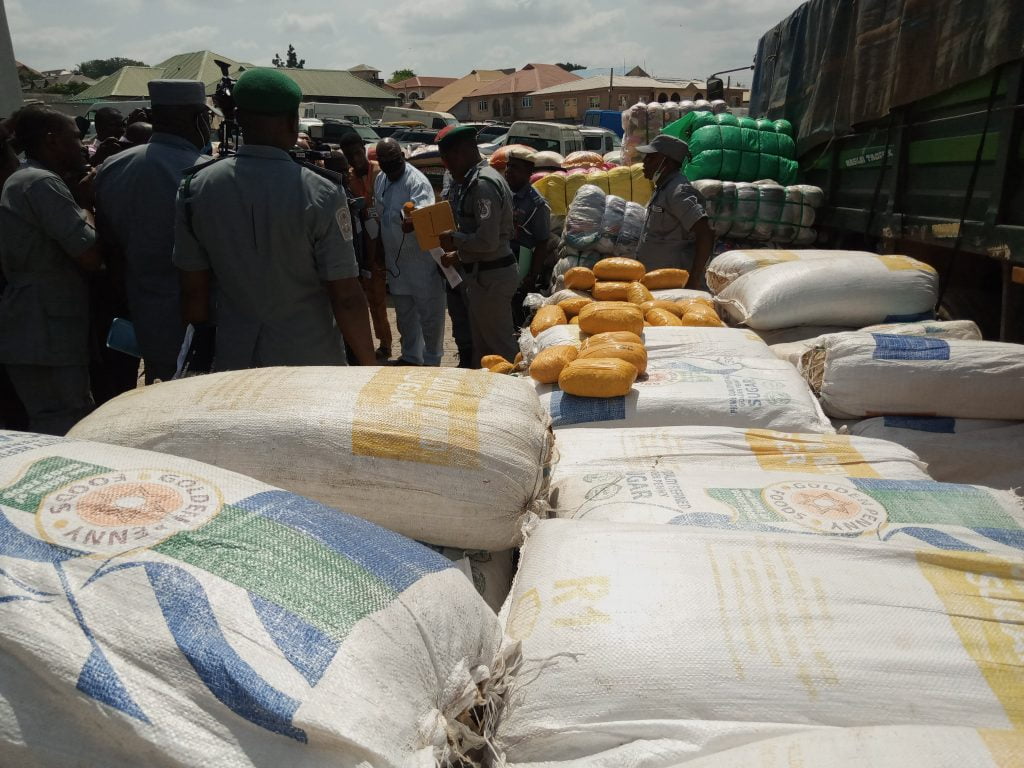 The Controller disclosed that the command also seized 300 litres of vegetable oil, four bales of used items of clothing, 26 sacks of used shoes and four sacks of used toys.

Other seized items are 124 packs (book size) and 164 wraps (coconut size) of cannabis sativa weighing 167kg, two bundles and four pieces of used tyres with rims, 810 cartons of frozen poultry, 20,775 litres of petrol in 831 kegs among others.

The NCS also impounded 20 vehicles and two motorcycles used as means of conveying the seized items.

According to Nnadi, the cumulative duty paid value (SPV) for all the seizures amounted to N172,999,387.

Nnadi said the command, in the last one month, generated N2,437,050 as proceeds from auction sales of seized petroleum products and scrap metals. 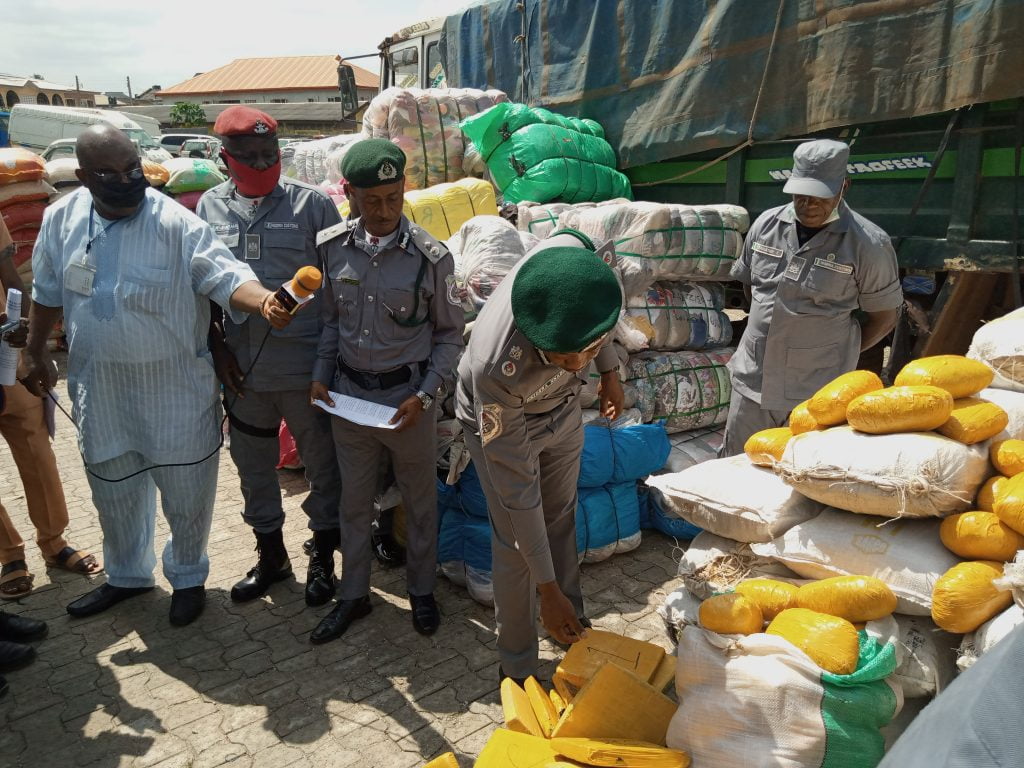 “It should be noted that the Federal Government of Nigeria’s directive on border closure is still subsisting, hence, there is no revenue generated from imports activities,” he added.

Meanwhile, Nnadi has warned smugglers in the state to stop sabotaging the economy, saying that, “we shall definitely uncover every illegal act of theirs, make arrests and inflict gross financial injury on such ventures and their perpetrators.”

He emphasised that the continuous attacks on Customs and other security operatives by those he described as unpatriotic people would not deter the service from sustaining the onslaught on their smuggling activities.

“We are determined more than ever before to carry out our anti-smuggling operations without hindrance,” he stressed.