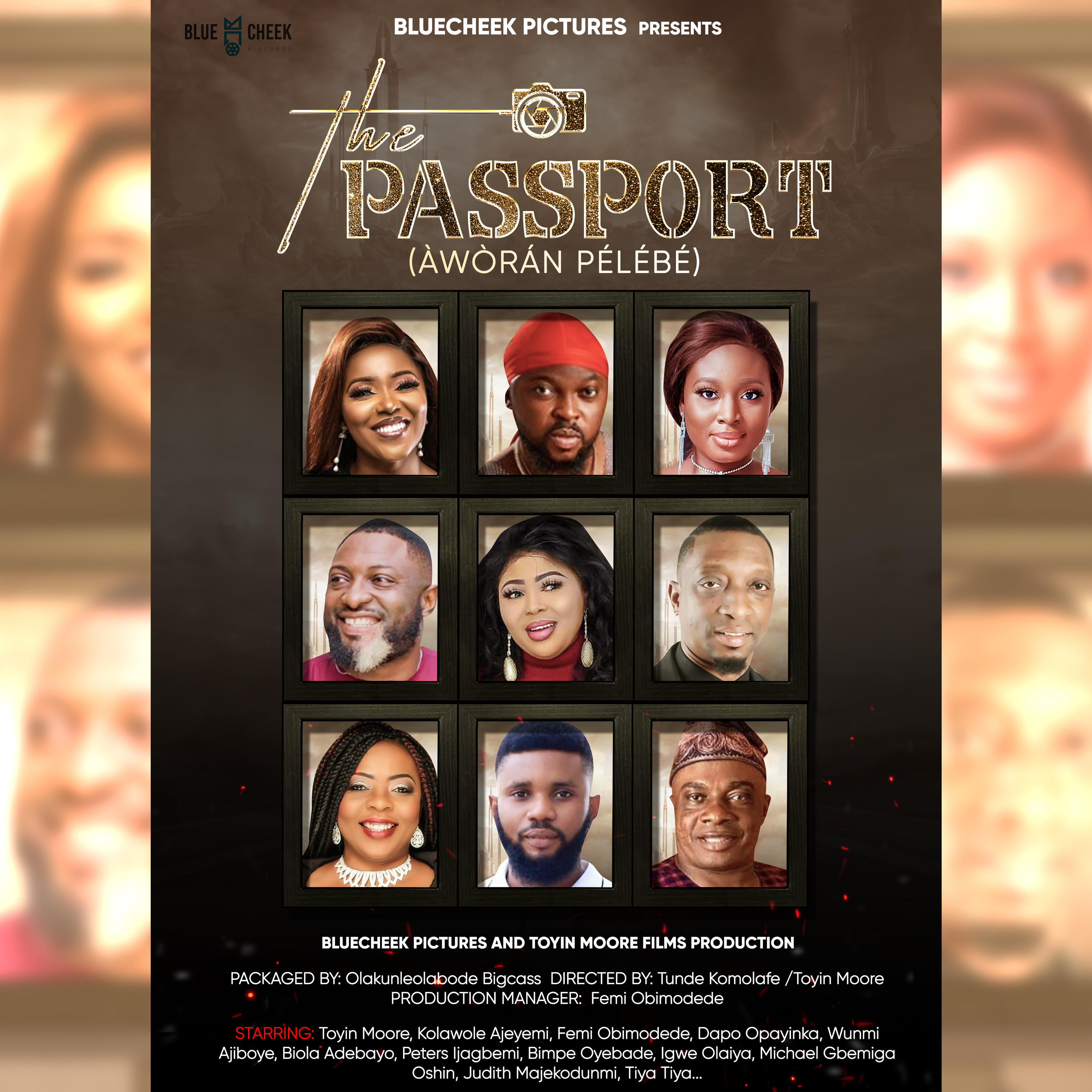 Bluecheek Pictures has released the official trailer to its upcoming movie, THE PASSPORT (Àwòrán Pélébé).

The Passport is the story of four friends, who life handed a curved ball after successfully graduating from the university.

In the quest of finding a better life for themselves, they met with “fate“ and their story took a dramatic turn but at what cost?

The new flick is a production of Bluecheek Pictures was shot both in Nigeria and United Kingdom. It was produced and directed by Toyin Moore Films Production.

Packaged and coordinated by Olakunle Olabode