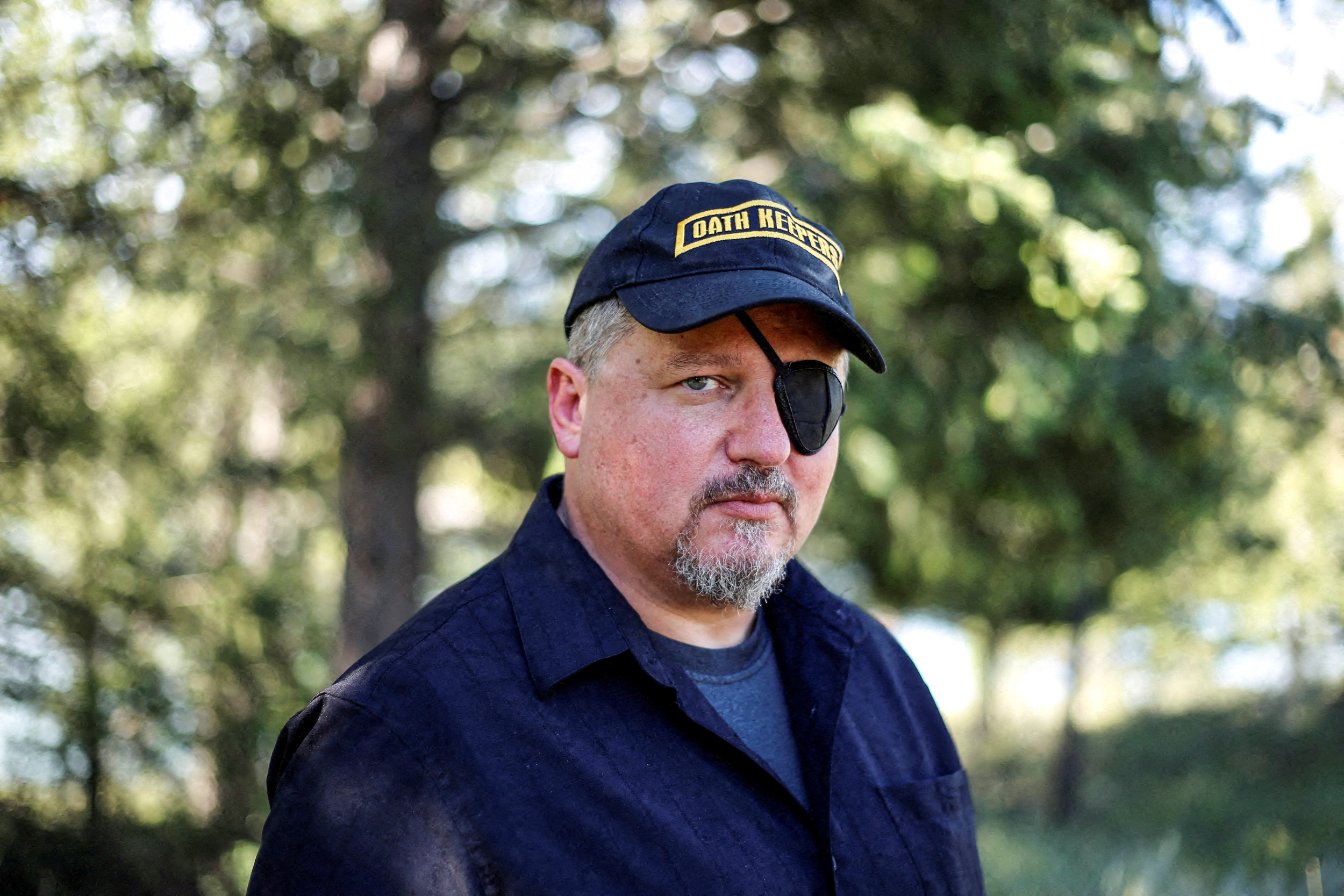 WASHINGTON — The founder of a right-wing group whose members have been charged with seditious conspiracy in connection with the attack on the U.S. Capitol spent about six hours Wednesday talking to the Jan. 6 committee on a Zoom call from a jail in Oklahoma.

Elmer Stewart Rhodes III, who is in the custody of the U.S. Marshals Service, made a virtual appearance before the House committee from the Cimarron Correctional Facility in Cushing, one of his lawyers said. The correctional facility is under contract with the U.S. Marshals, who are transporting Rhodes to jail in Washington, D.C.

Rhodes invoked his Fifth Amendment rights 20 to 30 times, lawyer Jonathan Moseley said, but ended up talking extensively about the history of the Oath Keepers.

Moseley, a Virginia-based lawyer whose other clients have included Kelly Meggs, Zachary Rehl, a member of the Proud Boys, and other Jan. 6 defendants, said the committee let Rhodes “talk very freely” about the history of the organization, although his attorneys prevented him from answering questions that could affect his criminal case.

“A lot of things about what they do and how they do it were discussed, as long as they weren’t specific to November, December 2020 or January 2021,” Moseley said. “He gave examples of how they operate and what they do.”

The committee asked a number of “test questions” to see what Rhodes would and wouldn’t discuss, Moseley said, but it did end up asking “a lot of questions about the Oath Keepers that he was able to answer.” Kellye SoRelle, who became acting head of the Oath Keepers after Rhodes was arrested last month, has also testified before the Jan. 6 committee.

“I’m sure they were most interested in the stuff that criminal lawyers wouldn’t let him answer,” Moseley said, mentioning communications with other groups like the Proud Boys, communications with key figures in former President Donald Trump’s orbit and fundraising for Jan. 6 events.

A committee spokesperson didn’t immediately respond to a request for comment.

An aide to the Jan. 6 committee recently said the panel had heard from more than 475 witnesses and received more than 60,000 pages of records in its investigation.

Moseley said Rhodes had already agreed to cooperate with the committee as much as he could before he was indicted by a federal grand jury in Washington. He added that Rhodes spoke about previous work with the Oath Keepers and said Rhodes choked up talking about how members of the group protected a business in Ferguson, Missouri, during unrest following the death of Michael Brown in 2014.

Rhodes, federal prosecutors say, is the head of a criminal conspiracy intent on keeping Trump in office despite Joe Biden’s victory in the 2020 presidential election. Prosecutors allege that Rhodes told other defendants that there was “no standard political or legal way out of this” and that they should be prepared for the worst.

“We aren’t getting through this without civil war. Too late for that. Prepare your mind, body, sprit,” Rhodes wrote, according to the indictment. “It will be a bloody and desperate fight. We are going to have a fight. That can’t be avoided.”

Rhodes helped stand up “Quick Reaction Forces” — QRFs — that were armed and stationed in Virginia, just outside the reach of Washington’s strict gun laws, prosecutors allege.

“We will have several well equipped QRFs outside DC,” Rhodes is alleged to have written on Jan. 6, 2021, just before he left his hotel. “And there are many, many others, from other groups, who will be watching and waiting on the outside in case of worst case scenarios.”

Moseley described the QRFs as “contingency plans that were very unusual” and said they were in place in case “hell” broke loose, but he said the people never took action.

“They were prepared to swing into action, but Trump never called on them,” Moseley said. “One of the things I think is telling is they didn’t respond, they didn’t bring those weapons … into the District of Columbia. The restraint is part of the story, too.”

A federal magistrate judge in Texas ordered Rhodes held until trial, saying evidence showed that he had an “authoritative role in the conspiracy” and that his “access to substantial weaponry, and ability to finance any future insurrection, combined with his continued advocacy for violence against the federal government, gives rise to a credible threat.”

Moseley said he will continue to press for Rhodes’ pretrial release while acknowledging that it is an uphill battle given the allegations. He said the biggest questions the Jan. 6 committee had may not be answered until Rhodes’ criminal proceedings.

“I wish there was more of the red meat,” Moseley said. “We’ll have to wait for the trial, I guess.”

Ryan J. Reilly is a Justice reporter for NBC News.