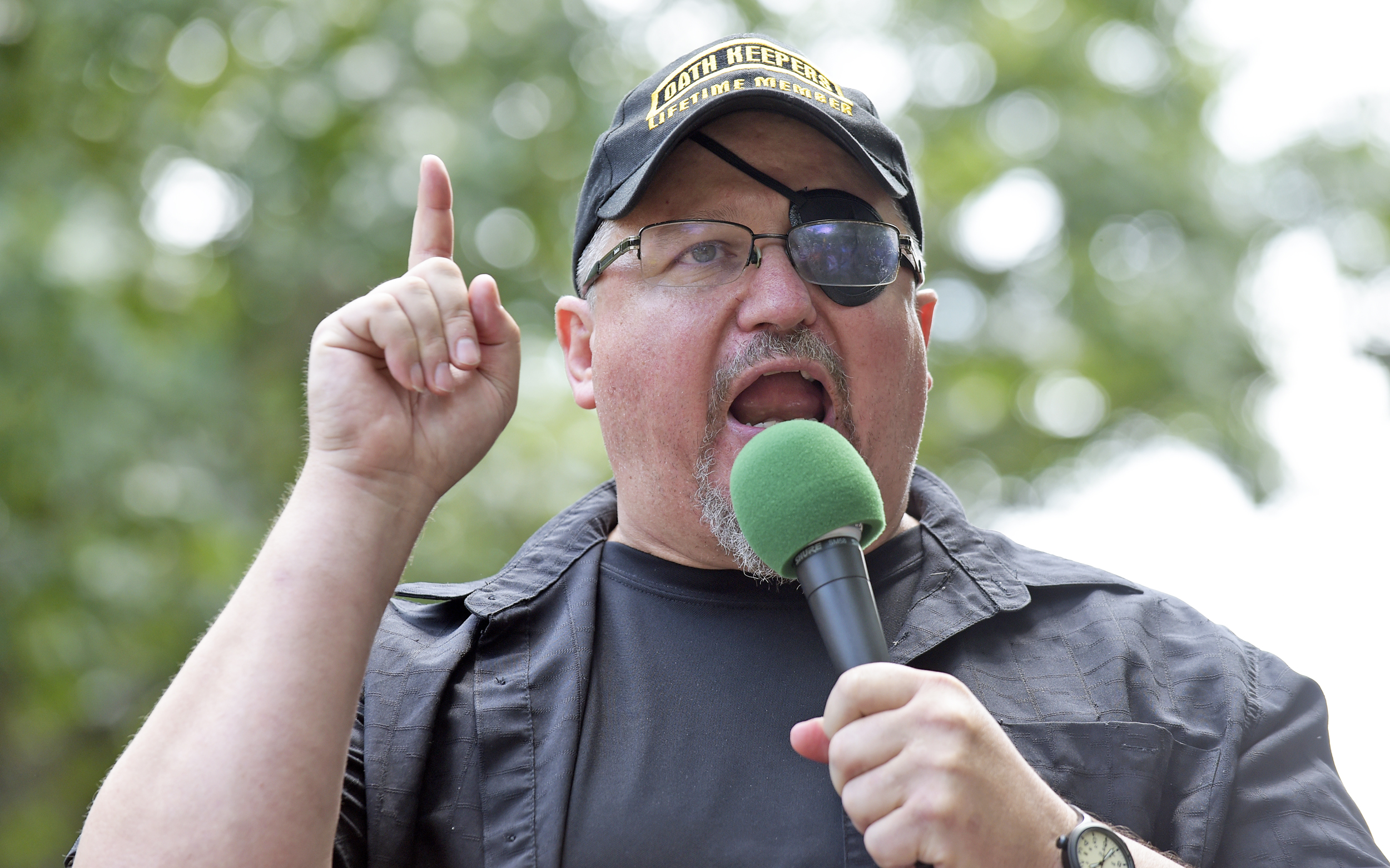 WASHINGTON — Stewart Rhodes, founder of the far-right militia the Oath Keepers, has been indicted and arrested for his organization’s involvement in planning the Jan. 6 attack.

Rhodes, 56, is being charged for the first time in connection to events leading up to and on Jan. 6, according to a statement Thursday from the Justice Department. An additional 10 people, including nine others who already faced charges in connection to the riot, were also indicted.

Rhodes and the 10 other individuals were charged with “seditious conspiracy and other charges for crimes” related to the breach of the Capitol on Jan. 6, said the DOJ.

The defendants conspired in a variety of ways, including organizing into teams that were “prepared and willing to use force and to transport firearms and ammunition into Washington, D.C.,” the DOJ said, citing the indictment.

Rhodes had put out a call on the group’s website in the days before the attack for “all patriots who can be in DC” to travel to Washington for a “security mission” to “stand tall in support of President Trump’s fight.”

In November 2021, the House committee investigating the Jan. 6 riot subpoenaed the Oath Keepers and the Proud Boys, the other extremist group, alleging they were involved in planning the attack. The panel issued subpoenas seeking information and testimony from Rhodes, and Henry “Enrique” Tarrio, who was chairman of the Proud Boys at the time of the riot.

Tarrio was arrested on Jan. 4, 2021, in Washington on a warrant stemming from an incident at a Proud Boys rally on Dec. 12. At the time of his arrest, officers found two unloaded magazines emblazoned with the Proud Boys logo in his bag, each with a capacity to hold 30 rounds for AR-15 or M4-style weapons.