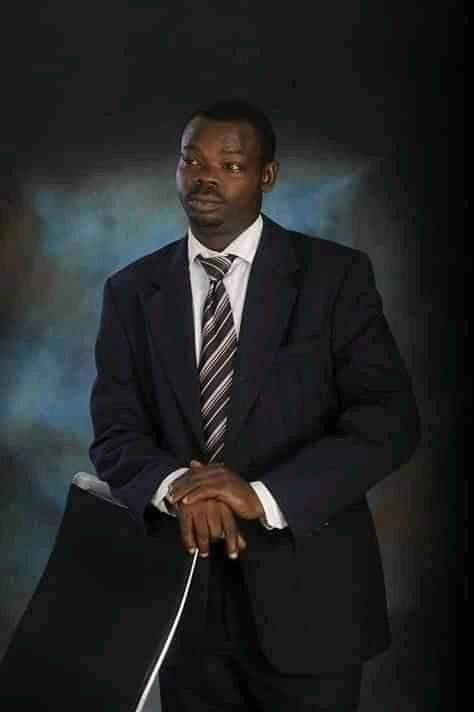 An operative of the State Security Service (SSS), Seyi Adebowale, has died after he was allegedly shot by an officer of the Nigeria Security and Civil Defence Corps (NSCDC)

The incident occurred on September 15 in Kuta, Osun State, during the visit of the Chief of Army Staff, Tukur Buratai to commission a bridge constructed by the Nigerian Army.

It was gathered that the NSCDC official identified as Sunday Dada and his colleagues were said to be shooting indiscriminately into the air in a celebratory mood when a stray bullet hit the SSS officer in his abdomen. 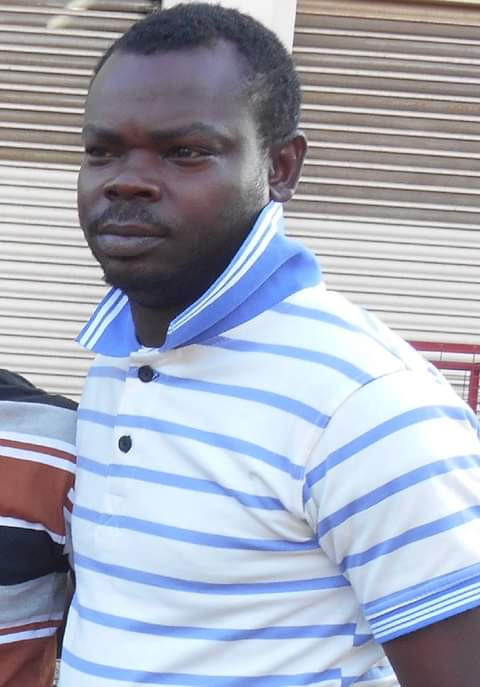 Adebowale was rushed to the Ladoke Akintola University of Technology Teaching Hospital Osogbo, the Osun State capital where he later died on Monday, September 28, after two unsuccessful surgical operations. He was buried on Friday, October 2.

The spokesperson for the NSCDC in Osun State, Daniel Adigun, who confirmed the incident to PREMIUM TIMES on Sunday, October 4, said it was a case of operational error and the officer involved in the shooting has since been arrested and detained by the command.

“We are currently conducting a (an orderly) room trial and we are on top of the situation to make sure such does not occur again.” he said.

Meanwhile, one Adegoke Adetayo, a friend of the deceased operative took to Facebook on Friday to mourn him. He wrote;

“Adebowale Chemmy Micheal: Seyi, my name sake. You came, saw and conquered. You did your best, gave your all but death came from the unexpected. Even when you were careful, the careless took your life,”

“I cherish every moment we had growing in the job in the city of Abeokuta with the like of Ganiyu Adebayo Femi Adetola, Micheal Ogunbanwo, Kayode, Sunday, Polycarp, Adebesin, Late Afolabi Okanlanwon, Idowu Abayomi and others before we all went our separate ways not because we wanted it but by default of the job which took us through different paths but we sustained the bond still.

“I join all your friends, families and all those who truly care about you including Bar. Muiz Banire (Former APC National Legal Adviser) to celebrate you and the eventful life you lived. Adieu Seyi Kemi Micheal Adebowale. May your soul Rest In Peace.” 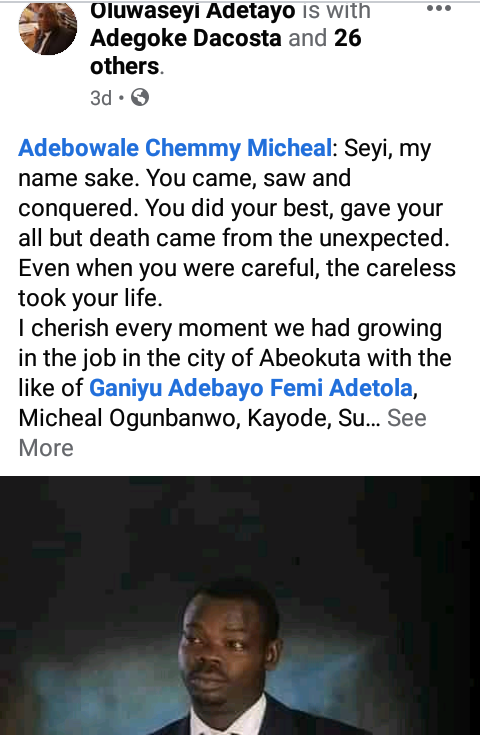