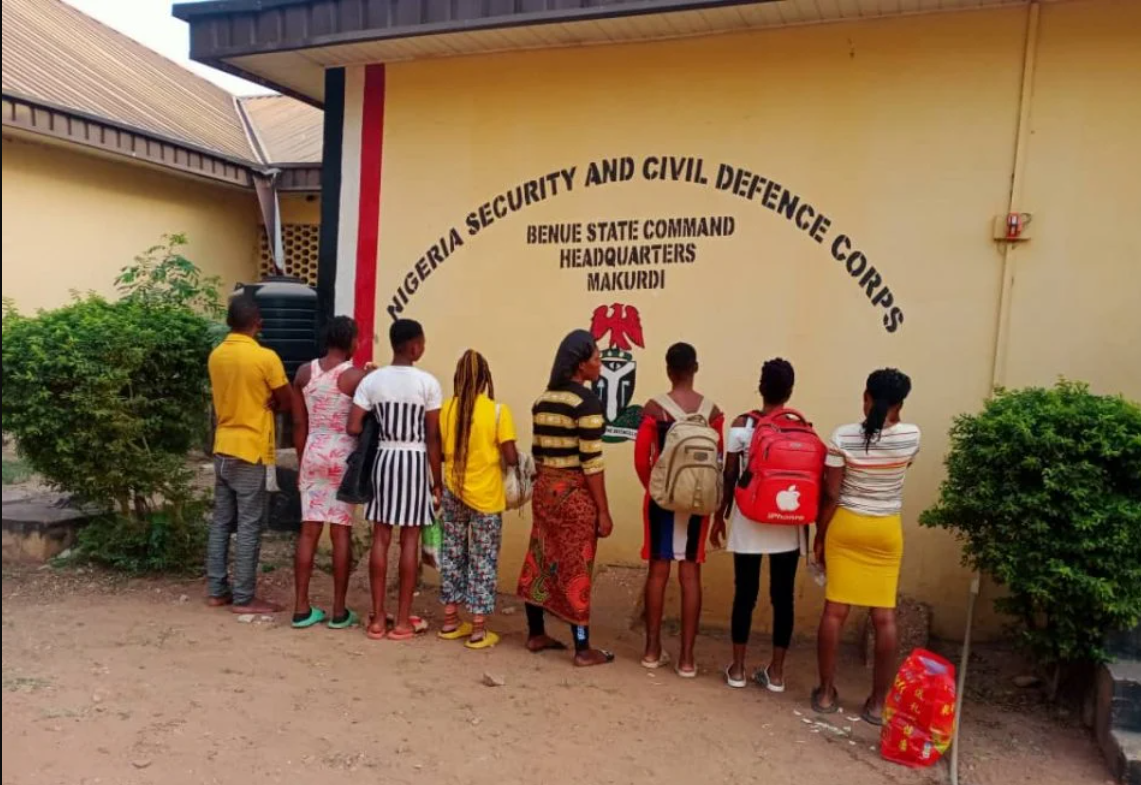 A suspected human trafficker has been nabbed by Benue State Command of Nigerian Security and Civil Defence Corps with six young girls who she had already prepared to traffick through Burkina-Faso.

The suspect identified as Mnena Kwaghmande was intercepted in Gboko area of Benue State on January 5, 2022, while the girls who are between the ages of 16 and 20 were reportedly picked from Vandeikya Local Government Area of the state.

State Commandant of the Defense Corps, Dr Philip Okoh said the suspect who was interrogated claimed to have told parents of the young girls that they would be helping her to in her restaurant in Burkina Faso.

“We are showing to the public, what we have done so far in terms of securing Benue State and ensuring peace.

“Behind me, we have a seasoned trafficker who goes about luring unsuspecting parents through convincing them that they are going abroad for greener pastures.

“Investigation has revealed that they were taking them to Burkina Faso. We did this operation in conjunction with NAPTIP.”

Buhari Asks Nigerians To Be Patient, Says Rice Price To Fall After Launch Of Pyramids – Newspot

Enitan Kehinde: Life Lessons I Gleaned from Will Smith’s “Will”