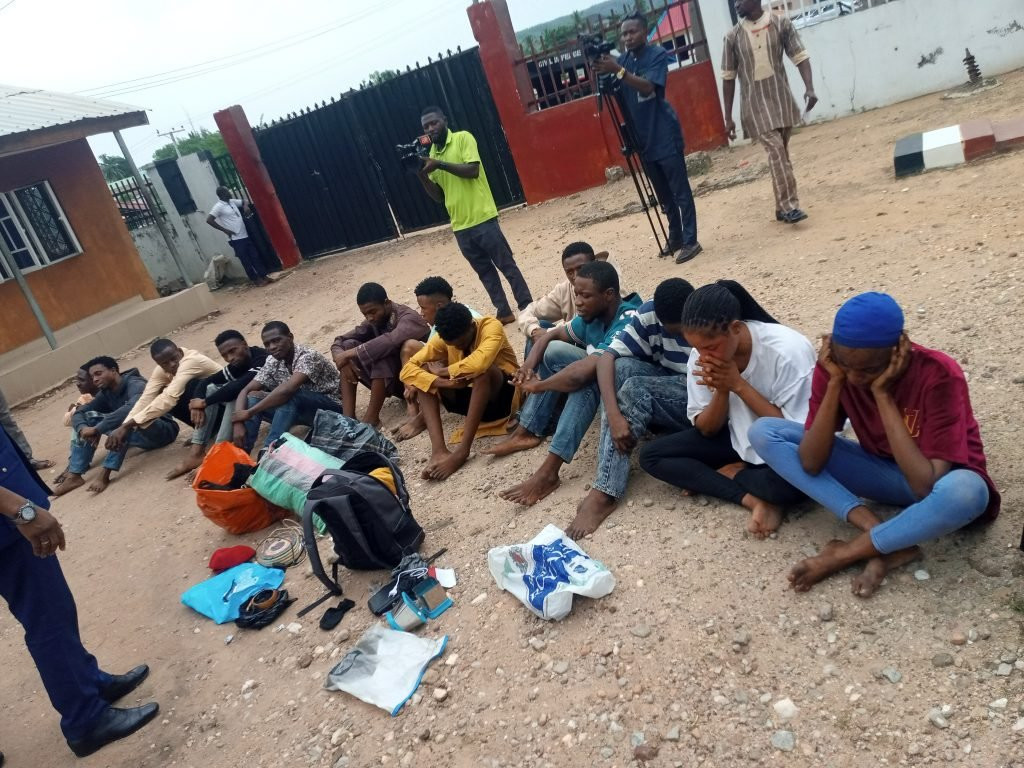 Mafara said the teenager, Elizabeth, was kidnapped on April 10, 2022, by a kidnap syndicate. He added that through intelligence gathering, his officers uncovered the hideout of the hoodlums and rescued the victim alive.

“The suspects, led by one Godwin Daniel, kidnapped Miss Elizabeth and took her to a hotel here in Lokoja, the Kogi State capital. My officers, through intelligence reports, tracked their location and arrested these 13 suspects. Their gang leader, as I speak to you, is on the run. We are going to apprehend him as soon as possible”

Items recovered from the suspects include Indian hemp, charms, weapons, and a Honda car. Mafara further disclosed that the suspects are under investigation and would soon be charged to court.