Thirteen suspects have been arrested by the Nigeria Security as Civil Defence Corps, (NSCDC), for allegedly abducting an 18 years old girl in Kogi State.

The suspects consist of nine males and four females.

Parading the suspects on Tuesday, the Kogi State Commandant, Nigeria Security and Civil Defence Corps, (NSCDC), Suleiman Ibrahim Mafara told newsmen that, one Miss Elizabeth Ojo was reportedly kidnapped on the 10th of April 2022 by a syndicate led by one Godwin Daniel who is currently at large. 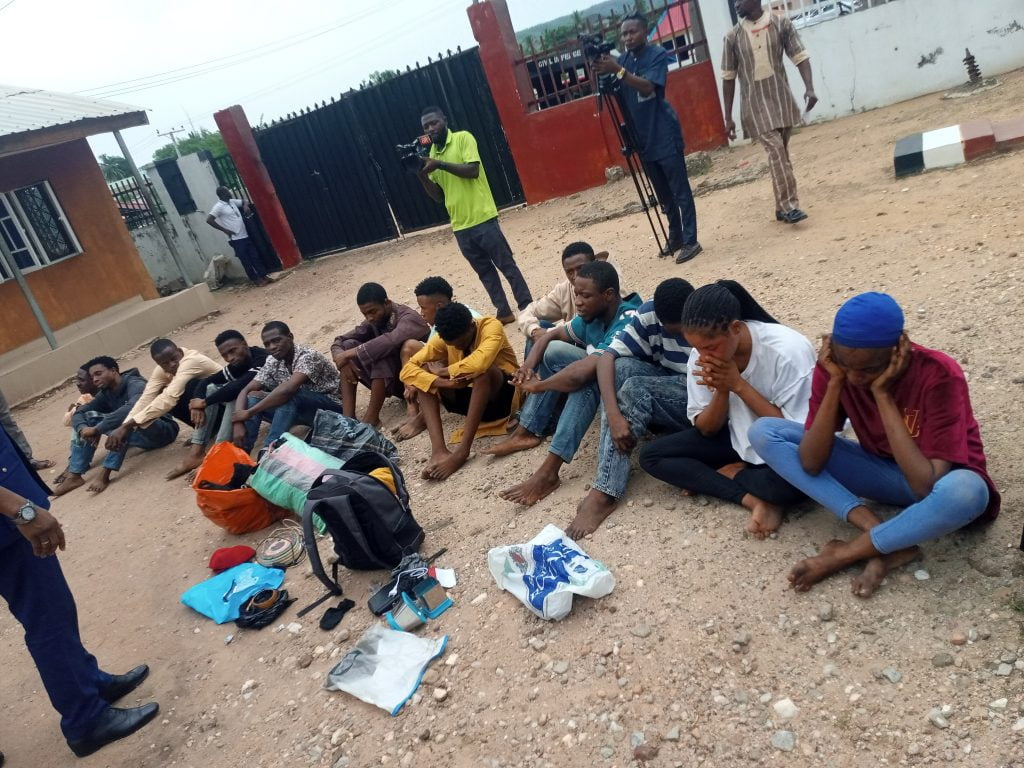 He said through intelligence gathering, his officers were able to uncover the hideout of the kidnappers and rescue the victim alive.

“The suspects led by one Godwin Daniel, kidnapped Miss Elizabeth and took her to one hotel here in Lokoja the Kogi State capital. My officers through intelligent reports were able to track their location and arrested these 13 suspects. Their gang leader as I speak to you is currently on the run. We are going to apprehend him as soon as possible” he added.

According to Mafara, the suspects are still under investigation and would soon be charged to court.

He, however, appealed to parents to caution their wards from every act of crime and criminality, adding that, the public should report any suspicious character within their environment.

Meanwhile, the Kogi State Command of NSCDC has arrested one Mohammed Ibrahim who specializes in stealing building materials.

Parading the suspects, the Kogi State NSCDC Commandant, Suleiman Ibrahim Mafara said the suspects confessed to using charms to disappear in a bid to carry out his nefarious activities,

The suspects upon interrogation by DAILY Post correspondent confessed to the crime.

The suspects said” I won’t lie I have been stealing for several years since I lost my father when I was eight years of age. Things are hard so I must feed myself and my family. Please tell them to forgive me. I won’t do it again”.