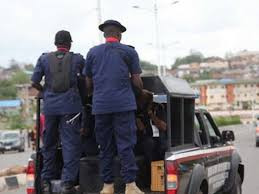 Officials of the Nigerian Security and Civil Defence Corps NSCDC, Kaduna state command, on Tuesday July 7, arraigned a clergyman, Reverend Joseph Ma’aji, before a Chief Magistrate court in the state for allegedly raping his 16-year-old housemaid.

NSCDC legal officer prosecuting the case, Yayayi Jauro, told the court that the state social welfare office in Kakuri, Kaduna, on July 1, received a report of alleged sexual harassment and act of gross indecency against the Reverend. Jauro said that Ma’aji was reported to have been unlawfully having sexual intercourse on several occasions with his underaged maid, who was entrusted to him by her uncle, at his residence in Barnawa, Kaduna, since 2015.

According to Jauro, Ma’aji had been molesting the girl and requesting for sexual favours unjustifiably and had voluntarily confessed to have committed the crime during investigations.

After listening to the case, the Chief Magistrate, Bashir Shittu, ordered that Ma’aji be remanded pending advice from the office of the state Director of Public Prosecution. According to Magistrate Shittu, his court lacked the power to try the accused.

He adjourned the case to Aug. 25, for further mention.

‘Be Stingy With Your Pastor And Risk Untimely Death’ – Pastor...