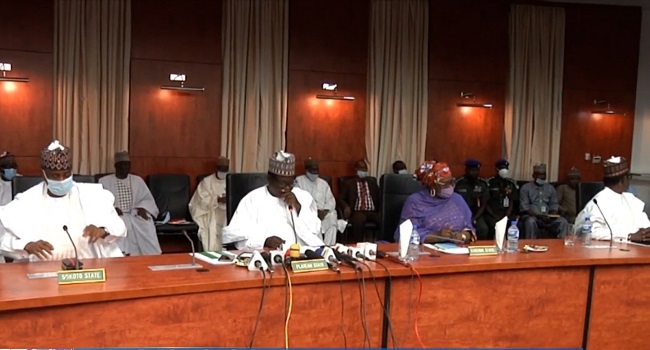 Governors of 19 northern states on Tuesday held an emergency meeting over the #EndSARS protests and violence which has dominated the protests.

The governors during the meeting which was held in Kaduna State called for greater synergy between the states and the Federal Government in strengthening the unity and overall development of the country.

Chaired by Plateau State Governor, Simon Lalong, the governors during the meeting said they support the demand of the protesters for reform in the Nigeria Police Force (NPF).

They appealed to all citizens to restrain themselves from unwarranted disposition to sentiments, harassment, and intimidation of one another.

According to the governors, the Federal and various State Governments have been magnanimous by responding to the demands of the protesters.

The governors sent condolence to those who lost their lives and properties in the violence. 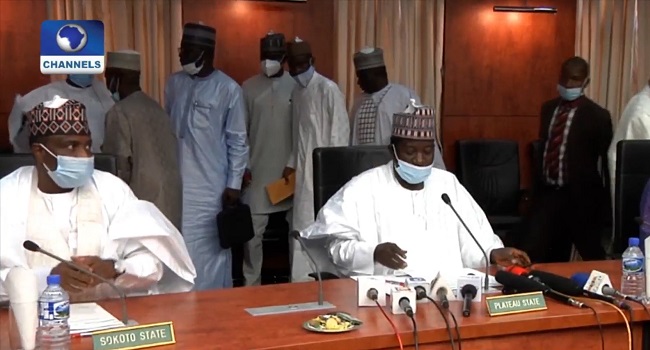 They, however, condemned what they described as influencers from within and outside the country in form of hooliganism, ethno-religious bigots, and political marauders who are bent on pulling the nation down to its knees.

In an interview with the reporters after the meeting, Zamfara State governor, Bello Matawale suggests that the Federal Government should deploy the disbanded SARS operatives to his state and other states confronted by banditry.