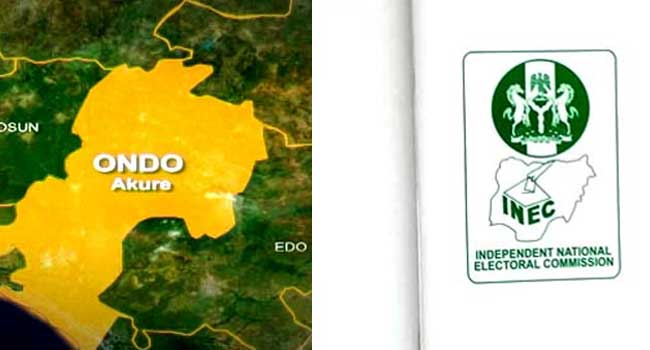 The Nigeria Security and Civil Defence Corps (NSCDC) on Saturday said the boat accident involving electoral official in Ilaje area of Ondo State did not injure anyone.

NSCDC Commandant in the state, Philip Ayuba disclosed this while speaking to Newspot in Akure.

According to him, the unfortunate incident occurred last night when some ad-hoc staff of the Independent National Electoral Commission (INEC) were carrying some electoral materials in preparation for the governorship election in the state.

We thank God because, among those who that incident happened to, nobody died. We were told they were all rescued. We give glory to God, that is a good one,” he said.

“From the information, I got that some men were arrested and on that basis, I believe very soon, the men will be taken to our office here for further investigation.”

Earlier, the Resident Electoral Commissioner (REC) in the state, Rufus Oloruntoyin Akeju, who confirmed the incident, said the boat capsized on Friday night during the movement of “personnel and materials to the riverine Registration Areas of Ilaje Local Government Area (LGA).”

“Fortunately, all personnel and election materials were rescued when the boat capsized,” Akeju added.

The rescue efforts were carried out by personnel of the Nigerian Navy who escorted the boats.

The movement of the election materials and the personnel was eventually concluded and voting commenced as planned in all the polling units today.

Trump’s campaign website temporarily ‘seized’ by hackers, who claim to have...