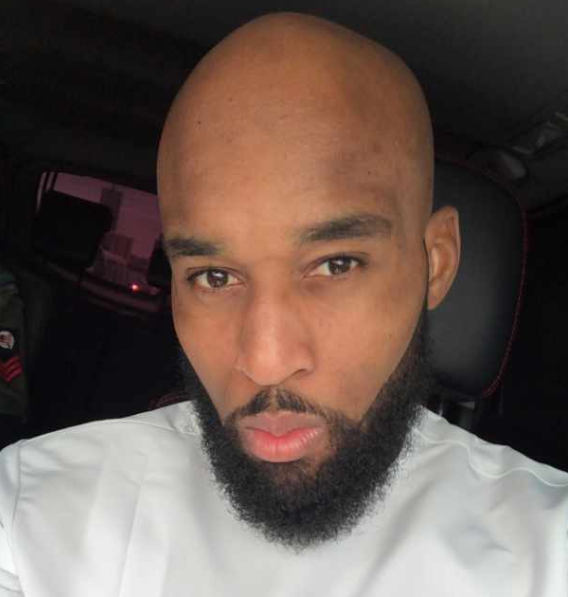 Lagos car dealer, Dilly Motors Limited has denied the syndicated news reports that two of its bank accounts were ordered frozen by a Bayelsa State High Court pending a police criminal investigation; describing the reports as “the handiwork of a desperate mischief-maker who is fantasizing over two failed bids in Court”.

In a one-page statement dated 23rd July, 2020 issued by its lawyers, Auxano Law, signed by the Managing Counsel of the law firm, Mr. Chijioke Emeka, the front-line car dealing company described the news reports as “false, malicious, calculated to lower our client in the estimation of right-thinking members of the society generally, and contemptuous of the Honourable Court.”

It would be recalled that on 19th July, 2020, several online media outfits carried a news report with a common headline “N2.5bn Vehicle Contract: Court Freezes Accounts of Dilly Motors”, alleging that following police investigation, Hon. Justice Ebiyerin Omukoro of the Sagbama Division granted an ex parte order to the Commissioner of Police freezing Dilly Motors accounts. The story was also on the new bar of a major television station for most part of Monday, 20th July, 2020.

But in the statement, Dilly Motors vehemently denied that the ex parte application by the Police in Suit No. SHC/11M/2020 on 13th July, 2020 to freeze its accounts was granted. The statement, to which a copy of the Court Order was annexed, stated that the police purported to be investigating a petition by the law firm of one Moses Oruaze Dickson. Said to be a younger brother to former Bayelsa State governor, Seriake Dickson, Oruaze using ‘Solalina Mass Transport Ltd’ entered into an agreement for 10 per cent cut from car supplies by Dilly Motors which ended in a civil dispute. It was that purely contractual dispute that the police were used in the attempt to freeze Dilly Motors’ bank accounts just “to make a statement”.

Justice Omukoro apparently saw through “the hatchet-job to which the police were being deployed”. While granting police access to statements and account opening forms, the wise judge ordered that Dilly Motors be served with the ex parte application within 48 hours to enable the car dealer be heard on the prayer for freezing order, stating thus: “I am minded to direct that the 1st Respondent should be put on notice as to order/prayer 1 of the application herein”. The application was then adjourned to 27th July, 2020 for hearing. The statement averred that the Police never served the application as ordered by the Court.

Condemning the practice of planting of false court proceedings in the press and the complainant’s desperation to criminalize a contractual dispute, the statement added that before Solalina got the police into the failed attempt to obtain freezing orders, it had filed a suit for breach of contract against Dilly Motors in Suit No. YHC/108/2020 before Justice I. T. Cocodia in the Yenagoa Division.

The attempt by Solalina to freeze the same accounts on 9th July, 2020 through an ex parte Mareva Injunction was rebuffed by Cocodia J. who also ordered that Dilly Motors must first be heard. The next day (10th July, 2020), the police filed Suit No. SHC/11M/2020 in Sagbama Division seeking a freezing order which was heard on 13th July, 2020, and similarly refused. “We have instructions to sue those behind the malicious falsehood including media houses”, the statement concluded. 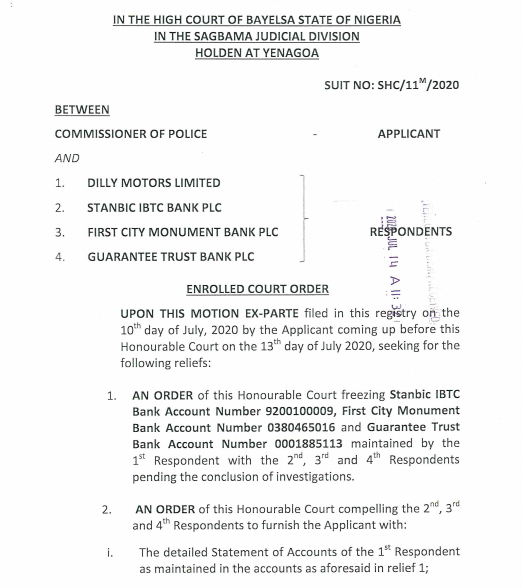 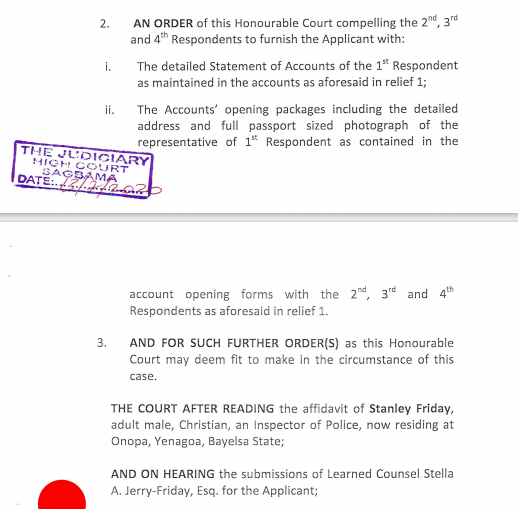 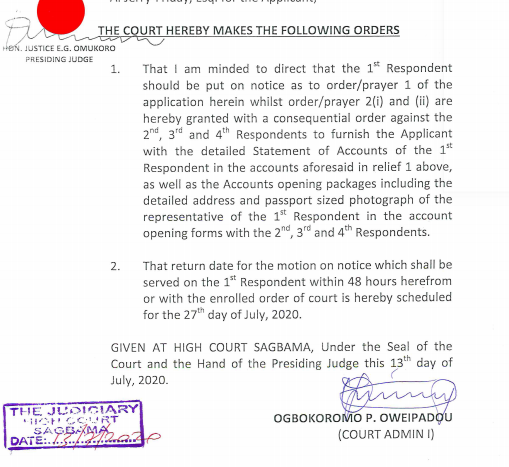