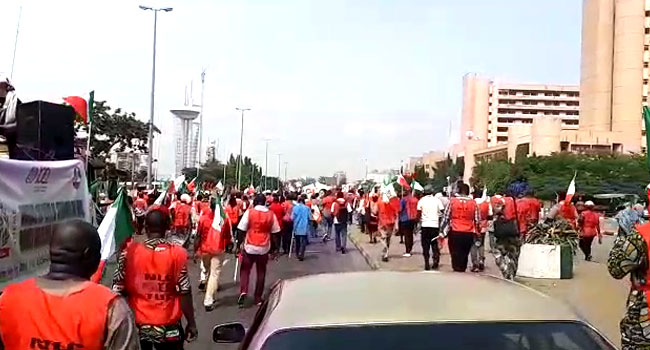 The Nigeria Labour Congress (NLC) has insisted that it will carry on with its proposed strike action with regards to the recent increase in electricity tariff and the removal of petrol subsidy.

This resolve was taken following a closed-door meeting between the NLC and the Speaker of the House of Representatives, Mr Femi Gbajabiamila.

Mr Gbajabiamila had on Sunday met with representatives of NLC, at the National Assembly Complex in Abuja, in an attempt to mediate and broker an amicable solution to the impasse between Organised Labour and the Federal Government (FG).

Briefing journalists after the meeting, NLC President Comrade Ayuba Wabba said the proposed strike by the union will proceed unless the FG addresses the issues.

Reacting to the court order restraining the NLC from downing tools, Mr Wabba said the organization has not been served with the order and cannot speak on it.

He, however, noted that there is a judgement of a Federal High court stopping the increase of electricity tariff which the FG has refused to obey.

According to the NLC President, the proposed strike will only fail to hold if the govt makes a u-turn before 12 midnight today.

I did not burn down any police station. I only stole...