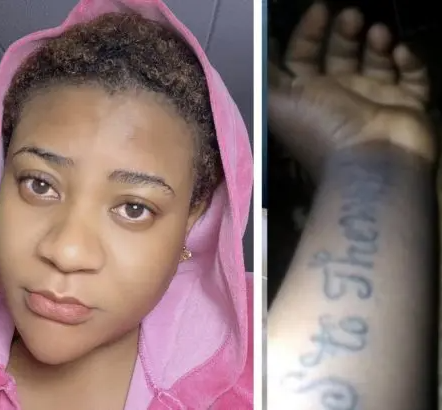 Actress Nkechi Blessing Sunday has apologized to a follower who she called out for tattooing her name on her arm.

The follower named Oyinda had tattooed “NBS to the world” on her arm, which is a combination of Nkechi Blessing Sunday’s initials and a quote she’s known to use.

Reacting, Nkechi suspected her of doing it for money and told her she won’t get a kobo from her. 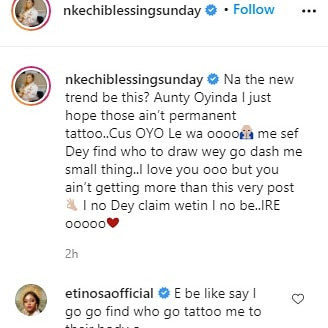 Nkechi Blessing has now reached out to the woman privately to apologize. She also apologized publicly.

Her apology comes after some celebrities blasted those who treated their fans who got tattoos of them with disrespect.

See her apology below. 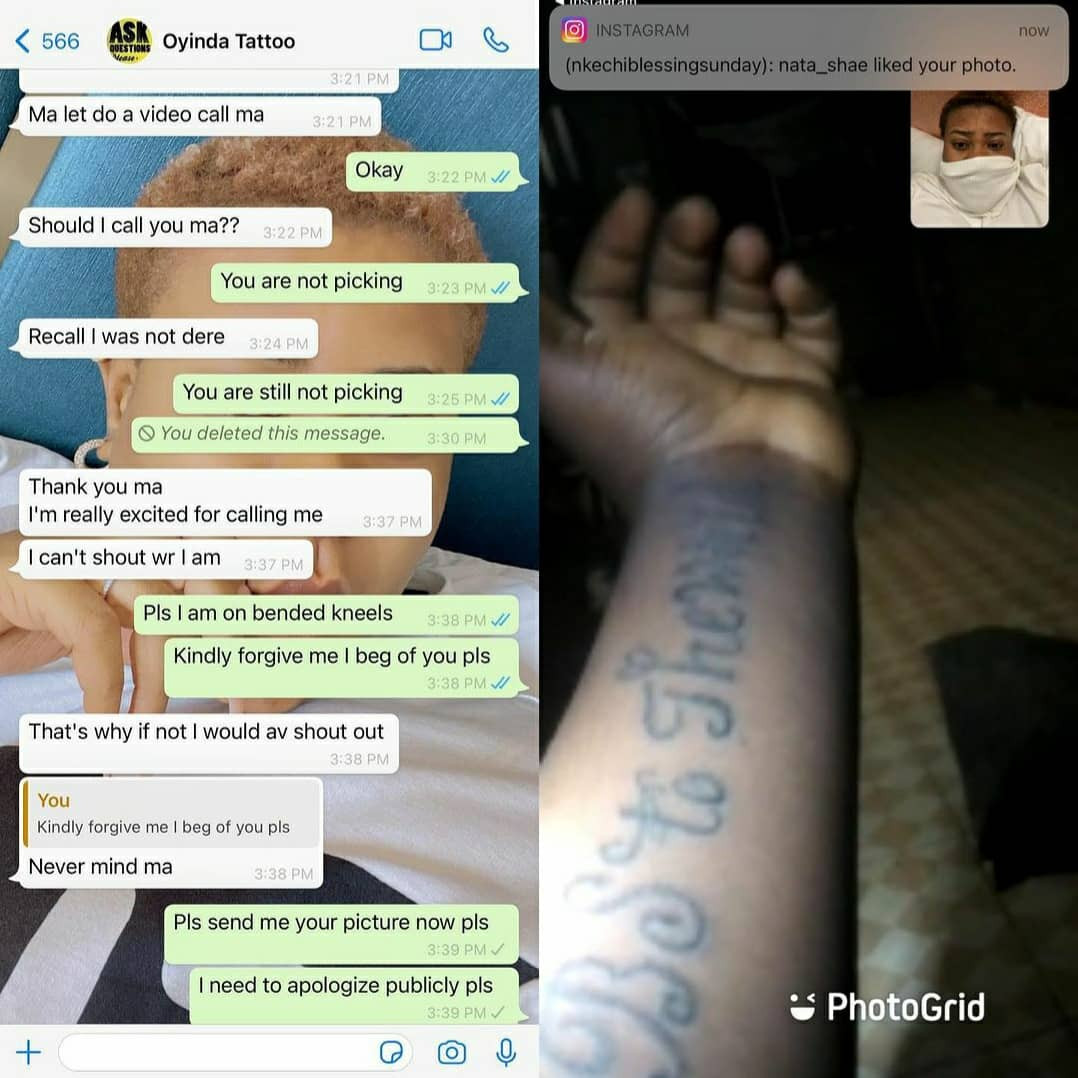 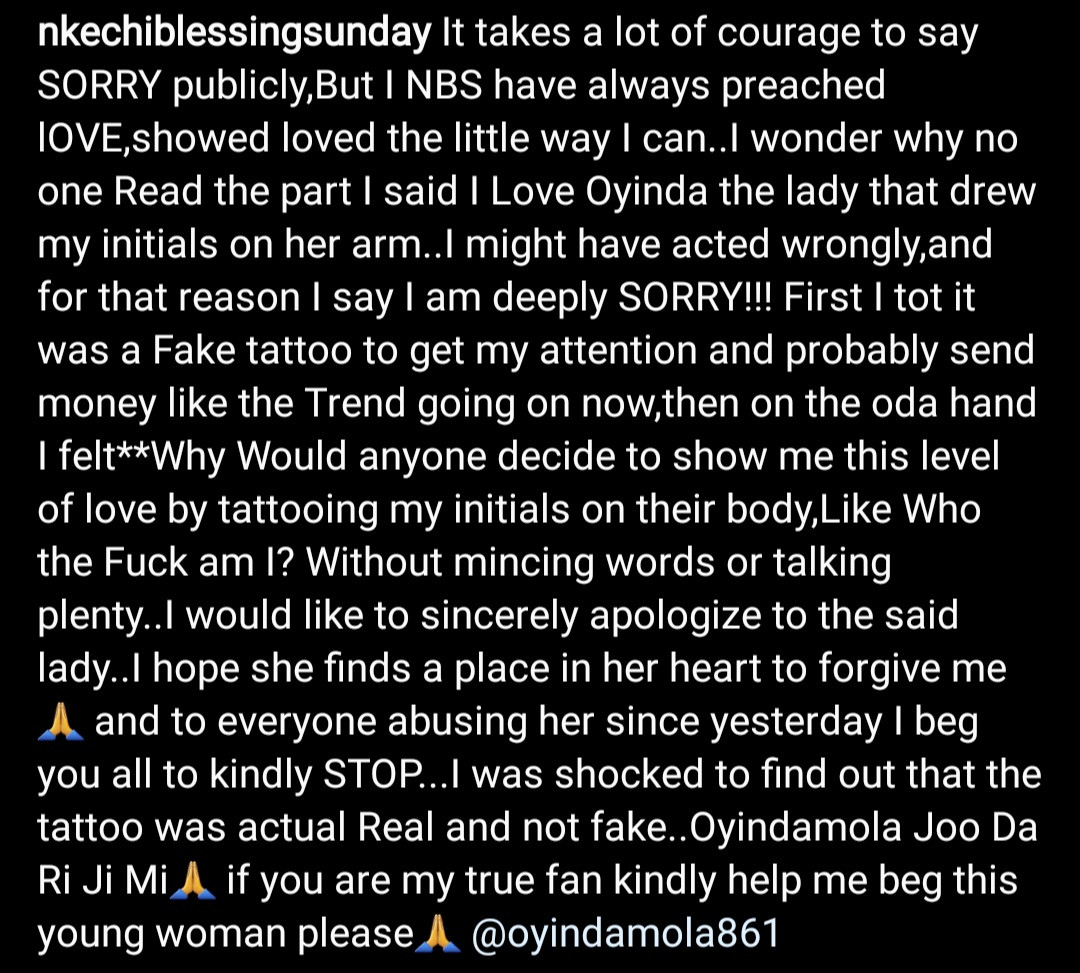