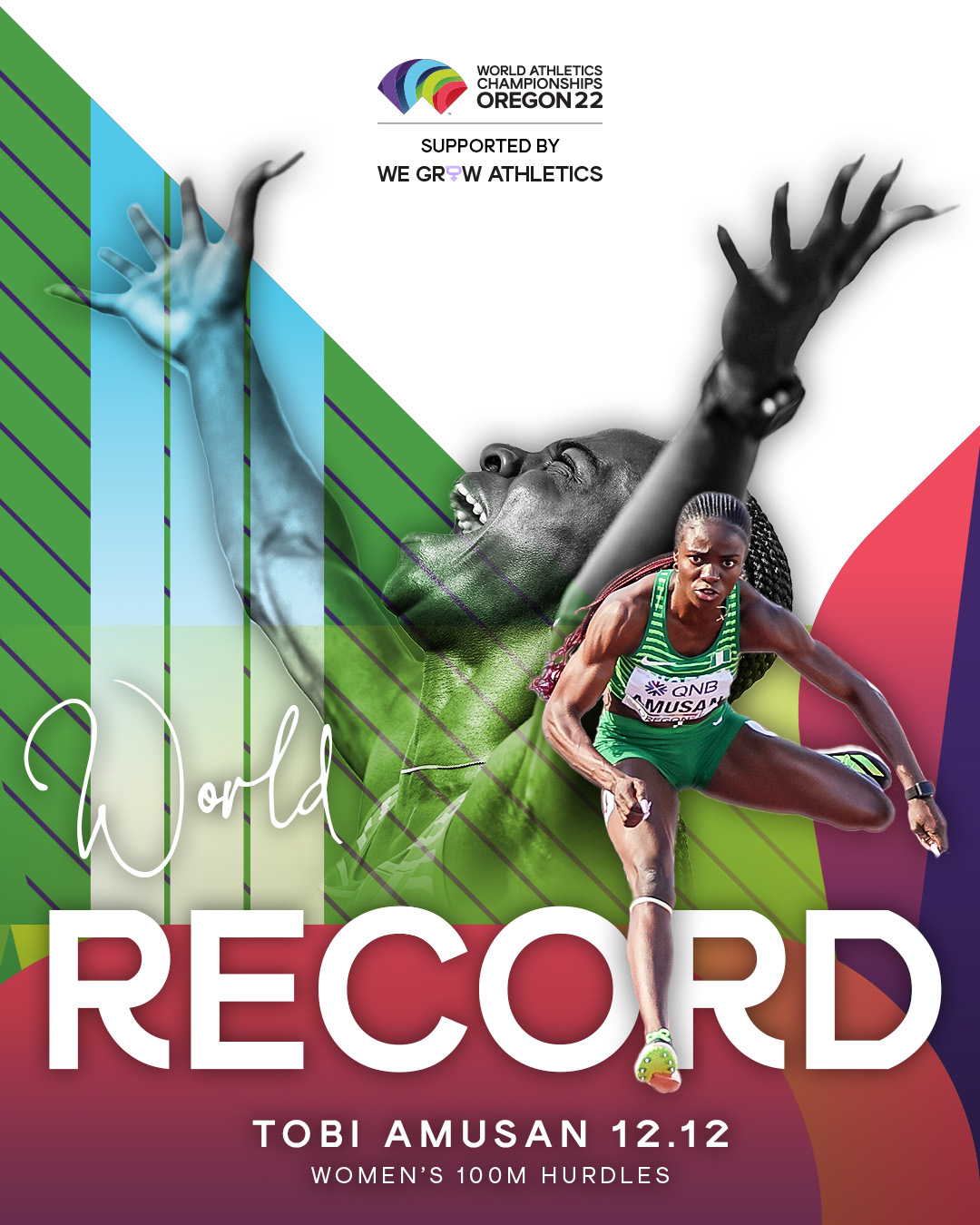 Tobi Amusan, Nigeria’s representative at the 100m Hurdles Women in the ongoing World Athletics Championships in Oregon, U.S, broke 2 records at the competition!

First was her own African 100m Hurdles record, running 12.40s at the heat stage. It was also the fastest heat time ever run at a global championship, according to World Athletics on Twitter.

Fastest heat time ever run at a global championship!#WorldAthleticsChamps pic.twitter.com/orcQVOxpnH

Then she went on to run 12.12s in the semis, breaking the world record.

At the finals, she put on an excellent performance and ran a record 12.06s, but that record was ruled ineligible as the wind speed exceeded the legal limit. The wind was +2.5m/s.

“The goal was to come out and to win this gold. I believe in my abilities but I was not expecting a world record at these championships. You know, the goal is always just to execute well and get the win. So the world record is a bonus,” Amusan said, according to Reuters.

At the moment, she sits on 2nd place in the World Rankings for Women’s 100mH and 21st place in Women’s Overall Ranking, according to World Athletics.

BBNaija: Khalid clears air on having sex with Daniella