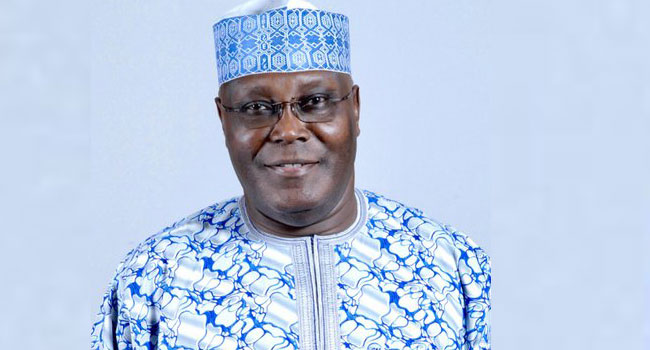 In a statement on Wednesday, Mr. Atiku said the nation is in dire need of healing.

“We must foster unity and douse the tense atmosphere which is breeding feelings of alienation. We must promote freedom of speech and freedom after the speech,” the elder statesman said.

Atiku also said that force alone is not enough to defeat separatist agitations in Nigeria. He advised the government to do everything to address issues that have given rise to various agitations.

He appealed to separatist groups to lay down their arms in the interest of the nation, arguing that taking up arms against the nation will further harm the country’s growth.

READ ALSO: It Makes No Sense For Oil To Be Cheaper In Nigeria Than Saudi Arabia – Buhari

“I call on those who have taken up arms against Nigeria to have a rethink. Whatever differences they may have with the rest of Nigeria, whether religious, ethnic, or political terror, violence and separatism are not the way. Let us learn from history.

“In Ireland, Israel, and the Balkans, such groups have seen the wisdom in giving up the armed struggle for participation in the political process. There is much wisdom in the saying that to jaw-jaw is better than to war-war. We must accept the reality that we are all brothers and sisters sired by our fatherland.

“We cannot defeat separatist groups by force of arms alone; we can only defeat separatism by making all Nigerians feel they belong. This is only possible when we live up to the words of our national motto: Unity and Faith, Peace, and Progress.”

In the spirit of Nigeria’s 60th Independence Anniversary, Atiku called on the federal and state governments, to release all political prisoners and detainees, and to discontinue the prosecution of such individuals.

Kaduna Govt relaxes curfew in all 23 LGAs, allows movement from 6am to 6pm

Kaduna Govt relaxes curfew in all 23 LGAs, allows movement from...