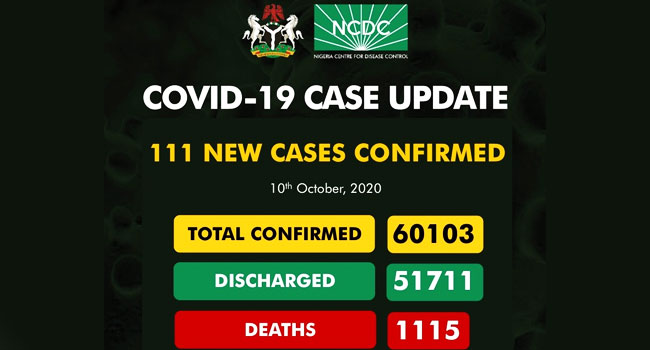 This was disclosed in the daily stats released by the Nigeria Center for Disease Control (NCDC).

According to the NCDC, the new cases were recorded in 11 states with Plateau having the highest figure of 32 cases.

Other states were Lagos with 23, the FCT with 15, Osun with 11, Ogun with nine, Oyo with six, Imo with four, Bauchi, Kaduna and Yobe with three each, and Rivers with two.

Lagos State has remained the epicenter of the virus with nearly 20,000 cases.

Since the virus emerged in China late last year, the virus has killed more than one million worldwide, infected more than 36 million, and forced millions more out of work as the pandemic batters the global economy.