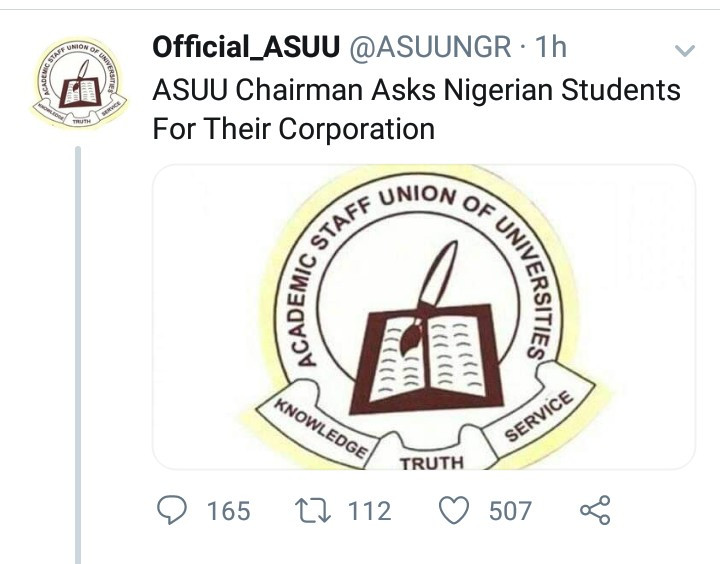 The Academic Staff Union of Universities (ASUU) said the strike will continue until the Federal Government addresses all its demands.

The Union then tweeted via its official Twitter account, asking students to be on their side. They said that the demands they are making is for the good of the students. 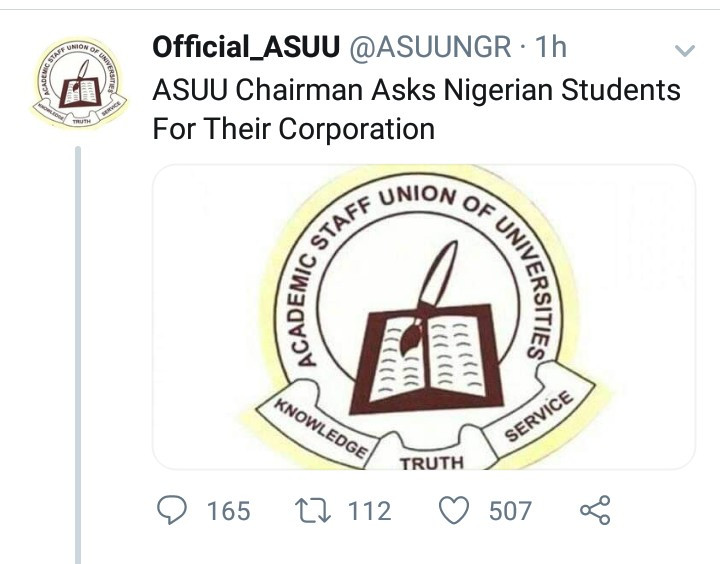 “Students who are our children and partners in progress should show understanding, what we are asking from the government are in their interest and the interest of the nation, good hostel accommodation, good classroom blocks that can engender effective learning, laboratories where cutting edge research can be carried out and offices that can drive the process of quality university education. 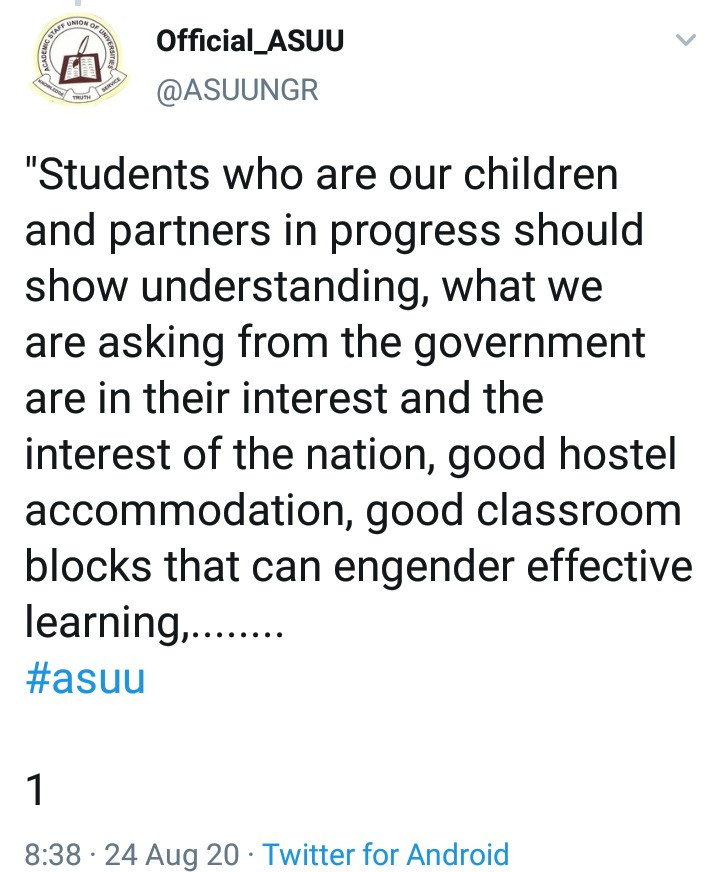 “So what we are asking of the government are not baseless things, but those things that in 2012, the government conducted during a needs assessment survey and found out that there is widespread rot and decay in the university system.” 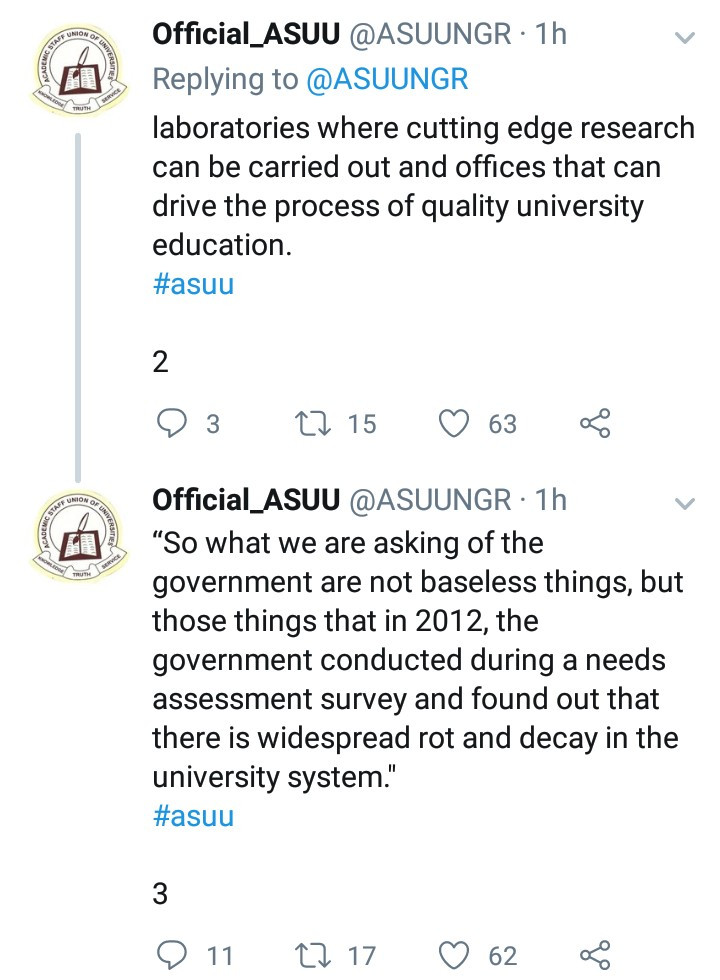 Well, Nigerian students were not buying ASUU’s tweets and they hit back.

One Twitter user said: “Students have been patient since the last three months. The truth is that we all have to be patient with each other FG and ASUU. You both don’t want to sort things out for the better of student yet you are asking student to be patient.” 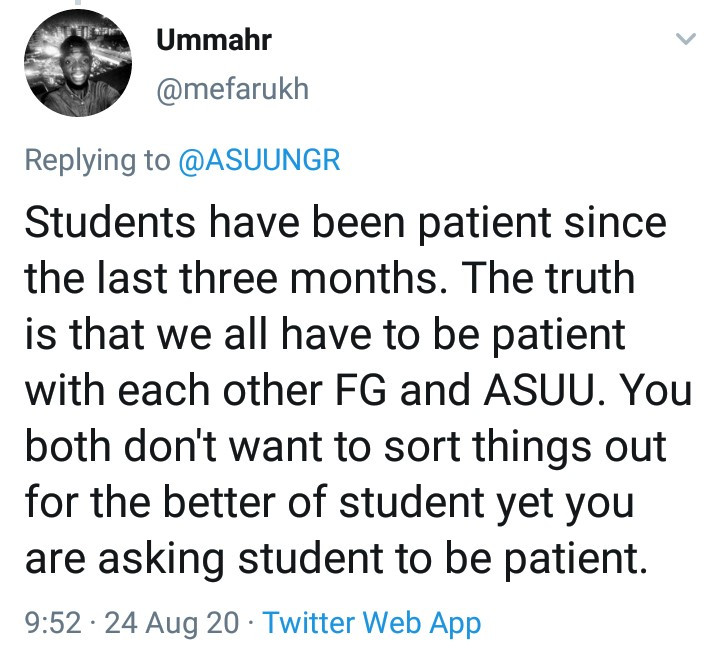 Another said: “Omo we want to resume! We can’t understand anything. All ASUU wants is for their own selfish interests. While we the students suffer for it in the end. #WeWantToResumeSchool #EndThisUselessStrike!”

“Then after staying in the good hostel and classroom where are we going to work after school. There’s no guaranteed job anywhere.  Stop wasting our time in school. We just want to graduate,” another tweet reads. 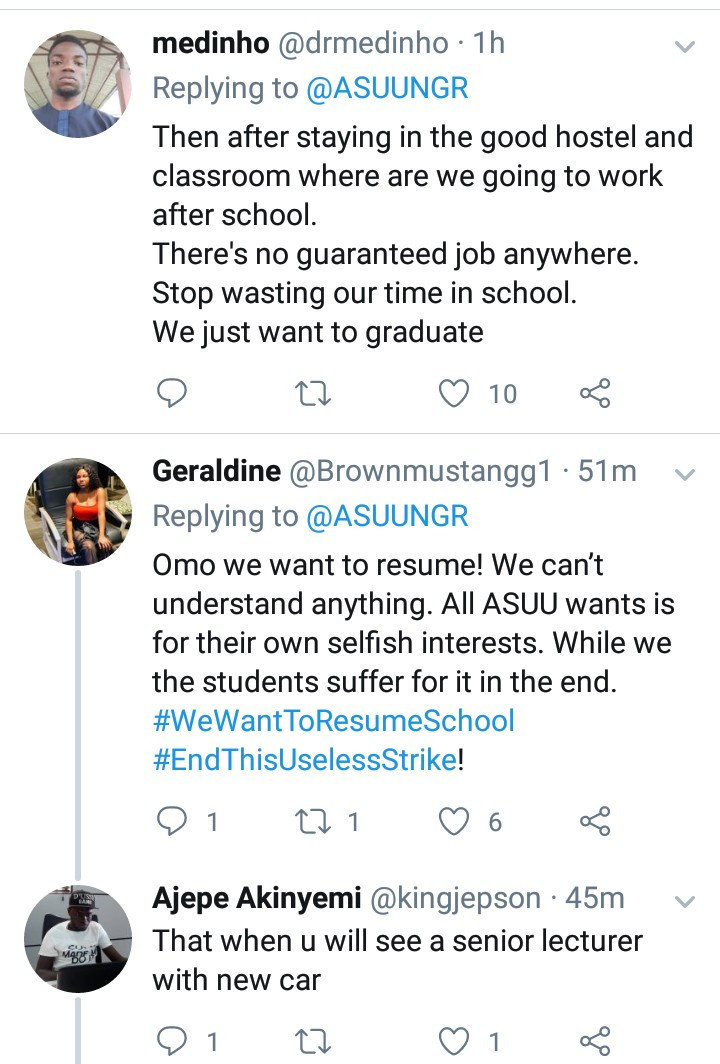 One student slammed them, writing: “Quit this endless capping. You guys increased school fees this session knowing we just came back from your incessant strike. Did you pity us or our parents. You guys and FG are one and the same. Don’t anger me.” 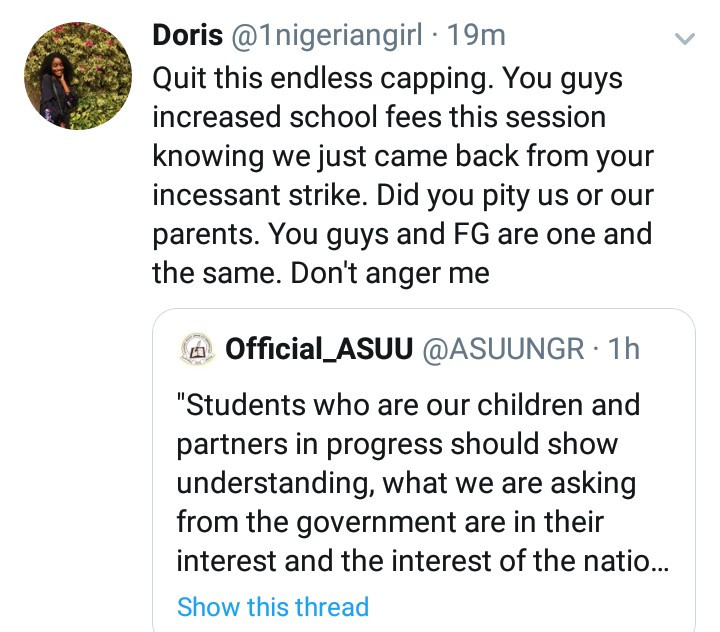 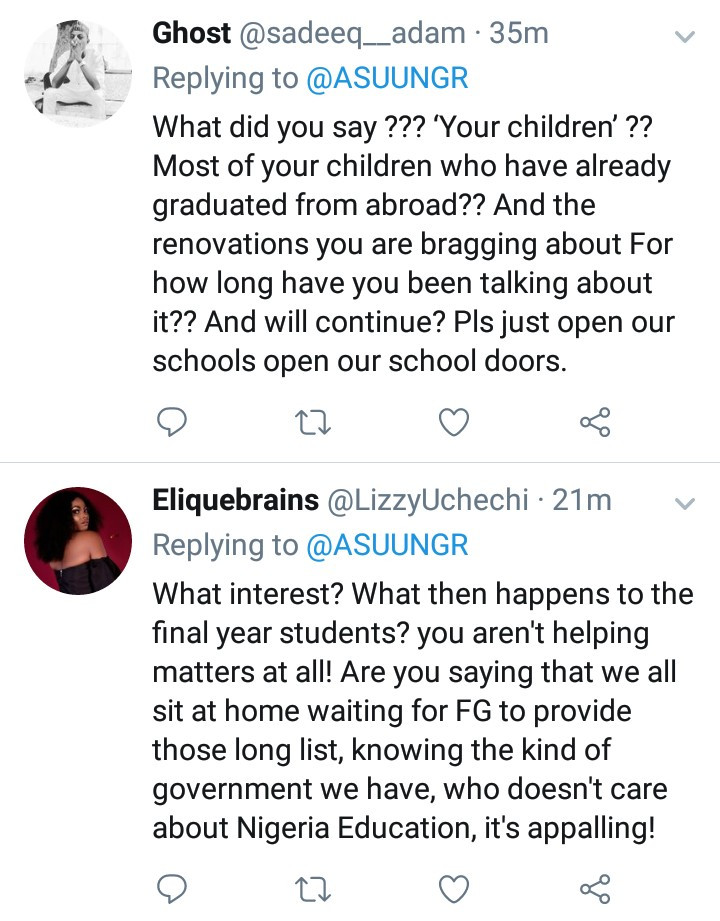 Meanwhile, the Academic Staff Union of Universities (ASUU) has formally written to the federal government, requesting for a date for the reopening of negotiations, which were abandoned in February due to the disagreement over the implementation of the Integrated Payroll and Personnel Information System (IPPIS).

The union also urged the federal government to initiate a process that would lead to the validation of its alternative salary payment platform, the University Transparency and Accountability Solution (UTAS).

It demanded that government should pull out all academic staff already captured on IPPIS and enrol them on UTAS.