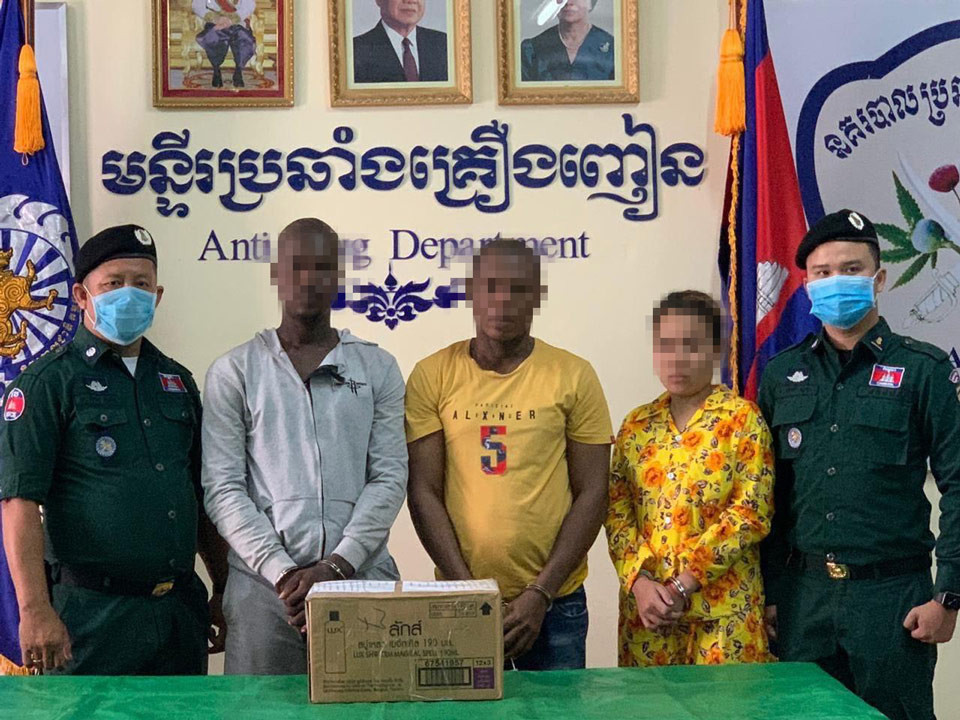 A Nigerian and a Sierra Leone national have been arrested in Phnom Penh, Cambodia for attempting to smuggle drugs into Australia.

The duo identified as Ogadimma Igwe Linus, 39 and Conth Abdul, a 29-year-old man from Sierra Leone, were arrested alongside a Cambodian woman, Han Lis, 28.

It was gathered that on October 6, 2020, at 9:45 am, the Anti-drug Department collaborated with Fedex Express in an operation coordinated by the Phnom Penh court prosecutor Soeung Moneyroth, to check out an unusual package which was hidden among some books being sent to Australia from Phnom Penh.

The officers discovered 993.42 grams of the methamphetamine drug (ICE) inside the package of books.

The suspects and the evidence were sent to the anti-drug department for case preparation. 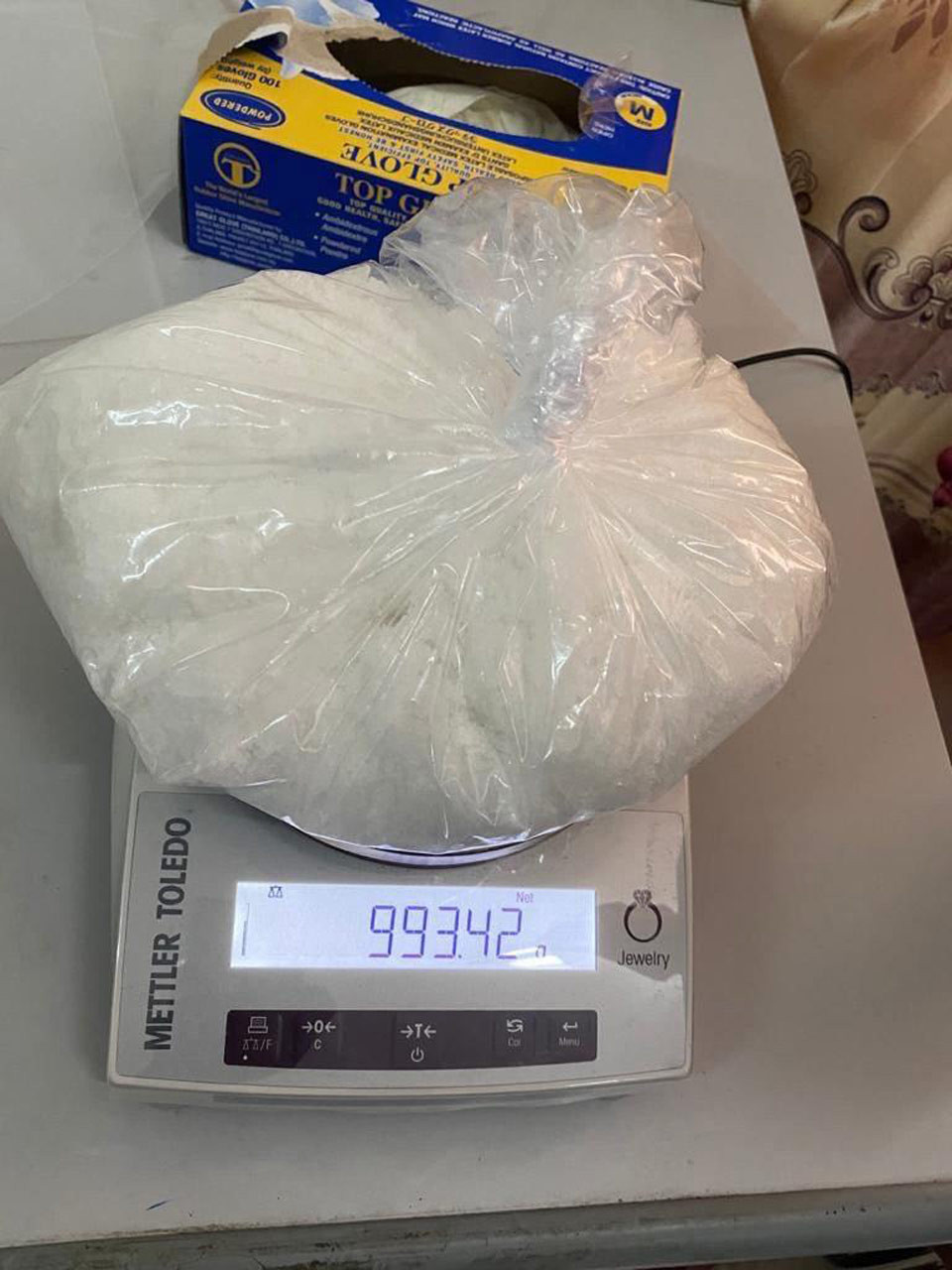 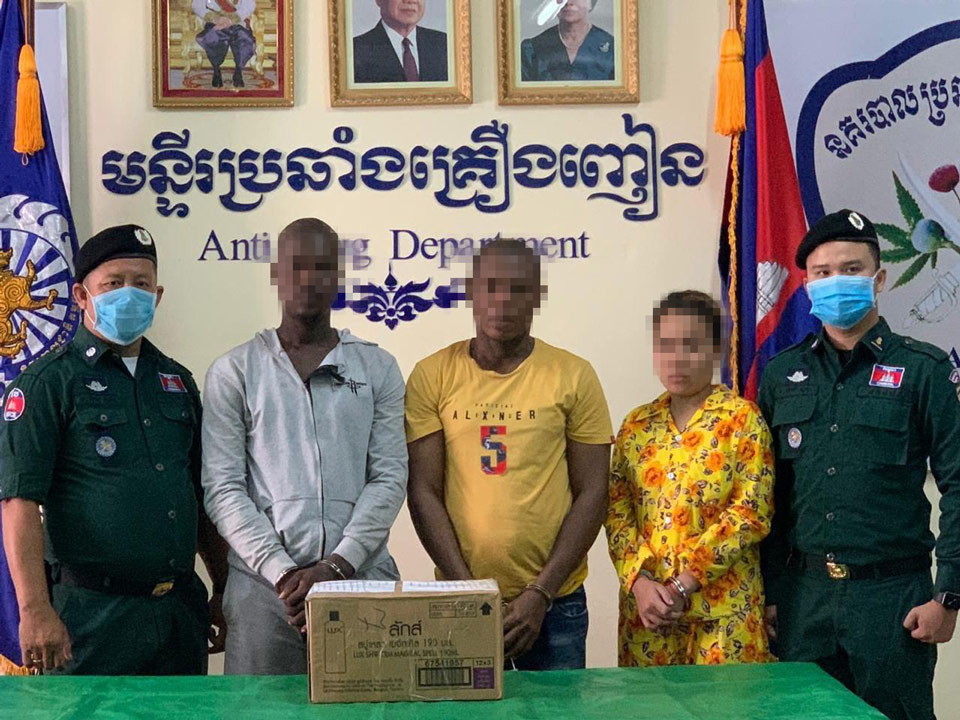