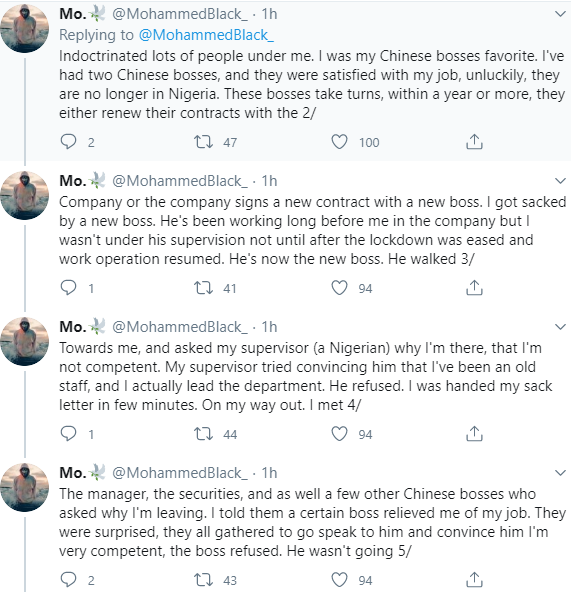 A Nigerian man who lost his job today took to Twitter to pour out his heart.

@MohammedBlack said he has been with the Chinese company for roughly three years and gave his best while there. He added that he was his Chinese boss’ favourite.

A new boss replaced the former after the Covid-19 lockdown was eased and he said the new boss has been sacking people for no reason.

He claimed that the new boss walked towards him today and sacked him without explaining why, despite protests and pleas from other staff attesting to his work ethics.

He added that after sacking him, the new Chinese boss installed a lady who was working as his subordinate to take over from him

Read his thread below.