Amara who shared the photos on her Twitter handle, noted that their love and vows to each other were unhindered despite the anti-gay laws.

The bill contains penalties of up to 14years in prison and bans gay marriage, same-sex amorous relationships, and membership of gay rights groups was passed by the national assembly.

Sharing photos of their tattooed finger which had their names spelt on them, Amara wrote; The country said we can’t sign our yes on paper, so we tattooed it on our skin. 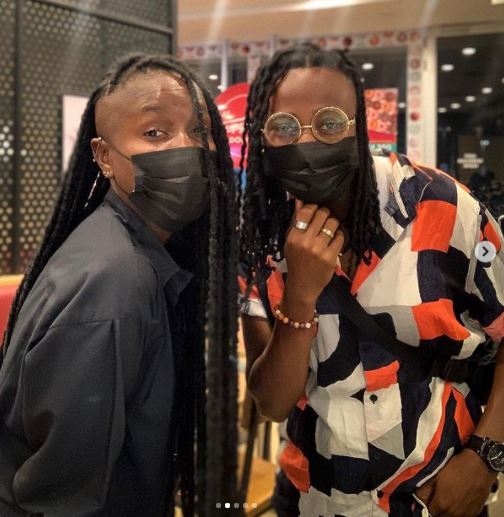 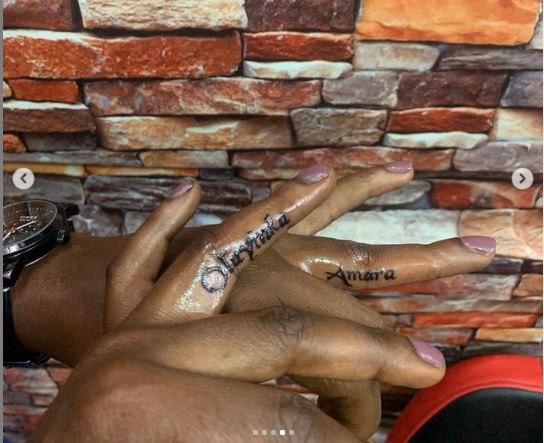 Newspot recalls that Amara recently lamented bitterly while accusing Christians of shaming her over her sexual orientation.

This comes after some Christians stormed her YouTube channel, shaming her sexuality while urging her to give her life to Christ.

Sharing some screenshots of the hateful comments on her Twitter page, Amara lamented bitterly while describing such Christians shaming her as demons, stating that she is not a sin.

Sharing the screenshots, she wrote, “turned a everyday; this is what I deal with. Christians are going out of their way to shame me or pray for me like I am a sin. I really want to scream, but we go dey use play play answer away these demons. I AM NOT A SIN” she wrote.

Who will be the next James Bond? The next 007 contenders – ranked