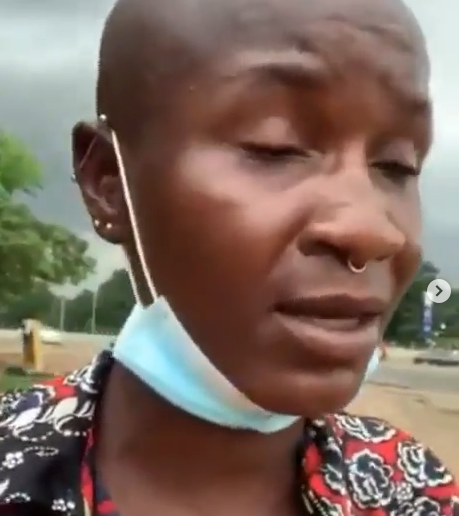 Nigerian lesbian and Gay rights activist, Amara has alleged that #EndSARS protesters turned against her and her queer friends after they joined the protest with placards and the rainbow flag in Abuja.

According to Amara, their placards were torn and their rainbow flag was also seized by the protesters who refused to allow them fly it. She tweeted;

A lady brought a rainbow flag and our fellow protesters turned on us at Berger Roundabout Abuja. they tore our placards and seized the flag. I got it back but they refused that we fly it. I wore it on my neck and they refused. said we either take it off or leave. I’m leaving

Lagos state police command reacts to allegation of giving out a child who has been missing for 4 years to a lady who is...