Nigeria and Sudan have met 14 times at the senior level.

The Super Eagles of Nigeria face Sudan in their second Group D match at the 2021 Africa Cup of Nations (AFCON) on Saturday, eyeing a berth at the knockout stage of the biennial soccer competition.

Nigeria, three-time AFCON winners, had gotten off to a good start in the tournament following a 1-0 victory over record-holders Egypt in their first tie a few days back.

Three points against the Falcons of Jediane at the Estadio Roumde Adjia, Garoua, will see the 2013 champions book a spot in the round of 16.

Nigeria’s preparation for the competition had been marred with tussles over the release of players.

While Napoli striker, Victor Osimhen, was left out based on health grounds; Watford did not release in-form forward, Emmanuel Dennis, a development that raised concerns among fans.

Aside from player availability, the sacking of long-time coach, Gernot Rohr, less than two months before the tournament also cast doubt on Nigeria’s participation. In his stead, former international, Austin Eguaveon, was named to handle the side.

But in their first game on Tuesday, the Eagles deservedly defeated the record-winners 1-0 after a dominated display. 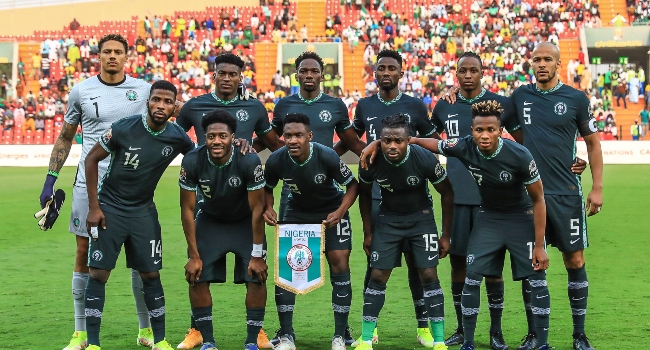 Eguaveon’s side have an abundance of attacking options to do the damage against Sudan. Iheanacho is expected to continue his goalscoring form in Saturday’s game while winger, Simon Moses, who was a thorn to the Egyptian defence in the first match, has his work cut out for the day.

Midfielder Joe Aribo – the provider of the assist for the goal against Egypt –  will carry much of the team’s creative weight while Leicester City’s Wilfred Ndidi shields the defence.

Ahmed Musa, the team’s captain, who missed the first game, could have a chance of adding to his international cap.

But there might not be a change of guard to the lineup that featured against Egypt.  Defender Kenneth Omeruo is also expected to be fit for the match after he was stretchered off the pitch on Tuesday.

In a pre-match briefing, Eguaveon said the Super Eagles will not be carried away with the win against Egypt.

“I am happy with the players and their ability to give their best on the pitch. I am focused on winning against Sudan at the moment,” the 1994 AFCON winner said.

“I am not thinking about anything else or how we will start our third match. We are completely focused on our match against Sudan. Beating Egypt was not easy, and we are looking forward to continuing our victories and qualifying for the next round.” 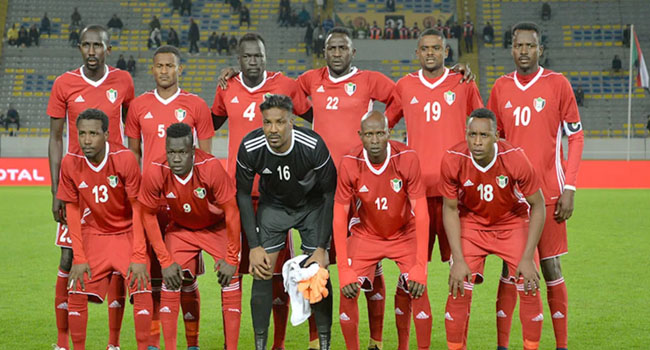 Sudan’s best performance at the AFCON in recent times was a quarter-final finish in 2012. [email protected]

The Super Eagles opponents are only returning to the continental fiesta since 2012 and will want to make a statement in a group containing some of Africa’s soccer heavyweights.

They hosted the maiden edition of the competition in 1957 and won the AFCON in 1970 also on home soil.

But a lull saw them miss the competition for 32 years, only to qualify in 2008 as Ghana hosted the continent.

In 2012, the Sudanese reached the quarter-finals of the biennial fiesta, one of their best outings in recent years.

But just weeks before the tournament, Hubert Velud was dismissed following the country’s poor outing at the 2021 Arab Cup. They lost all group games, conceded 10 goals but scored none.

The development, however, is not deterring new coach, Burhan Tia, who insists his young side should not be underrated.

“Our team is young, and we are building for the future. The spirit, ambition, and motivation will be our strong weapons in the tournament,” he said.

“There is nothing impossible in football. The group might be strong, but with good preparations and concentration we will be able to make it to the knockout stage.”

His team seem to be repaying his confidence in them as they battled hard to draw Guinea-Bissau in their first game. While Nigeria is a tougher opponent, the Falcons are hoping to give Nigeria a run for their money on Saturday.

The Sudanese side will be missing the services Mohamed Abdelrahman who netted a third of their goals during the qualifiers.

Ramadan Agab, and Nasr Eldin El Shigail are the other men the Falcons of Jediane will rely on to cause a major upset against Nigeria. Sudan are ranked 33rd in Africa and 125 in the world.

Tia will be banking on goalkeeper Ali Abu Ashren to continue his fine form when the match kicks off at the Roumde Adjia, Garoua. His sterling showing in the first fixture helped the Falcons earn a point against Guinea-Bissau.

Although Coach Tia admitted that Sudan will miss Rahman, the team, he noted, can spring a surprise.

“We play with a great team with high-level stars, but we will play with a balance between defense and attack,” the coach told CAF ahead of the game.

“The absence of Mohamed Abdel Rahman is impressive, but we have a number of young players waiting for an opportunity to appear.”

Nigeria and Sudan have met 14 times at the international level out of which the Super Eagles won eight. Two of the games were draws while the North Africans have won twice.