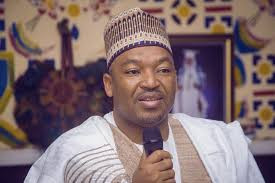 The Niger State government says it is negotiating directly with the abductors of 27 students of the Government Science College, Kagara, their teachers and family members, for their release.

The Secretary to the State Government, Ahmed Matane, made this known during an interview with Thisday.

Bandits dressed in Military uniforms stormed the school on February 17, killing one student and abducting 27 others.

During the interview, the SSG said there is no time fixed for the abductees to be released because negotiation is still ongoing with the bandits who abducted them.

“If anyone tells you he knows when the schoolboys will be released that person is lying; it may be today or tomorrow; nobody can say; we are still negotiating.”he said

Matane added that during the negotiations, the bandits presented their demands directly to the state government. According to him, the alleged high-handedness of men of the local vigilante was one of the reasons the bandits gave for taking up arms.

“They said that the vigilante members were killing their people and that government should stop this,” Matane said, adding that the bandits also complained of their neglect in the execution of the agricultural programmes of the government.

He also said the bandits complained about the destruction of their houses and the killing of their cattle through aerial bombardments by the military, saying that they complained that they had lost their means of livelihood.

NBC bans Ric Hassani’s Single “Thunder Fire You” & Everyone is...