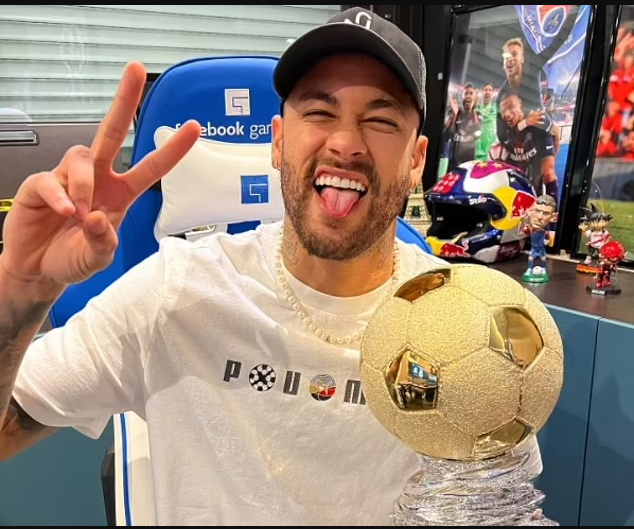 Neymar, 29, received the esteemed prize, which is awarded to the best Brazilian footballer playing outside of the country, for the second consecutive year after registering 17 goals and 18 assists for PSG in 2021.

The prize is given to the best Brazilian footballer playing outside the country.

Since moving to Europe in 2013, Neymar has picked up the Samba Gold award five times over the last nine years.

Before Neymar, Chelsea’s Thiago Silva dominated the Samba Gold award from 2011-13, receiving the gong while plying his trade with AC Milan and PSG.

Neymar was handed the prize in both 2014 and 2015, before earning it again in 2017 after then-Liverpool ace Phillipe Coutinho was named winner in 2016.

Another two Liverpool stars, Roberto Firmino and Alisson, were then awarded the honour in 2018 and 2019 respectively.