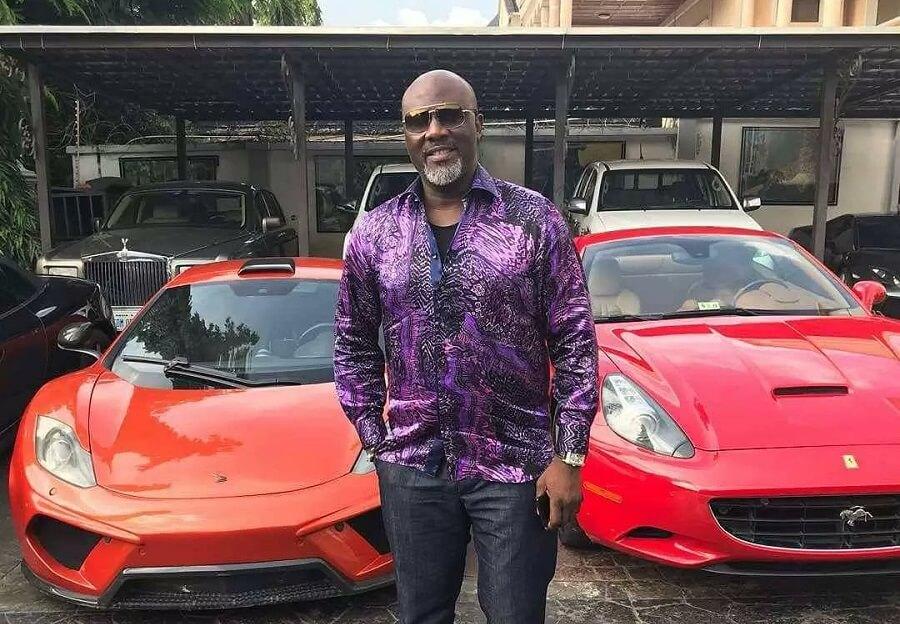 Recall that the model had taken to social media to share videos of herself visiting Dino Melaye who she described as her “uncle and daddy” in a hotel.

This, however, did not please the lawmaker as it trailed controversy. In an apology note to the former lawmaker, the Roman Goddess stated that she wasn’t trying to jeopardize his image as a public figure.

In reaction to the apology, Dino Melaye wrote, “Apology accepted. My kobo advise, next time take a loan from brain bank.” 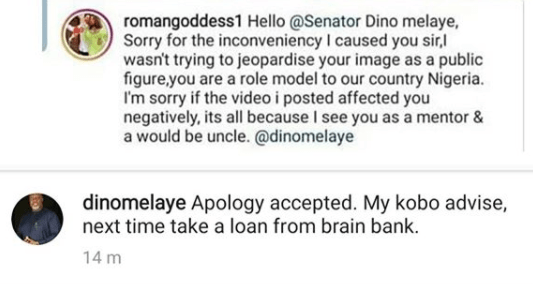