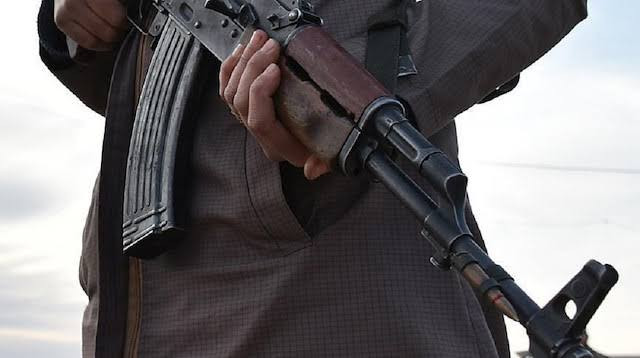 A newlywed groom was recently murdered while his pregnant wife was also kidnapped by suspected bandits in Jere town, Kagarko Local Government Area of Kaduna State.

According to the Daily Trust, over 50 bandits invaded Jere, a community along the dreaded Abuja-Kaduna highway, on motorcycles and were said to have moved from house to house.

Residents of the community alleged that the bandits appeared they have targeted the home of a former Commissioner, Abdulrahman Ibrahim who was out of town at the time. They, however, abducted his wife, a baby girl, his younger sister, and his wife’s sister.

Hassan Adamu , a resident of the community, said the bandits also attacked the home of a newly wedded couple and attempted to abduct the bride but the groom had resisted. He said while dragging his bride with the bandits, they shot him dead.

Hassan said there was tension in the community as youths expressed anger that despite the combined security presence of soldiers, divisional police office and area command, security agents failed to tackle the bandits who operated for over three hours.

“We made several calls to the various security agencies on ground and they all ignored us. This is the second major attack on our community in the last three months and we feel that the security agents stationed here are of no use to us,” Adamu, an angry youth, said

The state police command is yet to comment on the incident.