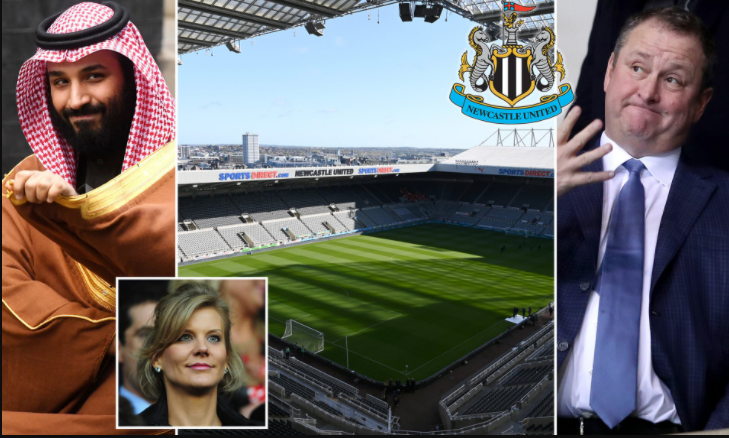 The Saudi takeover of Newcastle United is set to go through after the Gulf state settled its piracy dispute with Premier League broadcast partner beIN Sports and gave assurances over who will control the club.

Sources said that the lifting of a four-year ban on Qatar-based beIN Sports being shown in Saudi, as well as the removal of all forms of piracy in the country, will pave the way for the £300million deal to be signed off, ending Mike Ashley’s 14-year ownership.

The deal is expected to be officially announced today and will end Mike Ashley’s 14-year reign and set up spending spree. The new owners are said to be ready to get straight to work once the paperwork is complete.

A buy-out was abandoned in the summer of 2020 when the consortium,  led by Saudi’s Public Investment Fund (PIF) and including Amanda Staveley and the Reuben brothers — were unable to prove separation between themselves and the Saudi state, headed by Crown Prince Mohammed bin Salman.

The Premier League have now received assurances that the state will not be directly involved in the running of the club and sources say this will see the deal given the green light.

Ashley opened arbitration proceedings against the Premier League last year in a bid to revive the takeover and that case was set to be heard in January. It is now unlikely to happen.

The Premier League had delayed their decision on approving the deal via their owners and directors test,  given concerns over the involvement of the Saudi state, who they believe have been behind the piracy of their product over several years.

But with piracy issues having now been resolved with Newcastle fans set to welcome a new era that will make them among the richest clubs in the world.

‘If all of this had been done 18 months ago, the takeover would have been signed off already,’ a source told Sportsmail. ‘The Premier League could not approve a takeover whereby one of its member clubs would be owned by a state it believed to be guilty of piracy against the League and one of its broadcast partners. The League has tried to sue the Saudi state nine times in relation to piracy.

‘That was why the buyers had to prove separation from the Saudi state. That was almost impossible, especially given the revelations about Mohammed bin Salman texting Boris Johnson and pressurising him to influence the deal.

‘But those issues, including piracy, have now been resolved. Crucially, the Premier League do not want to be seen to be connected directly to the Saudi state.’