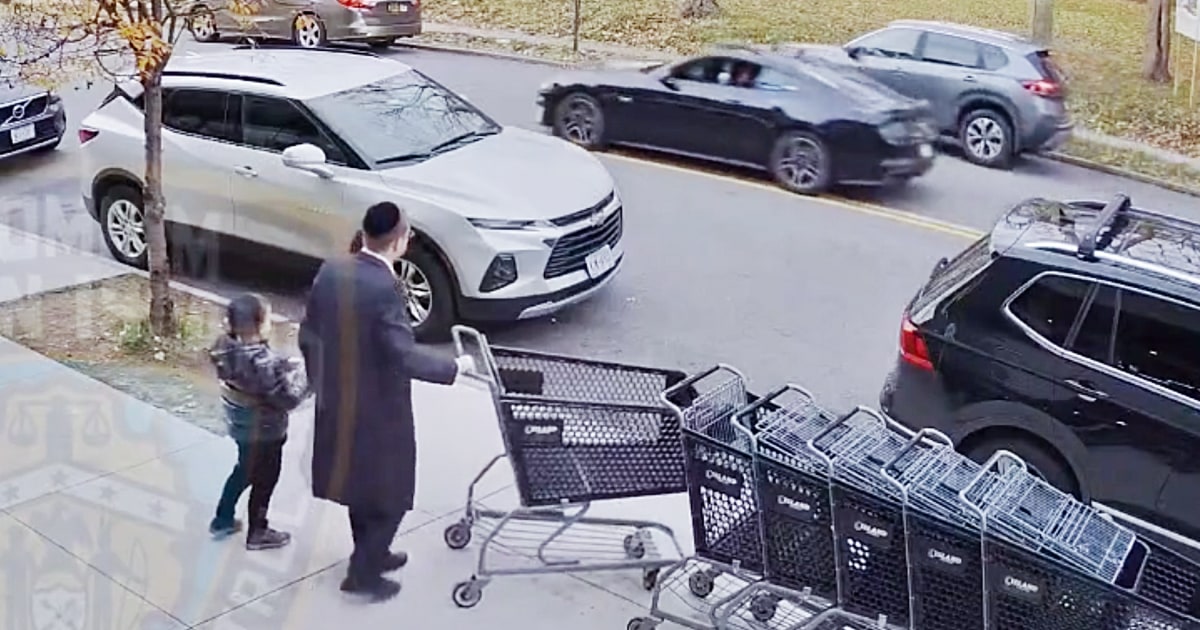 A New York man was arrested and charged on Tuesday after allegedly firing a BB gun at a Jewish father and son who were out grocery shopping over the weekend, police said.

Jason Kish, 25, of Staten Island, was charged with assault as a hate crime, endangering the welfare of a child, reckless endangerment and assault in connection with the incident, which unfolded on Sunday afternoon, the New York City Police Department said.

The victims, a 32-year-old father and his 7-year-old son, had been standing in front of a Kosher grocery store on Staten Island and were wearing yarmulkes when they were hit with BB gun pellets on Sunday afternoon, the NYPD said.

In video of the incident shared online by the Staten Island Shomrim Safety Patrol, the father and son can be seen appearing to put a shopping cart away outside the Island Kosher supermarket when a black Ford Mustang with at least one window rolled down drives by.

The boy can be seen grabbing his ear as he appears to be struck by a BB gun pellet, as the father appears to turn around to see what happened.

The NYPD’s 121st precinct had released a photo of the black Ford Mustang on Twitter, saying its driver was wanted for two counts of assault as a hate crime.

It was not immediately clear whether Kish has obtained an attorney. NBC News has reached out to a social media account appearing to belong to Kish.

On Tuesday, the precinct announced that the suspect wanted for the BB gun assault had been apprehended.

Speaking at a news conference on Tuesday, New York City Mayor Eric Adams said he feared the young boy allegedly targeted in the shooting would “never walk that street again without thinking about that incident.”

“We are not going to allow hate to run our city,” Adams said, noting that there has been a “substantial increase in hate crimes, particularly antisemitism, across the country,” including in New York, which he said has the largest Jewish population outside of Israel.

Antisemitic rhetoric has become especially prominent in recent weeks after Ye, the rapper formerly known as Kanye West, made a series of antisemitic remarks on social media and praised Hitler in an hourslong interview with conspiracy theorist Alex Jones.

The White House announced on Monday that a roundtable hosted by second gentleman Doug Emhoff would be convened Wednesday to discuss the rise of antisemitism and efforts to counter hate across the country.