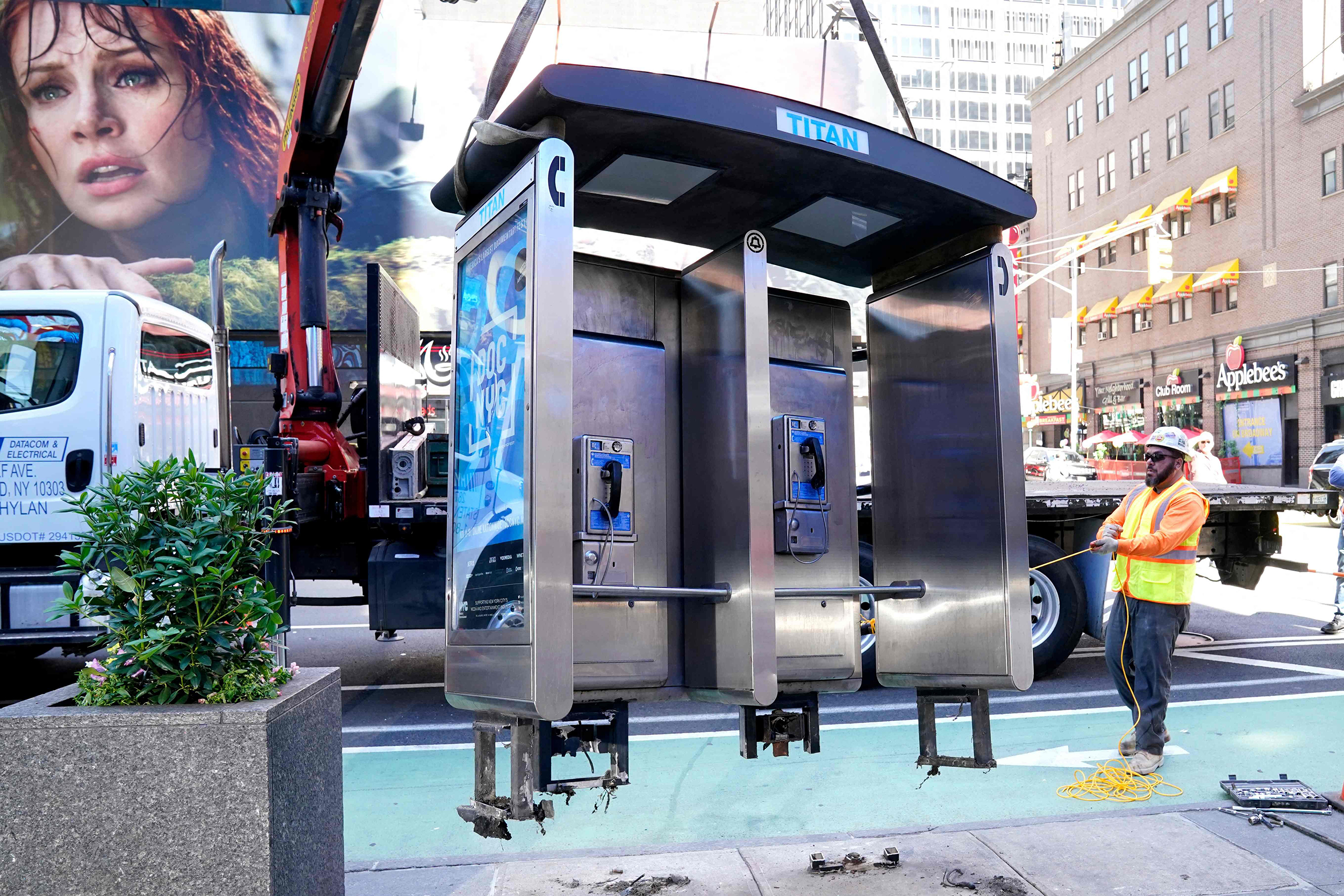 It’s the end of an era: New York City removed its last public payphone on Monday.

The boxy enclosures were once an iconic symbol across the city. But the rise of cellphones made the booths obsolete.

The effort to replace public pay telephones across the city kicked off in 2014 when the de Blasio administration solicited proposals to reimagine the offering, the city’s Office of Technology and Innovation said in a news release.

Officials selected CityBridge to develop and operate LinkNYC kiosks, which offer services such as free phone calls, Wi-Fi and device charging. The city began removing street payphones in 2015 to replace them with the LinkNYC kiosks.

There are nearly 2,000 kiosks across the city, according to a map from LinkNYC.

“Just like we transitioned from the horse and buggy to the automobile and from the automobile to the airplane, the digital evolution has progressed from payphones to high-speed Wi-Fi kiosks to meet the demands of our rapidly changing daily communications needs,” Commissioner Matthew Fraser said in the release.

The last public pay telephone will be displayed at the Museum of the City of New York as part of an exhibit looking back at life in the city before computers.