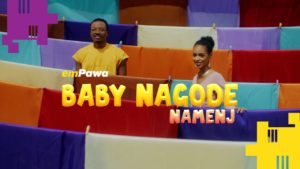 Namenj whose real name is Ali Jubril Namanjo is a Nigerian singer and songwriter who sings in his local dialect – Hausa. He is best known for his hit single “Dama” which amassed over 10 million streams.

Produced by Baad, “Baby Nagode” is a monster hit off his debut album; “The North Star“, which was released in November 2021. The video was shot and directed by Dayamund for Pinkline Films.

Watch the video for “Baby Nagode” below: