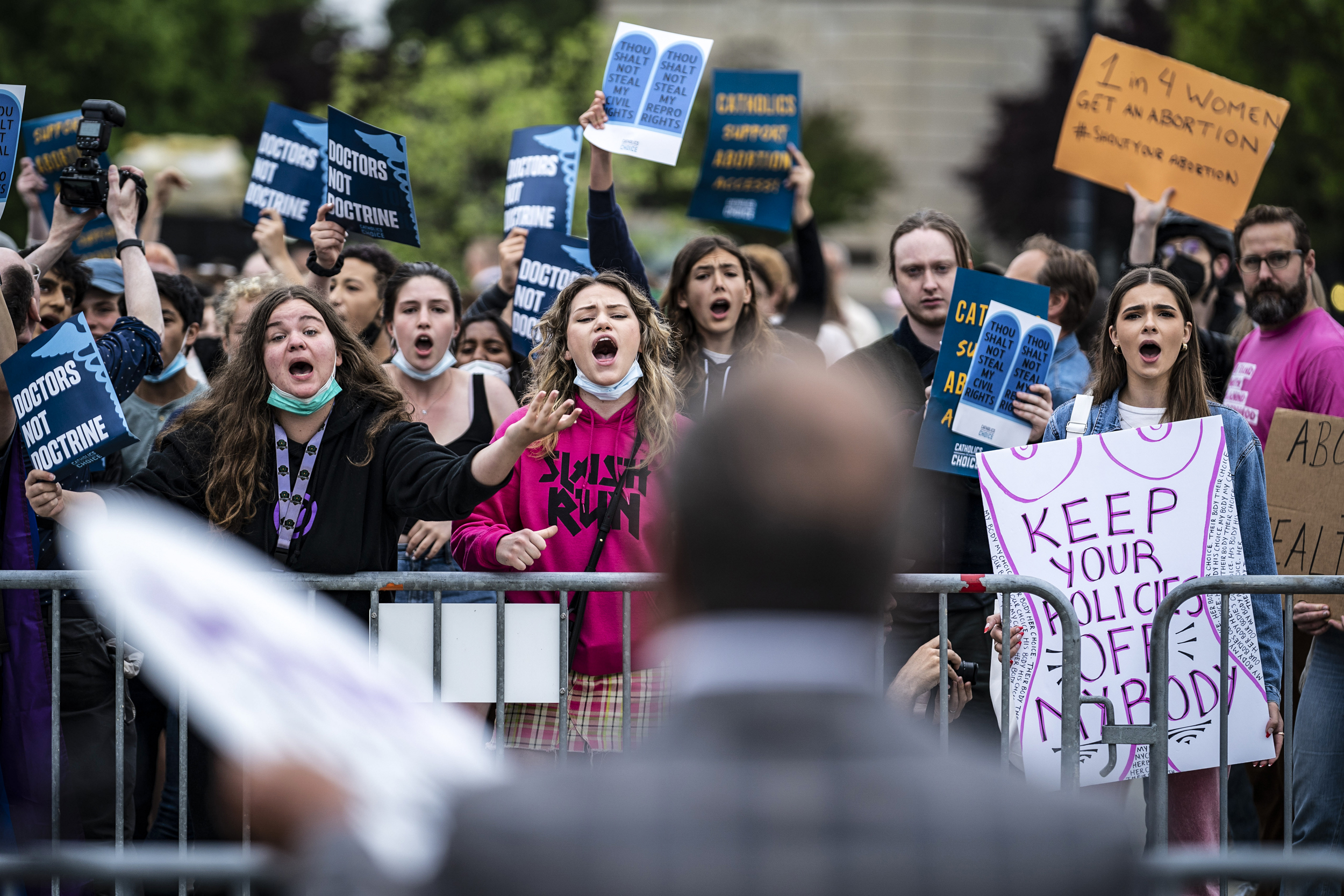 A new survey shows a deep and widening partisan split over abortion among the public as a leaked draft opinion indicates the Supreme Court will overturn Roe v. Wade.

Support for abortion rights is strong among Democrats and those who lean Democratic, a Pew Research Center survey found, with 80 percent of Democratic adults saying abortion should be legal in all or most cases, compared to 38 percent of Republicans and those who lean Republican. The survey of 10,441 adults was conducted March 7-13, before Monday’s bombshell leak, with a reported margin of sampling error of plus or minus 1.5 percentage points.

Democratic support for abortion rights has risen in the past 15 years, while opinions among Republicans have remained relatively steady since 2007.

Overall, about 6 in 10 adults say abortion should be legal in most or all cases, compared to 37 percent who say it should be illegal.

The Supreme Court draft opinion indicated that the court had the votes to overturn Roe, the 1973 ruling that established federal abortion protections in the U.S. Chief Justice John Roberts has confirmed the authenticity of the draft but said it was not yet final.

Overturning Roe v. Wade would hand abortion rights back to the states. And data from abortion rights groups shows that almost two dozen states would be in position to ban abortions, with 13 of them having so-called trigger laws that kick in only if Roe is knocked down.

Nigel Chiwaya is a senior data editor for NBC News.