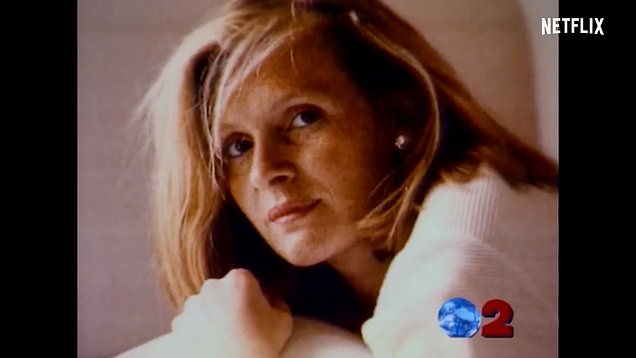 Toscan du Plantier’s violent murder in one of Ireland’s most beautiful and secluded places rocked the country to its core, sparking one of the country’s largest investigations.

In the following two and a half decades, it became a national obsession for both Ireland and France, with everyone wanting answers.

The series provides insight into the ongoing effort to obtain justice for Sophie, with access to the victim’s family as well as the man who soon became the major suspect in the police investigation.

Read on to find out more about the case.

Who is Sophie Toscan du Plantier and who killed her?

Toscan du Plantier, 39, was murdered in the lead up to Christmas, and to this day, no one has been officially charged over her death.

She was a French documentary producer that was killed outside her holiday home near Schull in Ireland.

Her body lay tangled in brambles, her pyjamas were torn and a bloodied concrete block was found beside her.

The mother-of-one was a regular visitor to Ireland, but she normally lived in Paris with her husband – celebrated filmmaker Daniel Toscan du Plantier – and son Pierre Louis Baudey-Vignaud.

Pierre-Louis was only 15 when she died.

He said in the new documentary: ‘She wasn’t just the wife of a French producer. She was arty and intellectual. She was very social but more than half of her was solitary: writing, thinking, meditating.’

The prime suspect for the murder was English journalist Ian Bailey, now 64, who lived a few miles away and was the first reporter on the scene. He was first questioned in 1997.

Ian was never charged in Ireland, despite being arrested twice, as there was no forensic evidence found linking him to the site.

‘The victim’s house is about three miles down the road or about a mile as the crow flies,’ he said in the documentary.

‘I’d done some work for her neighbour, Mr Alf Lyons, I was never introduced to her, but I was aware of her but I didn’t know her name.

‘It was alleged, unexplainedly, that a lady saw me down at Kealfadda Bridge in the early hours of the morning. It wasn’t me, it’s completely untrue, at the time I was asleep in the prairie cottage.’

In 2019, a French court found him guilty of the murder in his absence and he was sentenced to 25 years in prison.

Ian successfully battled multiple extradition demands from the French government, the most recent of which was denied by Ireland’s High Court in October. He remains in West Cork to this day and maintains his innocence.

Sophie: A Murder in West Cork premieres on Netflix June 30.


MORE : Daniel Craig and Kate Hudson bake in the Greece sunshine as Netflix’s Knives Out 2 gets underway