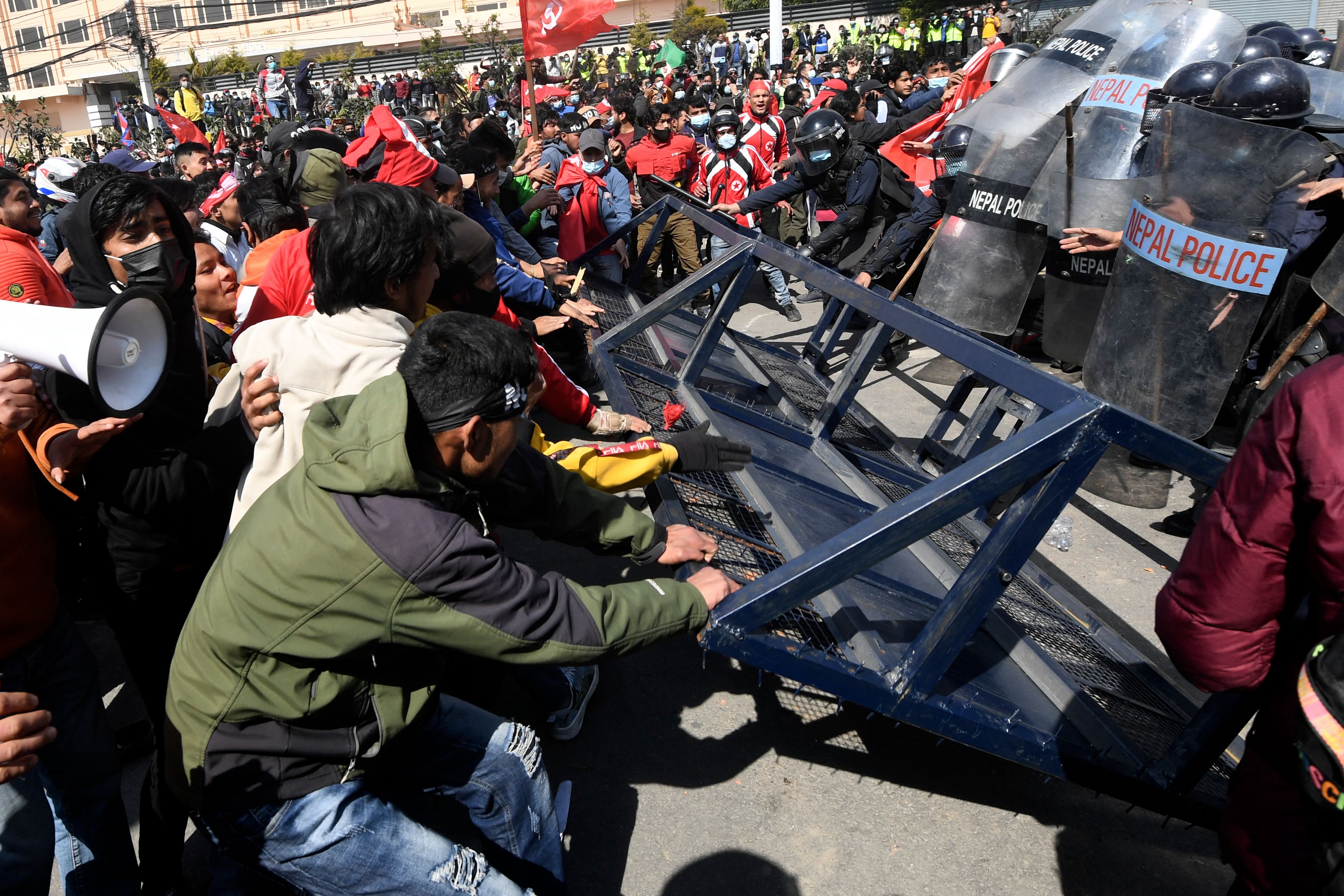 KATHMANDU, Nepal — Police in Kathmandu fired tear gas and water cannons to disperse protesters opposed to a U.S.-funded infrastructure program that was presented in Parliament for ratification on Sunday, witnesses and officials in Nepal’s capital said.

Some protesters were injured in the clashes, they said.

The Millennium Challenge Corporation (MCC), a U.S. government aid agency, agreed in 2017 to provide $500 million in grants to fund a 300-kilometer (187 mile) electricity transmission line and a road improvement project in Nepal.

Government officials said the grant will not have to be repaid and has no conditions attached, but opponents say the agreement would undermine Nepal’s laws and sovereignty as lawmakers would have insufficient oversight of the board directing the infrastructure project.

Despite loud protests, Minister for Communication and Information Technology Gyanendra Bahadur Karki put forward the agreement in Parliament and said the projects would benefit 24 million of Nepal’s 30 million population.

“The grant will be an important tool for the socioeconomic development of the country,” Karki said.

Major political parties, including members of the governing coalition, are split over whether to accept the U.S. grant money.

The U.S. Embassy in Nepal described the $500 million MCC grant as “a gift from the American people and a partnership between our nations that will bring jobs and infrastructure to Nepal and improve the lives of Nepalis.”

“This project was requested by the Nepali government and the Nepali people and designed to transparently reduce poverty and grow the economy of Nepal,” the embassy said in a statement issued late on Saturday.

“Whether Nepali leaders ratify MCC is a decision for Nepal to make, as a sovereign democratic nation, and Nepal’s decision alone,” it added.