A photo of Nengi’s original certificate from the University of Port Harcourt has surfaced on social media.

Recall, months ago, Nengi said she graduated with a second class upper division from the University of Port Harcourt, Rivers state. 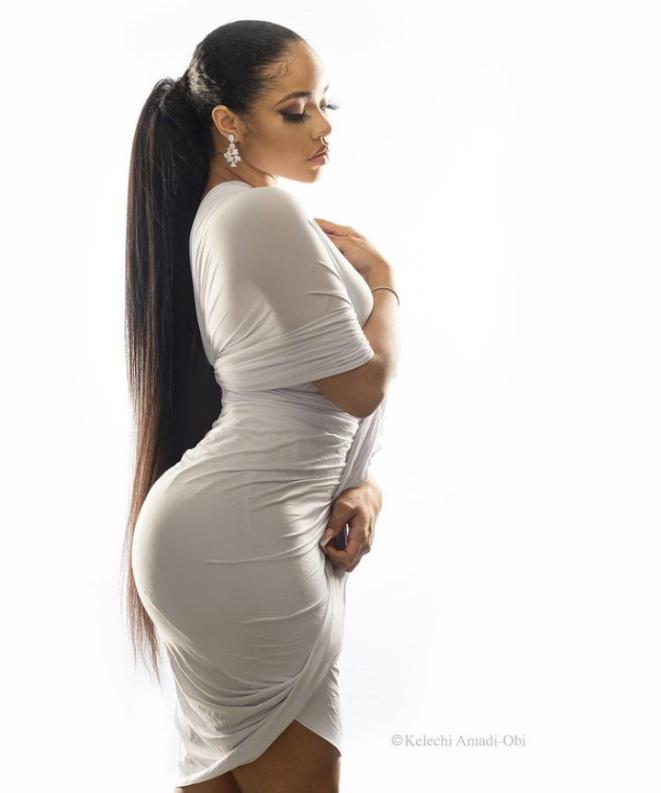 According to her, she was one of only 20 students to graduate with a 2nd class upper in a class of over 500 students.

However, some non fans were still doubting her statement and they took to Twitter to debunk her claims.

The reality star has now confirmed her statement by sharing a photo of her certificate from UNIPORT. 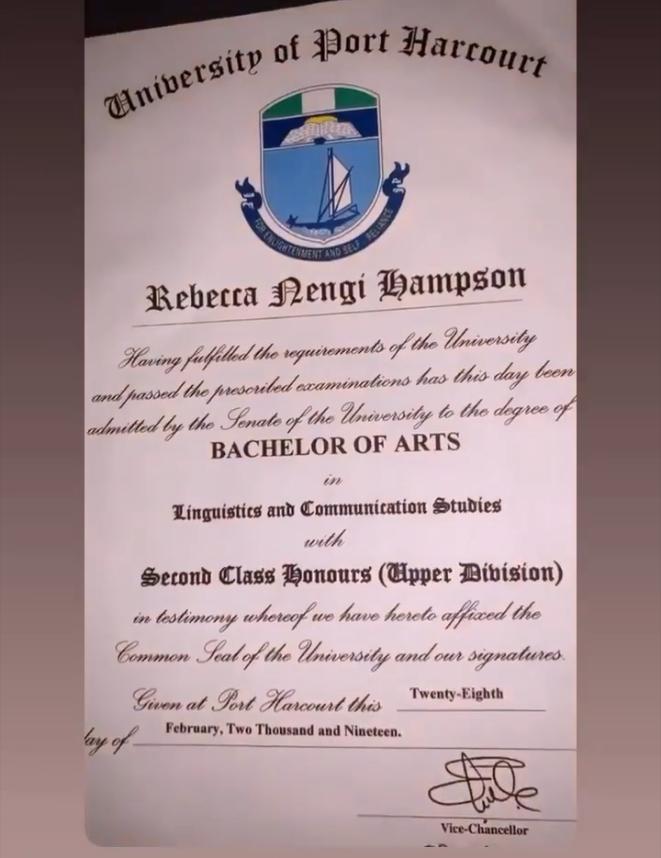