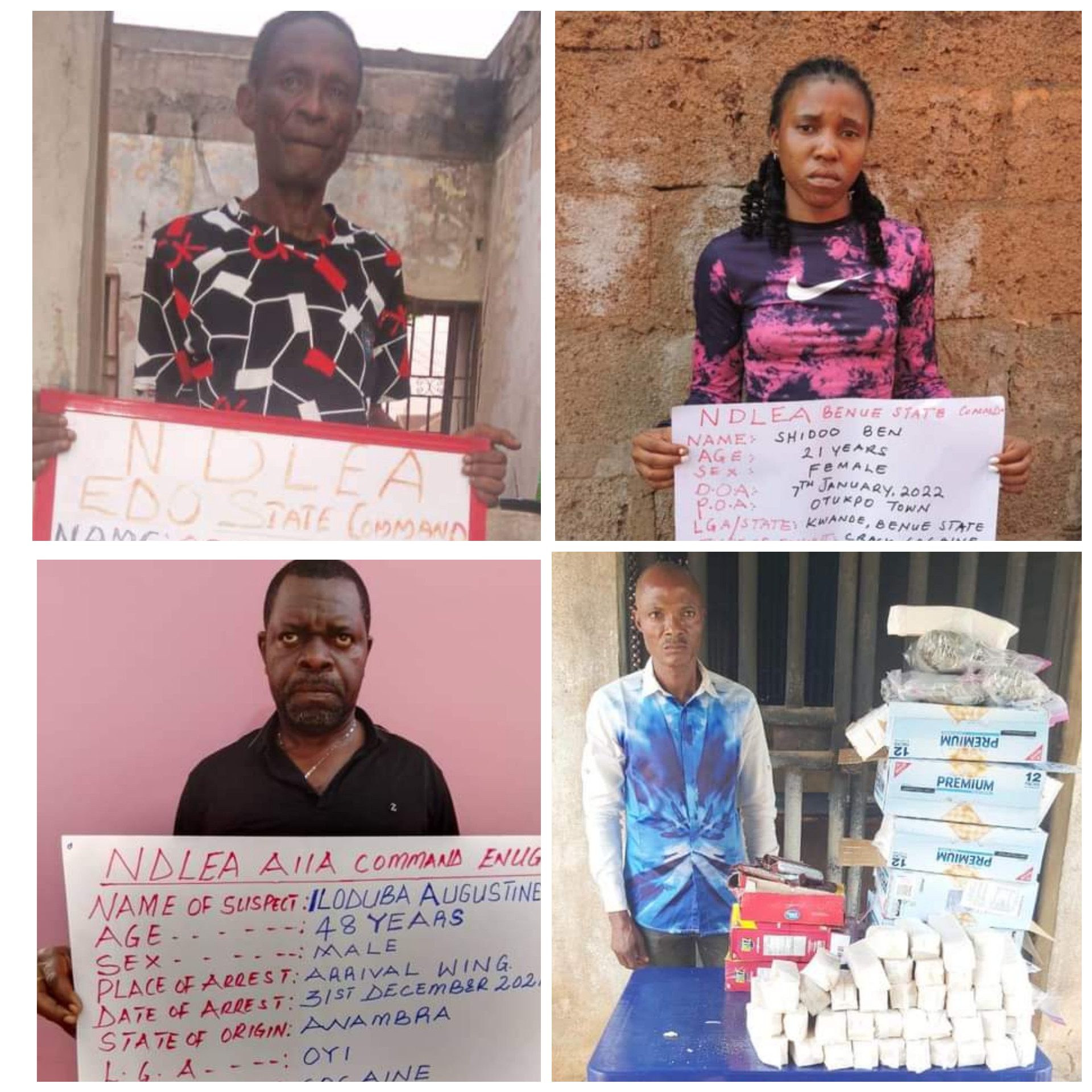 A 76-year-old grandfather, Osagie Robert has been arrested by operatives of the National Drug Law Enforcement Agency, NDLEA in Edo state where a suspected fake security agent, Godwin Ilevbare, a.k.a Edwin Agbon was also arrested for importing drug chocolates and cookies from Canada into Nigeria to sell.

Director, Media & Advocacy, Femi Babafemi, in a statement on Sunday, said that the septuagenarian popularly called old soldier was arrested on Friday 7th January, 2022 in Egor, Oredo area of the state for dealing in Cannabis.

The suspected fake security agent was nabbed during a controlled delivery of a consignment shipped into Nigeria through a courier company.

“Soon after the suspect signed for the consignment, undercover operatives embedded in the courier firm arrested him at his apartment in Benin city on Tuesday 4th January,” the stement read.

The consignment, which emanated from Canada, contains Colorado brand of Cannabis concealed inside chocolates and cookies weighing 6.491kilograms, while the drug cookies and chocolates weighed 5.566kg and 0.383kg respectively.

In a related development, a 48-year-old Iloduba Augustine, a passenger of Ethiopian airline that arrived Akanu Ibiam International Airport, Enugu, from Sao Paulo, Brazil via Addis Ababa, Ethiopia was on new year eve arrested and placed on observation during which he confessed to have swallowed 58 pellets of cocaine out of which he excreted 48 pellets which were delivered to a Kenyan while on transit in Addis Ababa for a fee of N1million.

He said he continued his journey to Nigeria with the remaining 10 pellets in his stomach, which according to him, he intended to sell in Lagos. The wraps of cocaine were later excreted at 10:40am on New Year day, 1st Jan.

In Niger state, 23-year-old Simon Richard, a 500 level student of the Dept. of Agric Economics and Extension, Federal University of Technology, Minna was arrested at Gidan Kwano Talba road, Minna with different quantities of Loud and Tramadol on Thursday 6th January.

In Benue state, a 21-year-old lady, Shidoo Ben was arrested with 14 pinches of crack cocaine at Jada Hotel, Otukpo on Friday 7th Jan. She traveled from Abuja to sell the drug in Benue.

This is even as a raid in Jigbele Lota camp, Owo area of Ondo state led to the recovery of 598kg cannabis and the arrest of Chukwuemeka Azi on Thursday 6th Jan.

At least, two suspects: Sunny Daniel and Joseph Chukwube were arrested in different parts of Rivers state with quantities of Methamphetamine; Heroin; Cannabis Sativa and Cocaine as well as N364, 500 cash on Thursday 6th Jan.

In Delta state, NDLEA operatives supported by soldiers on Wednesday 5th Jan. raided a warehouse in Abbi town, Ndokwa West LGA, where two variants of cannabis; Loud and skunk weighing 56.5kg believed to be imported from a neighbouring country as well as two suspects: Miss Lillian Echicheli and Collins Uzokwe were seized.

Chairman of NDLEA, Brig. Gen. Mohamed Buba Marwa (Retd) commended the officers and men of Edo, Enugu Airport, Niger, Ogun, Kwara, Plateau, Rivers, Ondo, Benue and Delta Commands as well as those of the Directorate of Operation and General Investigations, DOGI, for starting the new year with a strong message to drug cartels that the Agency will not relent in its determination and efforts against drug abuse and illicit drug trafficking in Nigeria. 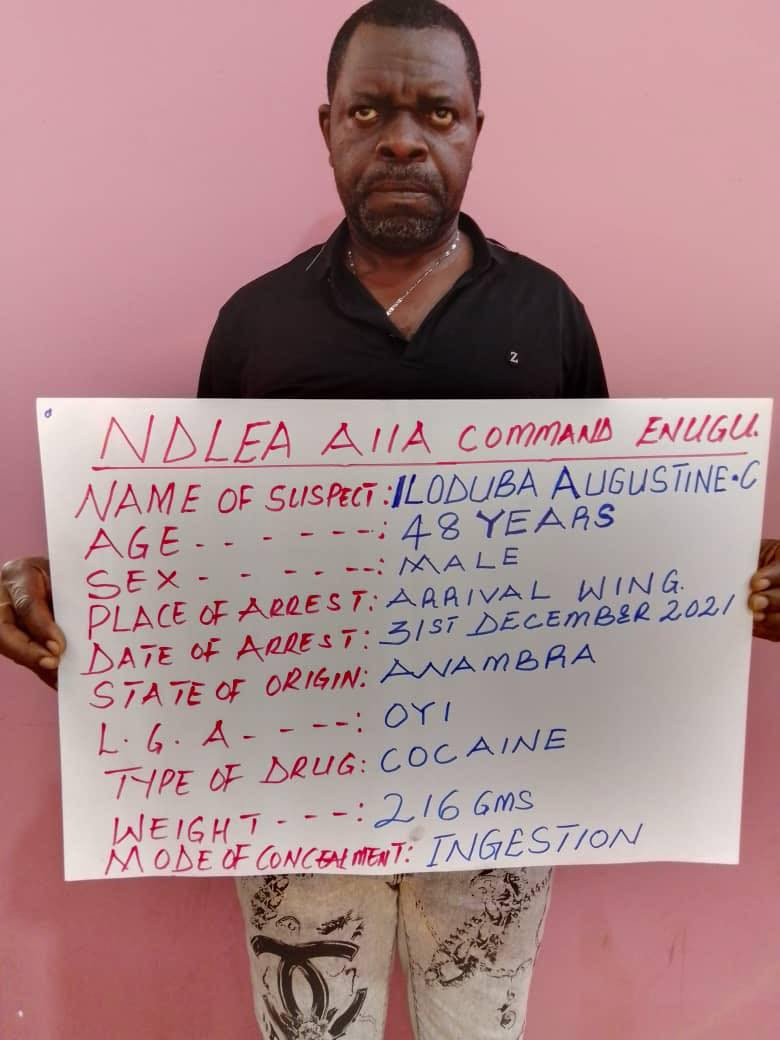 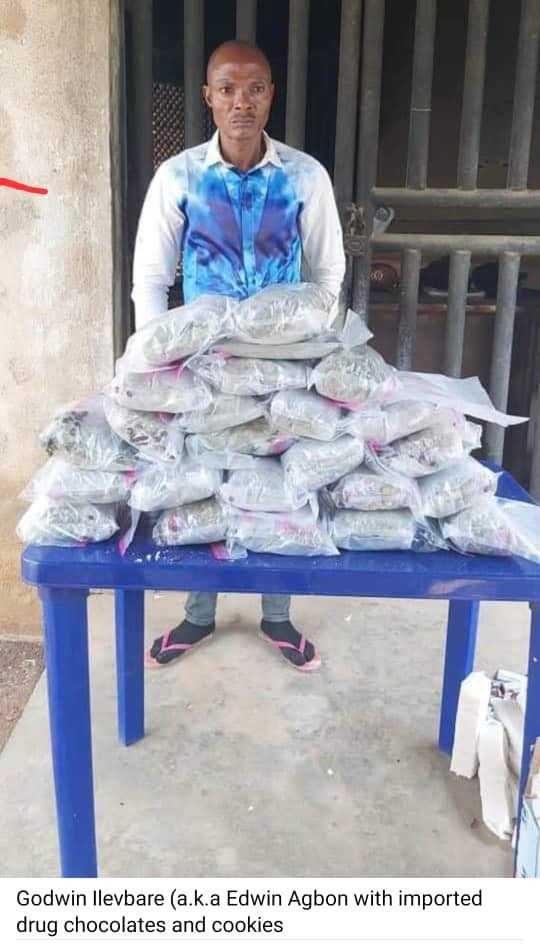 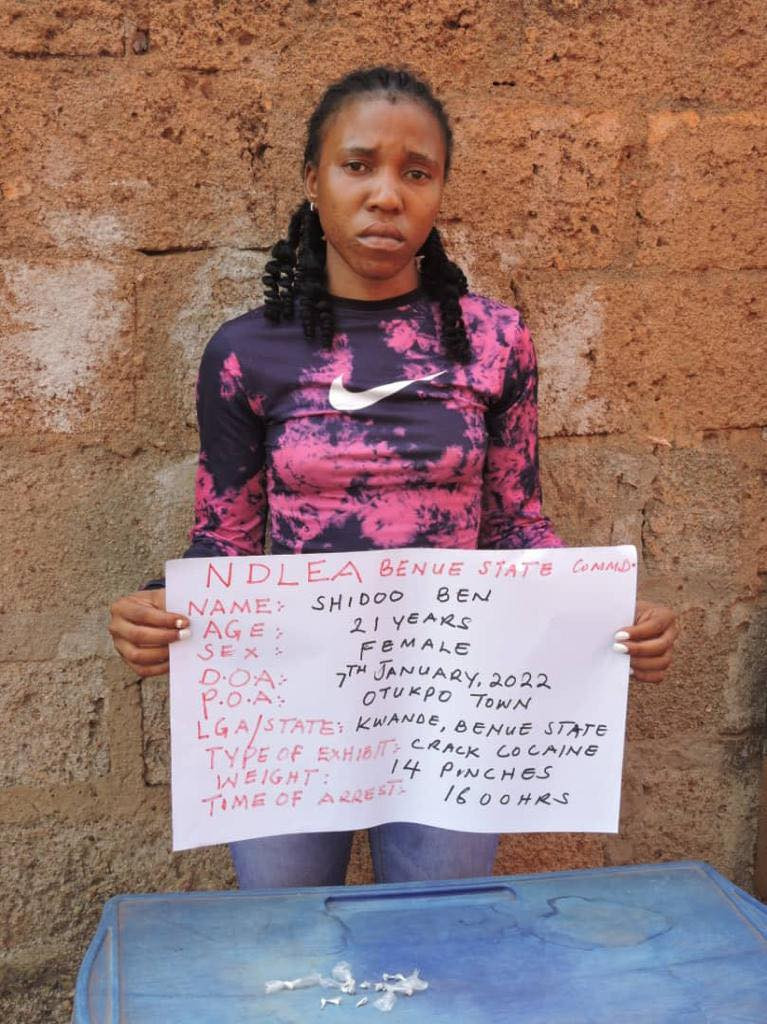 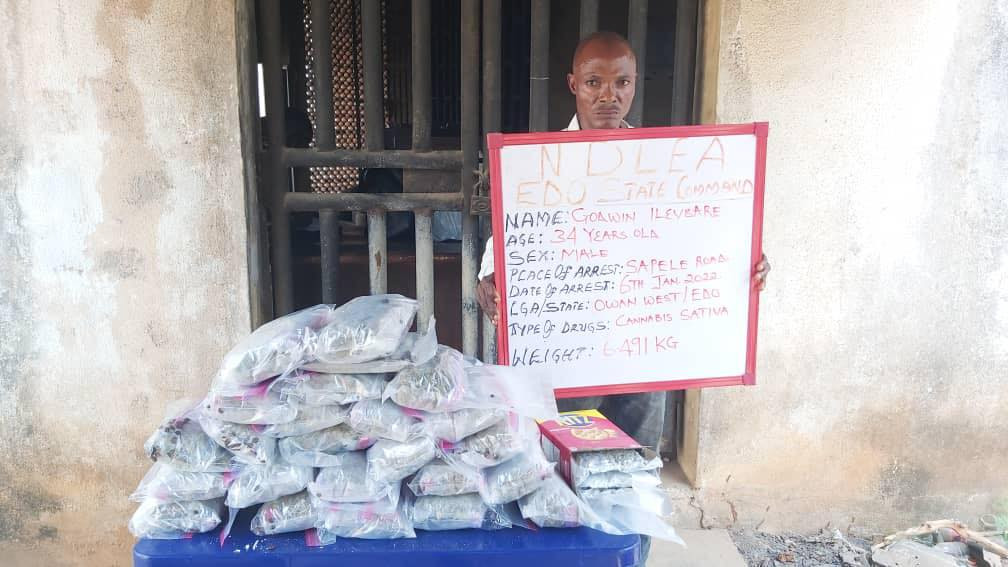 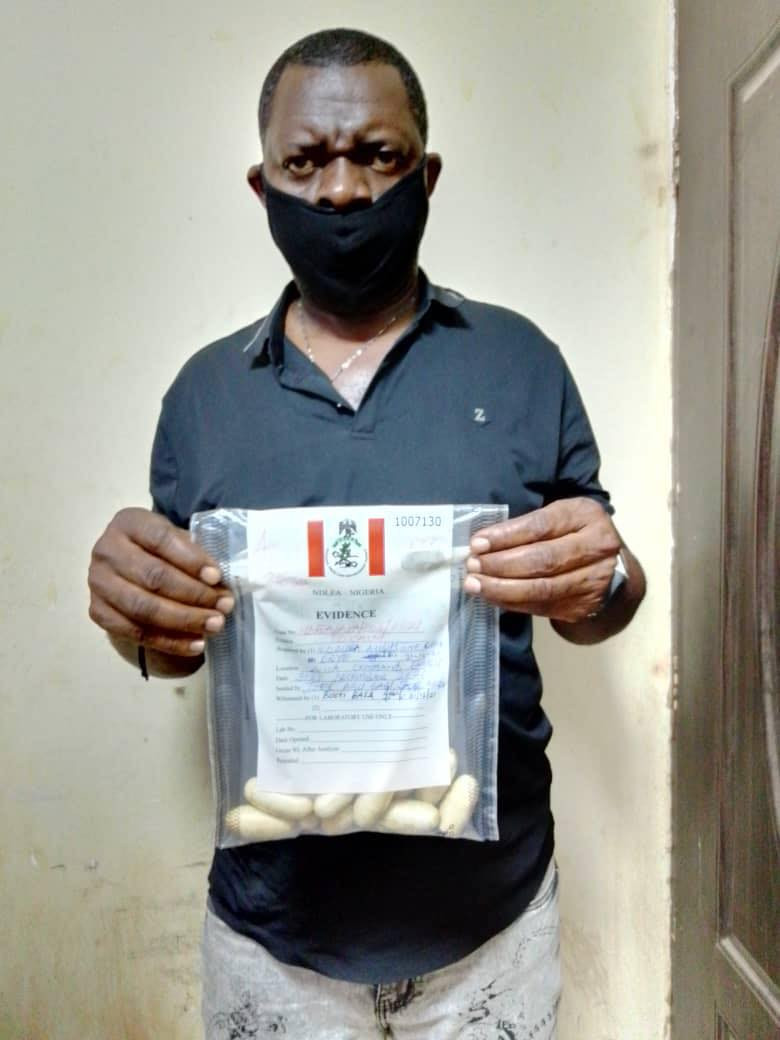